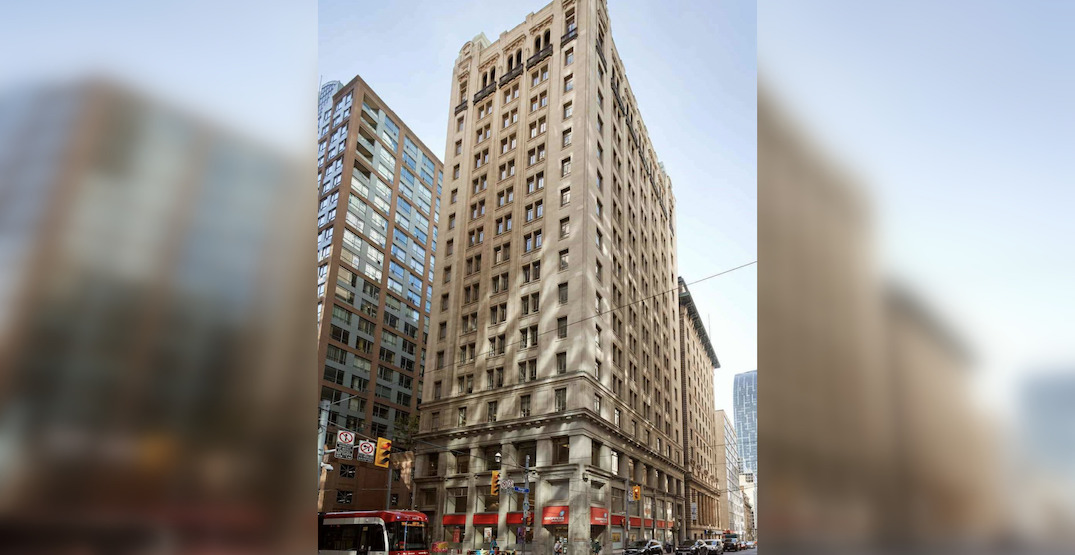 One of Toronto’s most historic buildings, the Canadian Pacific Building, is gearing up for a total transformation that would see it go from a sought-after office location to a residential tower.

The building’s owner filed plans with the City of Toronto to convert floors two through 15 of the 15-storey building at 69 Yonge Street into 67 residential units ranging from one-bedrooms to two-bedrooms plus den.

The ground floor where the Shoppers Drug Mart is located would remain the same, and the sub-basement level, which is currently unused space, would be transformed into a restaurant. 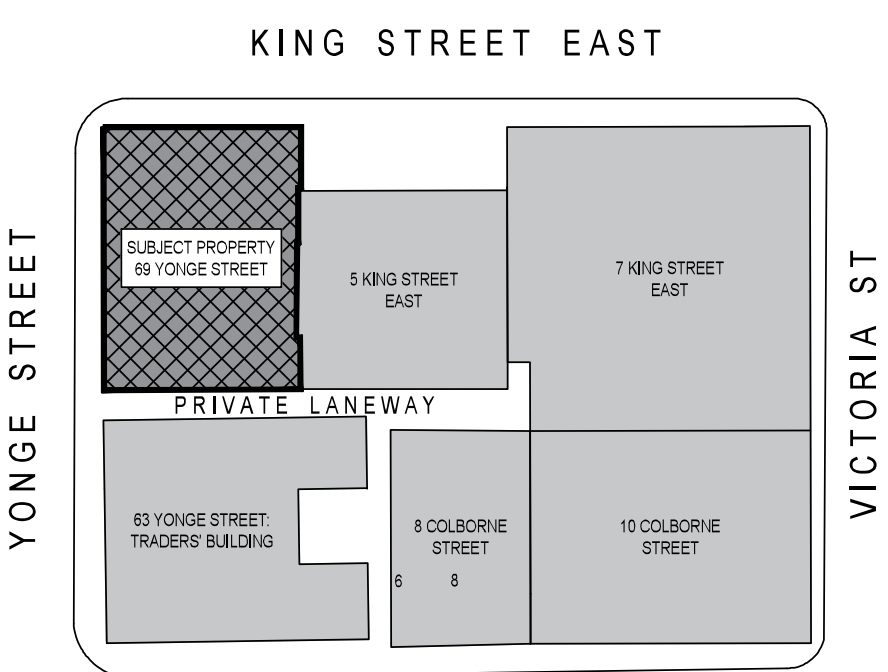 In 1990 it earned a designation under the Ontario Heritage Act, meaning the exterior of the building cannot be changed or demolished. The inside, however, is fair game, allowing H&R to repurpose it.

According to the plans filed with the City, the interior floors, which are currently clay tiles, will be replaced with a modern, thin concrete slab. A new entrance to the building will be added near the Yonge Street end of the south facade to allow access to an elevator going down to the new restaurant space.

The second floor of the building will have just two residential units, along with 135 square metres of indoor amenity space. An additional 74 square metres of outdoor amenity space will be created on what is currently an outdoor mechanical area. Floors three through 14 will each have five residential units, and the 15th storey will be the penthouse level, with five units each having upper and lower floors.

The proposed changes are still being reviewed by City Council and will need approval before construction can move forward.