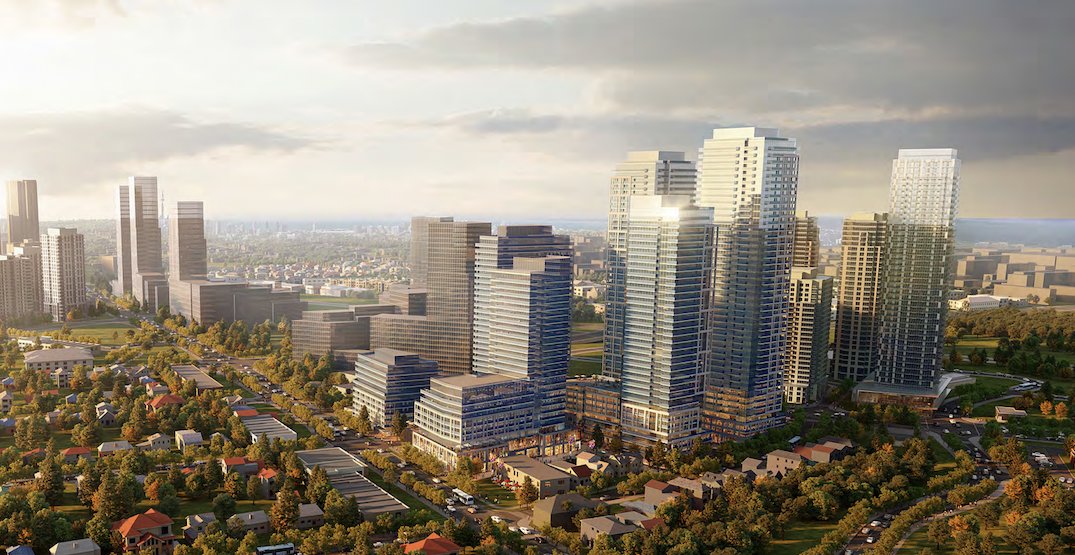 A Toronto plaza may soon look very different thanks to a seven-tower development. 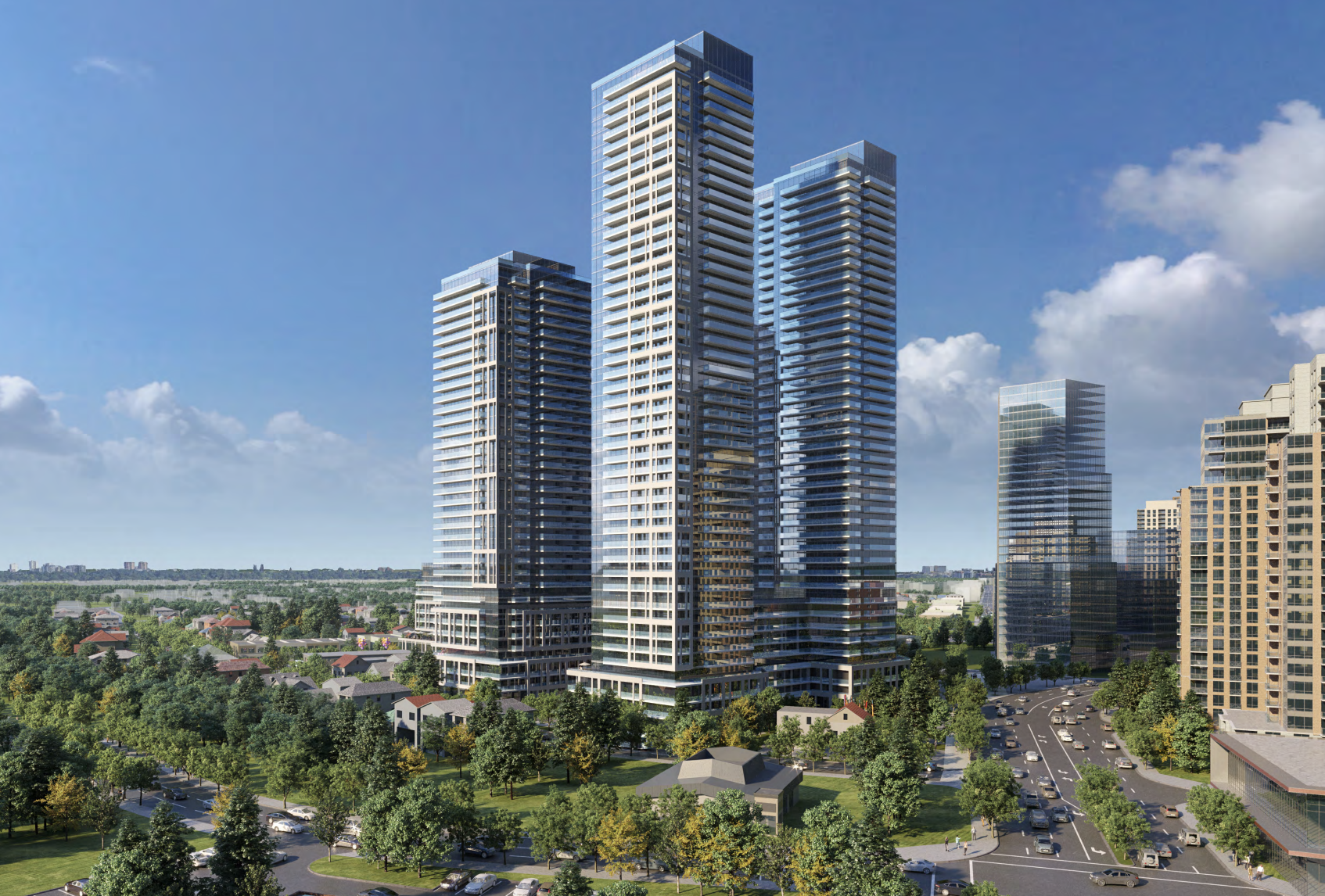 According to the development application, Six Points Plaza, located at 5230 Dundas Street West, is an “underutilized commercial plaza” that the developers hope to transform with seven towers ranging from 10 to 45 storeys in height.

The new buildings would contain a grand total of 2,130 residential apartment units, ranging from studios to three-bedroom units, and 5,287 square metres of non-residential space. The non-residential uses have not yet been specified, but according to the development plans, they will “allow future residents to access daily services and needs within proximity to where they live.” 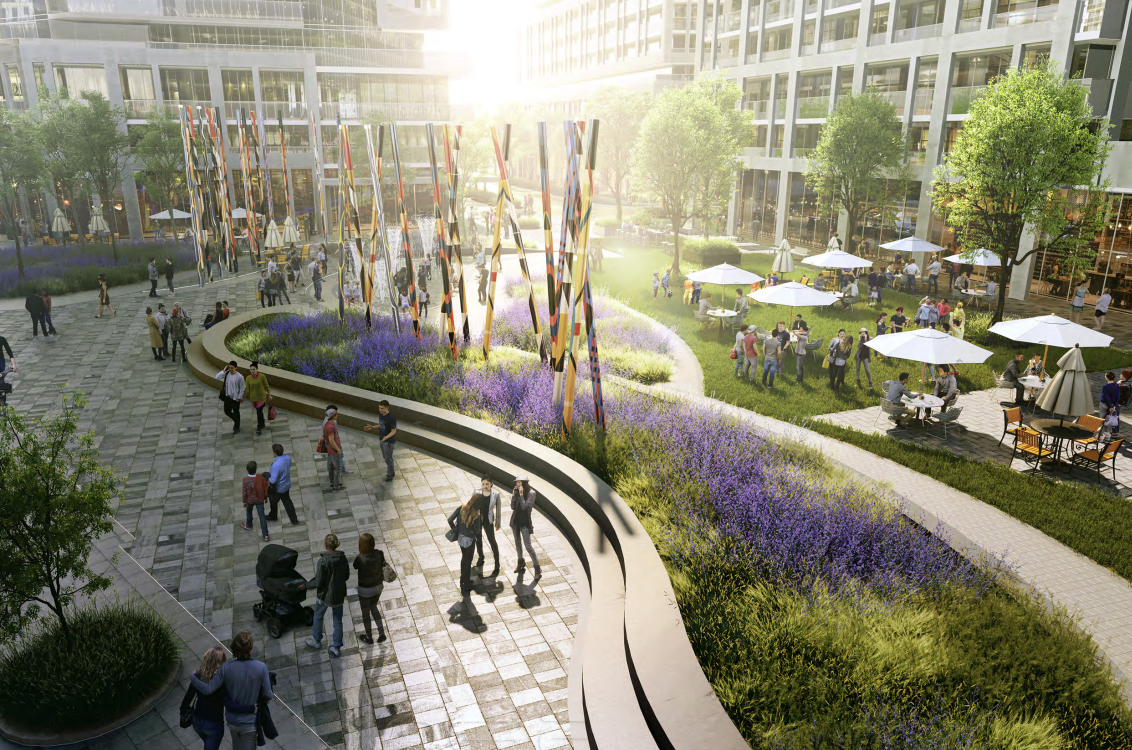 The park lands will go along the north side of Dundas Street West, west of Beamish Drive, and will span 2,310 square metres. The plans call for connecting promenades and an “abundance of trees.” 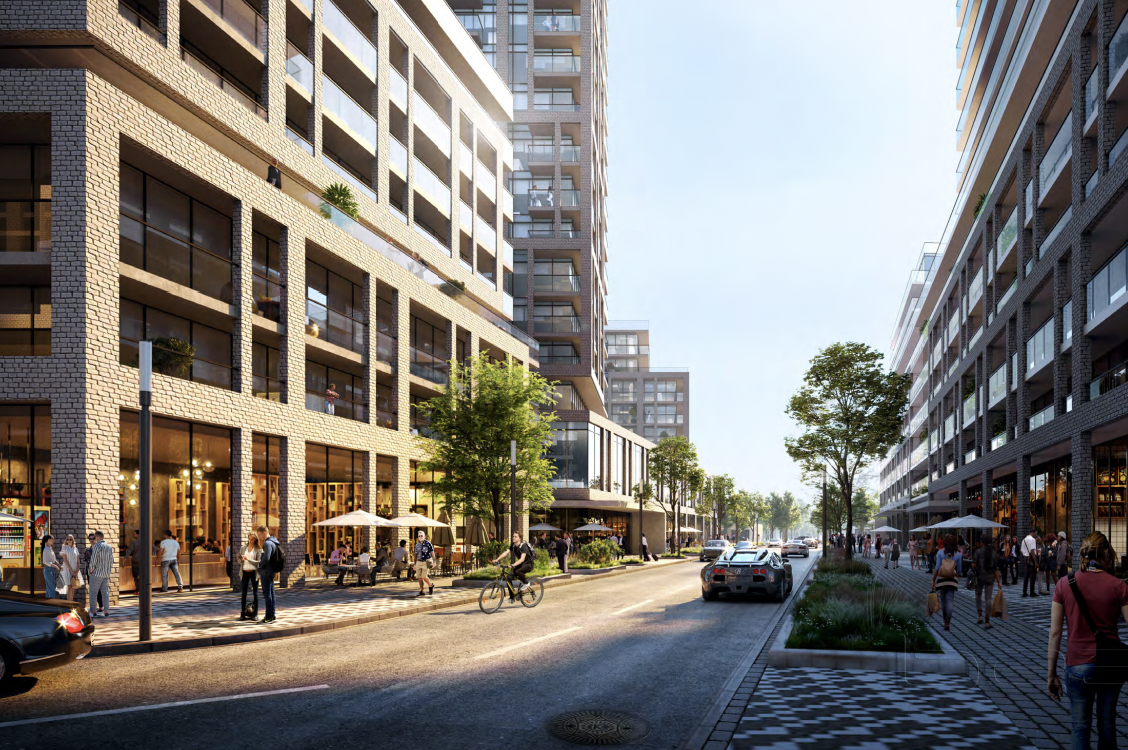 The proposed development is still being reviewed by the City for approval. It’s not yet clear when Six Points Plaza would need to close for construction. Currently, the plaza is home to a variety of stores, from Shoppers Drug Mart and M&M Food Market to Bulk Barn.