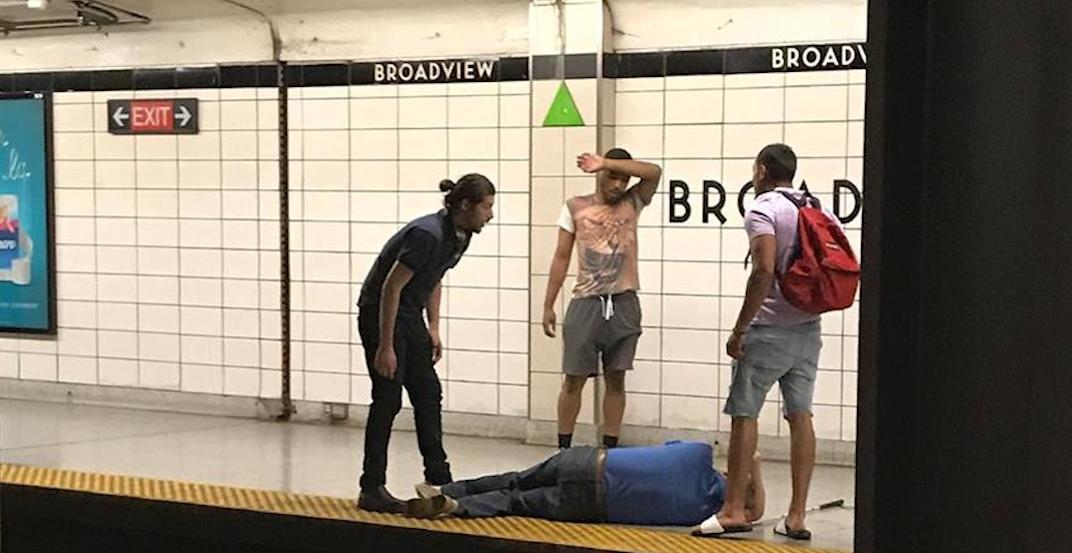 The three men who rescued a blind man that fell onto the subway tracks at Broadview Station last month were honoured for their heroism at City Hall today.

At a TTC board meeting on Tuesday, Mayor John Tory thanked Kyle Busquine, Julio Cabrera and Jehangir Faisal for going “above and beyond” to help a visually impaired man who fell on the tracks at Broadview Station on June 28.

Proud to personally thank Kyle Busquine, Julio Cabrera & Jehangir Faisal at the TTC meeting today for going above and beyond to help a man who fell on the tracks at Broadview Station last month. #TorontoTheGood pic.twitter.com/xonTaSVzNx

As a thank you, the men each received 12 months of free transit, according to TTC spokesperson Stuart Green.

Kyle Busquine, Jehangir Faisal and Julio Cabrera. These are the three men who rescued a #TTC customer who fell to track level at Broadview Station on June 28.
They’ll be receiving 12 months of free transit as a thank you. pic.twitter.com/D9PJJXTrxS