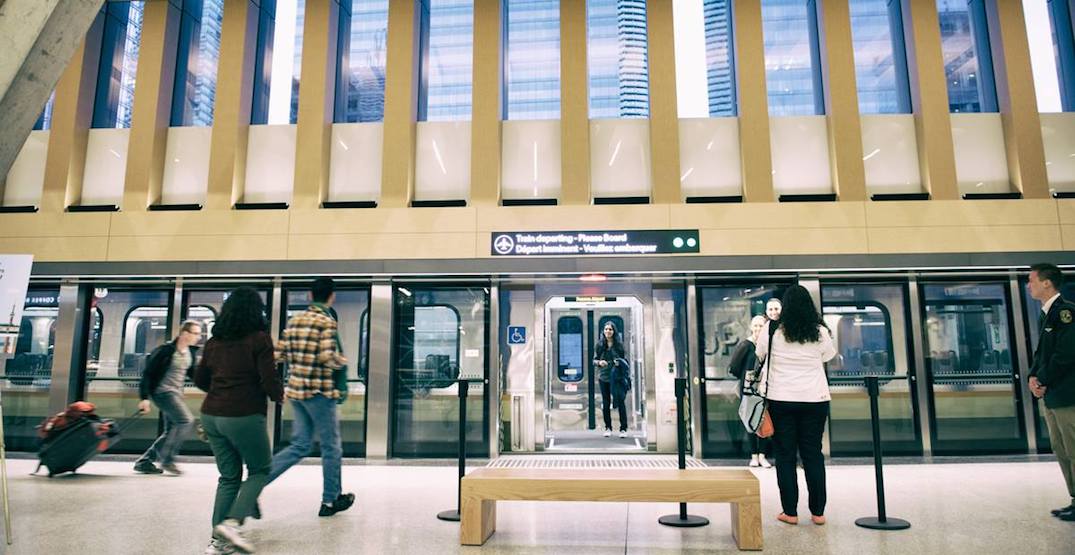 After a tragic week underground in Toronto, the TTC says it has an engineering study underway to install subway barriers.

On Monday afternoon, officers responded to a call at Bloor Subway Station after a 20-year-old male died at track level. Just two days prior, police say a woman fell off the subway platform and was struck by a train at Pape Station, where she was pronounced at the scene.

These two incidents are not related, but they are also not uncommon in major cities.

Sadly this morning two people were injured at track level – one at Yonge Stn and another at College Stn. One has since succumbed to their injuries.

And after Monday’s events, TTC’s Executive Director of Corporate and Customer Communications Brad Ross confirmed that subway barriers may be coming to Toronto’s underground.

With a study currently taking place, Ross said the estimated cost would be at least $1 billion to install.

Ross also told Daily Hive that the study will be completed in 2020, but there are no estimated dates as to when barriers would be installed – the study will inform that.

Engineering study underway. Once complete, estimated costing to be done, then funding. Doors are going to cost at least $1 billion.

On the train systems of many Asian and European cities, glass sliding platform edge doors have been installed as a safety measure to prevent accidental falls, suicide attempts, or even homicides by pushing.

The platform edge doors are automatically controlled and act as a barrier to the tracks, allowing access only when a train arrives and stops at the station.

In addition to safety, platform edge doors maximize the space usage of a station platform area by allowing passengers to crowd closer to the edge of the platform. It also improves the efficiency of passenger boarding by providing visible markers of where to wait or line-up.

In a TTC report from 2010, the agency looked at Platform Screen Doors (PSDs), which they said are considered very effective as they actually eliminate the hazard or prevent any track level intrusion situation from occurring.

“PSDs provide a barrier to track level along the entire length of the platform. The doors on the platform are synchronized to open with the doors of the train. There are a variety of PSDs in use throughout the world, but they can be generally divided into three broad categories by their height,” the report said at the time. “PSDs would eliminate suicides and other types of intentional or unintentional track level intrusion.

And if these doors look or sound a little familiar, it’s because Toronto is home to similar platform level doors at two Metrolinx stations – the UP’s Union Station and Pearson Airport.

Although this is the system used here, it’s not the only one available as the TTC noted.

Half height automated barriers are used in subways in Asia, creating a half height barrier from the station floor up to the station ceiling but leaving a gap at the top.

Whichever of the gating systems the TTC decides to go with, it will definitely be a major construction project for all the subway lines. The barriers would have to be added to 75 TTC stations over four different subway lines.

But it would lead to fewer injuries on tracks. 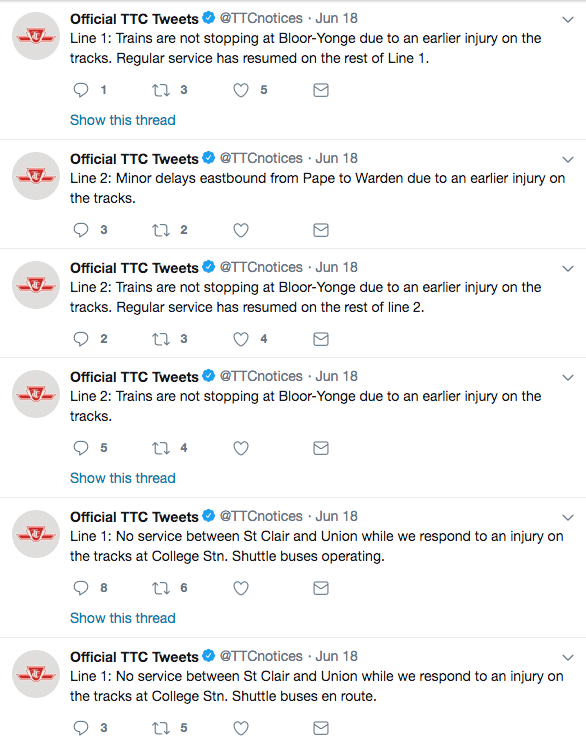 If you witnessed any tragic events on the TTC, and are having difficulty with what you saw, police recommend calling Victim Services Toronto’s crisis line at 416-808-7066.