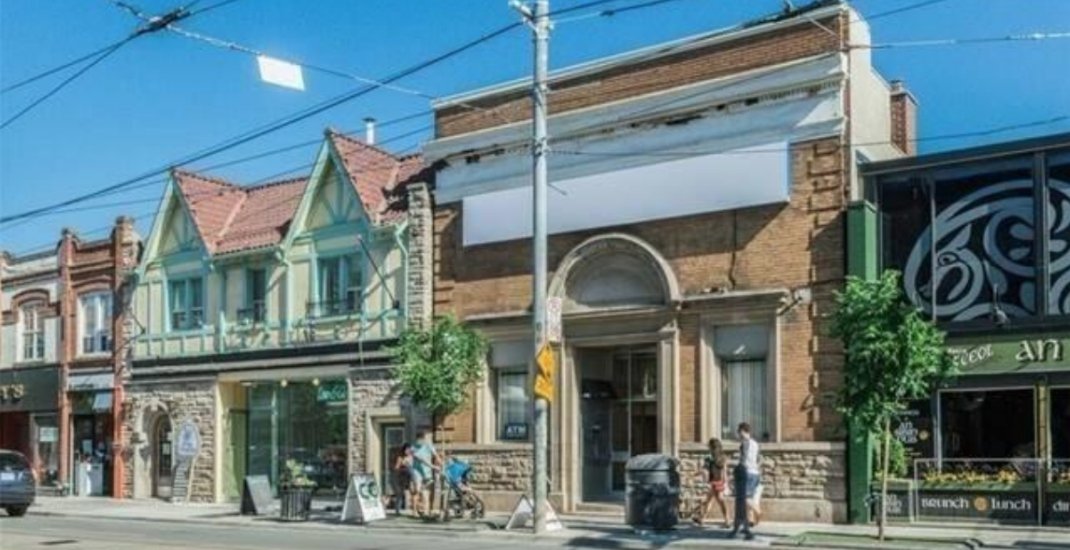 A Toronto property owner and entrepreneur identified only as ‘Dave’ has purchased the building at 711 Queen Street East and is soliciting ideas from the general public on what to do with it.

On a website seeking proposals for the space, Dave writes that “While I am sure that this location would suit the needs of a major food/coffee corporation, I thought I would do a little legwork to see if I can be involved in creating something special in this location.”

Until recently occupied by a dispensary, the landmark building situated at Queen East and Broadview was formerly a bank and Dave describes the area as “at the nexus of major development planned in the area.”

On the website, Dave writes that he is “able to back good ideas in which a good, profitable business can be created,” followed by a link to a pretty in-depth survey.

While Dave is all ears on what to do with the building, it seems he already has some ideas of his own. On the survey he notes, “I have a West-Indian background, and I would be thrilled to hear from someone who is interested in the restaurant business and who can help me establish a great West-Indian restaurant.”