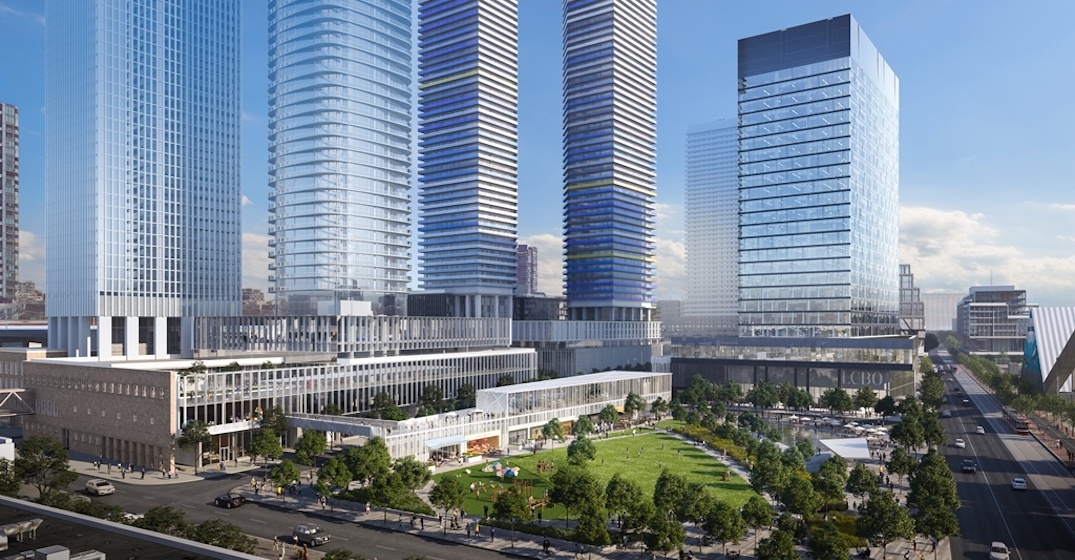 Toronto’s waterfront is getting a new development that’s bound to change its appearance.

Mayor John Tory was at the 11.5 acre location, which broke ground for construction on Thursday at 100 Queens Quay East. Lead by Menkes Developments Ltd., the property will soon be the new mixed-use Sugar Wharf community.

The Sugar Wharf development site was purchased by Menkes back in 2016. Currently, the Liquor Control Board of Ontario (LCBO) occupies three buildings on the property, a retail store, a four-storey office building and a warehouse facility, and when the new construction is completed, the LCBO will remain a major tenant at the Wharf.

Located at the northeast corner of Queens Quay East and Freeland Street, one block east of Yonge Street, the new office tower will be a 25-storey building designed by B+H Architects.

The LCBO will occupy approximately 225,000 square feet, or 33% of the East office tower, and the ground floor of the building will feature a 25,000 square foot flagship LCBO retail store, which is replacing the current Queens Quay store.

Besides the new office tower, the Sugar Wharf community will include retail and residential components. There will be approximately 300,000 square feet of multi-level commercial retail space, including the new flagship LCBO store, as well as a new grocery store.

As for the residential component, it will include five condominium towers, varying in height from 64 to 90 storeys, and a mid-rise rental building. According to the developers, they will pay tribute to the previous historic uses on the lands by integrating key elements of the existing LCBO office building and warehouse into the project and the creation of “a vibrant heritage mews.”

Menkes is also working with the Toronto District School Board as it intends to incorporate a new public elementary school into the community. The plan is to locate the school on the 2nd and 3rd floors of the commercial podium, which would make this the school board’s first vertically-integrated school in the City.

“Our goal with Sugar Wharf is to create a multi-dimensional, self-sufficient, 24/7 community that meets the diverse needs of the future population who will work, live and play here,” said Alan Menkes, President of the High-Rise Residential Division of Menkes, in a statement. “Toronto has a thriving downtown and people want to live here. We are seeing increasing demand for condominiums from all segments of the market, from first-time buyers, to families with children, to empty nesters.” 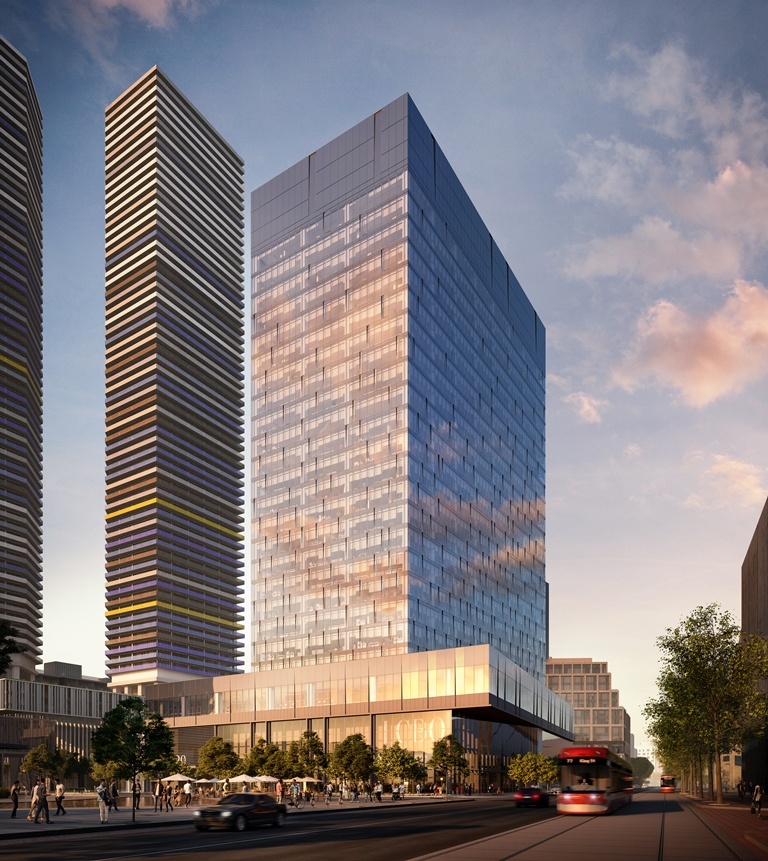 To add greenery to the area, a two-acre park is planned as an anchor to the Wharf, and will be located on the north side of Queens Quay East, between Freeland and Cooper Streets. Menkes says that the new park is envisioned as an active use space that will serve both the new community, school and the larger downtown core population.

Developers are planning to connect all buildings at Sugar Wharf to Toronto’s weather-protected indoor PATH pedestrian system, when the PATH network is expanded east of Yonge Street in the future.

Occupancy for the 100 Queens Quay East office tower is expected in the spring of 2021.