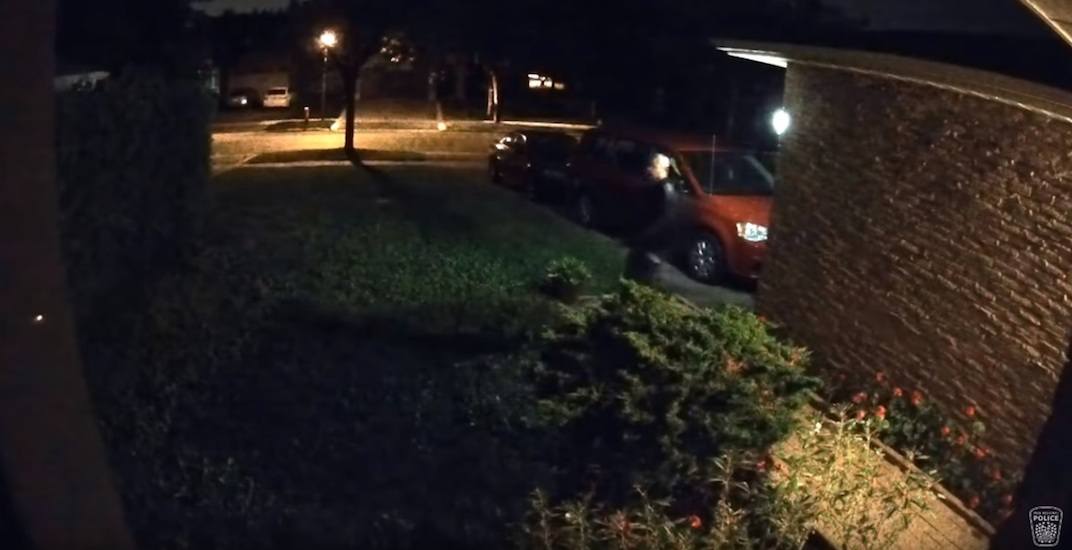 Peel police have released surveillance video of a suspect wanted for sexually assaulting a girl under the age of 16.

According to police, on Sunday, September 2 around 3:30 am, the teenaged girl was in her residence in the area of Massey Street and Mallard Crescent in Brampton.

The victim was confronted by the suspect, who broke into her home and proceeded to sexually assault her. The suspect then fled the residence.

Police described the suspect as a Black male, around 30-years-old, average height, with a medium build.

He is bald, with a small moustache and a goatee and he was last seen wearing a black zip-up sweater and jeans.

Investigators obtained surveillance footage and are hoping it will help identify the man.