Just days after The Bentway announced its official opening date, the skating trail got another financial boost to make it even bigger than originally planned.

The highly anticipated Bentway Skate Trail, located under the Gardiner Expressway, was approved an additional $500,000 at Toronto’s City Council meeting on Thursday.

The new funds will increase the city’s contribution to the Waterfront Revitalization Initiative from $23.5 million to $24 million, and will see the trail extend east of Bathurst. Initial plans saw the project stretching from Strachan Avenue to Bathurst Street, with a 1.75 km trail and series of public spaces will knit together seven neighbourhoods – Exhibition Place, Liberty Village, Niagara, Fort York Neighbourhood, Bathurst Quay, Wellington Place and CityPlace. 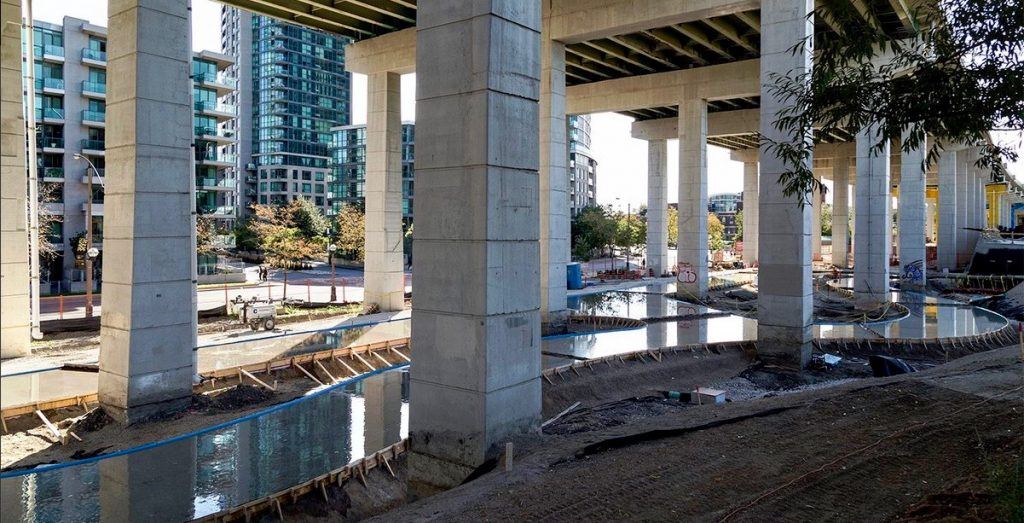 According to the City, the trail development was made possible by an initial private donation of $25 million, and the project will “transform 10 acres of vacant space beneath 55 bents of a western segment of the elevated Gardiner into unique open spaces, or “rooms,” featuring public art, landscape improvements, destination space for festivals and markets, a signature elevated bridge, winter skating trail, as well as a pedestrian and cycling trail.”

A City report says that there are opportunities to extend portions of the first phase of work east of Bathurst, to further enhance the animation under the Gardiner.

“These include extension of the signature skating trail, which would stretch the length of the entire planned project, and other innovative paces and activations under the Gardiner,” states the report.

And with the city’s approval, it will do just that.