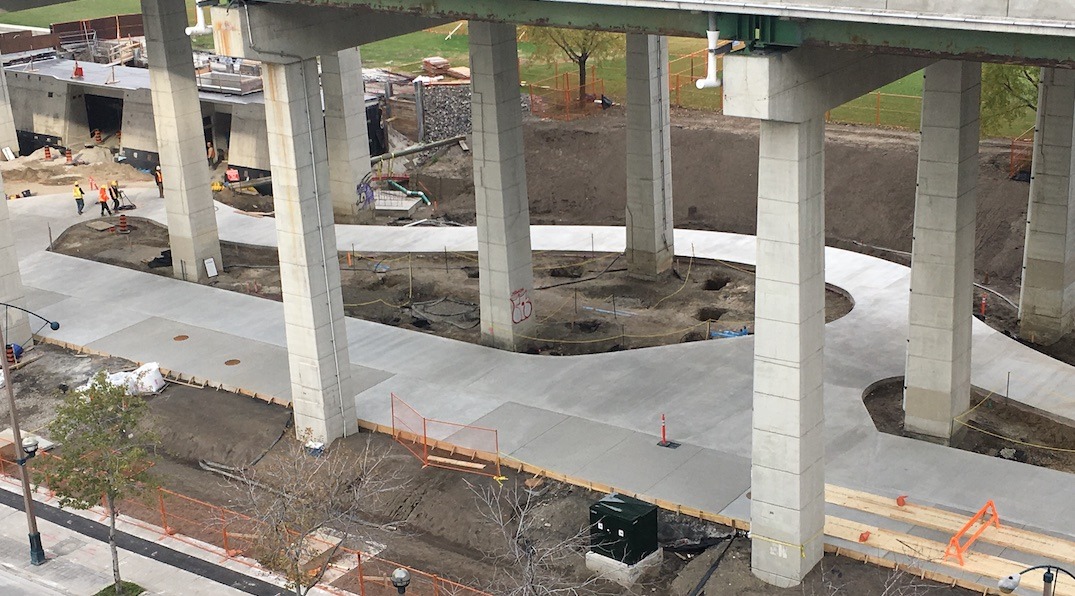 The Bentway is underway.

Toronto’s latest addition to an innovative public space is slowly taking shape under the Gardiner Expressway.

The outdoor skating path began its construction in October, and it’s already looking like your new favourite trail. 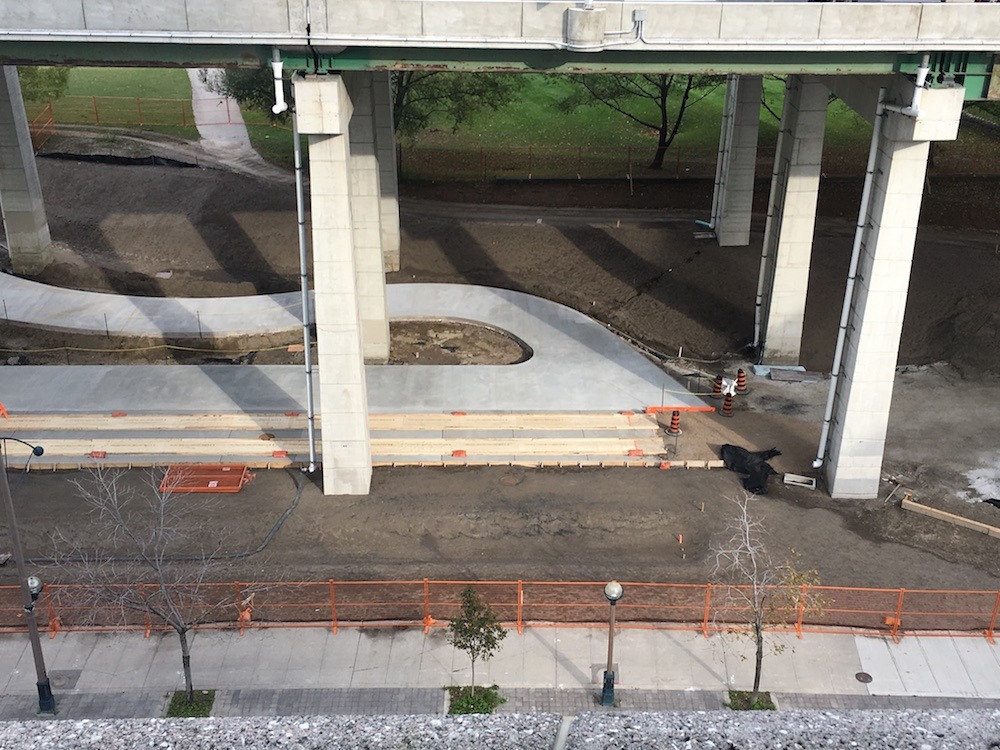 According to The Bentway, the path will stretching from Strachan Avenue to Bathurst Street, and will be a 1.75 km trail and series of public spaces will knit together seven neighbourhoods – Exhibition Place, Liberty Village, Niagara, Fort York Neighbourhood, Bathurst Quay, Wellington Place and CityPlace.

The new urban corridor will not just be for skating, it’s a multi-use trail that will provide access to year-round activities and events for Torontonians, including gardens, recreational amenities, public markets, public art, special exhibitions, festivals, theatre and musical performances and more. 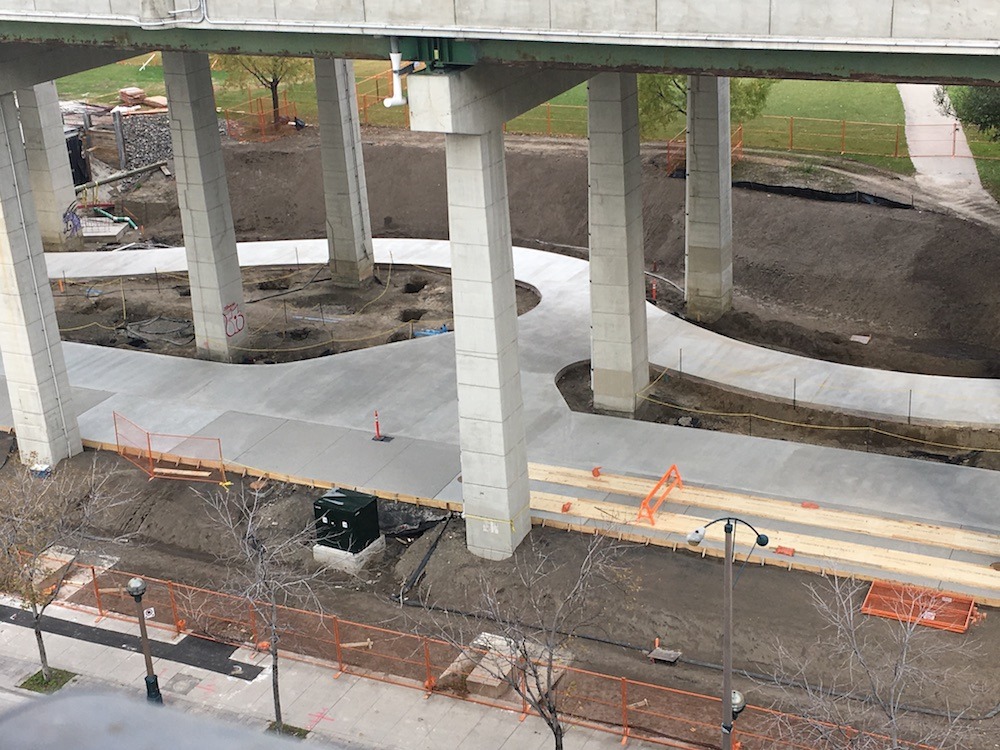 Currently, the trail is designed in phases and will have a series of openings in 2017 and 2018. The Bentway states that the first area to be completed will include: preliminary connecting trails and landscaping; a platform in front of the Fort York Visitor Centre; and the initial stages of the large performance space adjacent to Strachan Avenue.

Meanwhile, the second stage to be completed will include: the skating trail and building, and a third will finalize the last pieces and complete the full vision for the space including; the final trail connections and landscaping; and the full development of the performance space adjacent to Strachan Avenue.

And for now, the Fort York stretch is taking shape, and we couldn’t be more excited! 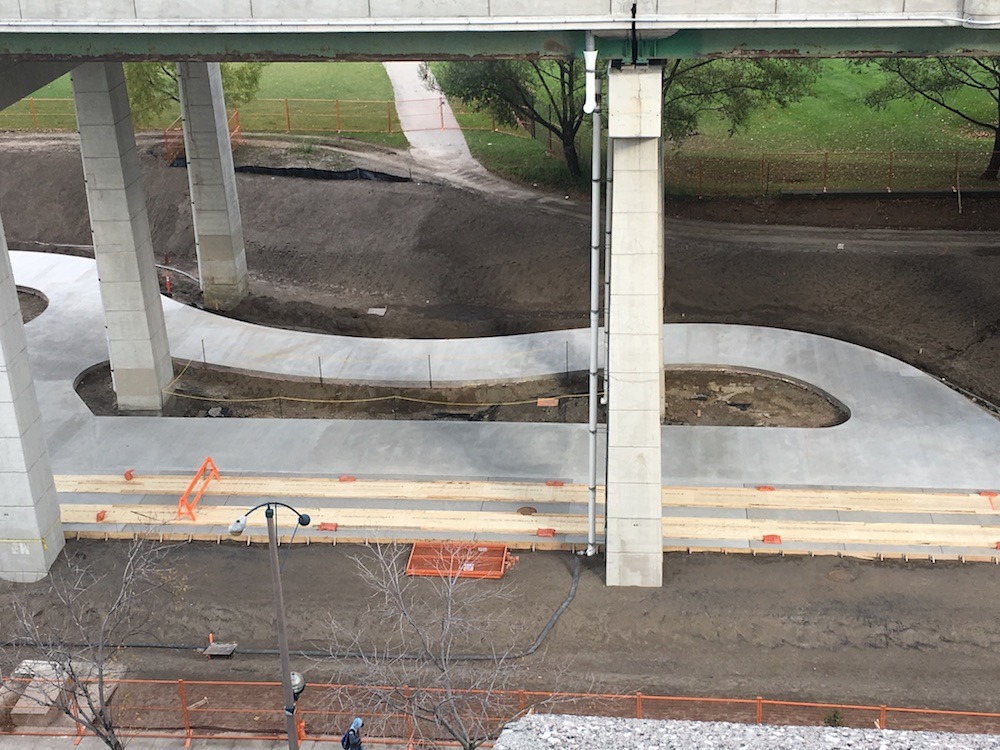