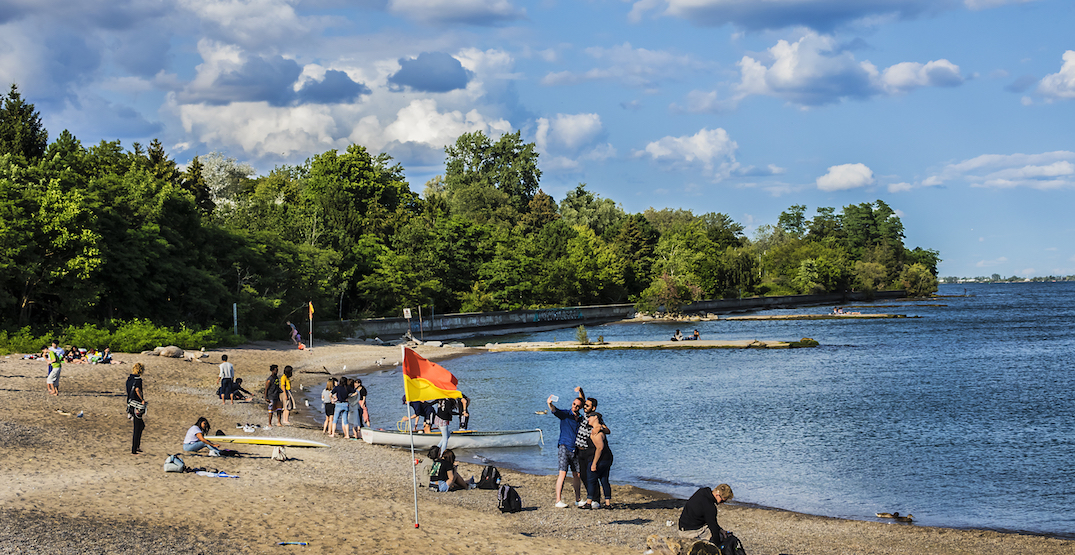 After a seemingly very long Toronto winter, the city’s beaches are officially reopening this week.

Although Toronto’s beaches have been accessible all winter long, the City defines them as “open” once they are being maintained and supervised. And starting June 5, lifeguard supervision will be back on the beaches, a City spokesperson confirmed to Daily Hive.

As an alternative swimming spot, Toronto’s outdoor pools typically open for the season starting in mid-June. This year, however, the opening of the pools is dependent on Ontario’s overall reopening, so an official date has not yet been set.

“This year, the opening and operations will be subject to provincial regulation,” City of Toronto spokesperson Christina Barnes said.

Beach washrooms have already opened for the season, including the facilities at Woodbine, Centre Island, and Cherry beaches. The washrooms are open daily from 9 am to dusk, according to the City’s website.

Under the province’s current Stay-at-Home order, which is in effect until June 2, outdoor gatherings are limited to members of the same household. The City’s physical distancing bylaw requires those in parks, beaches, or other public spaces who don’t live together to maintain two metres of distance.

The City previously issued reminders to residents that bonfires, littering, and alcohol consumption are not permitted at the beaches.

Additionally, the City, said people found littering at Toronto’s parks and beaches could be fined $500 if they’re caught.