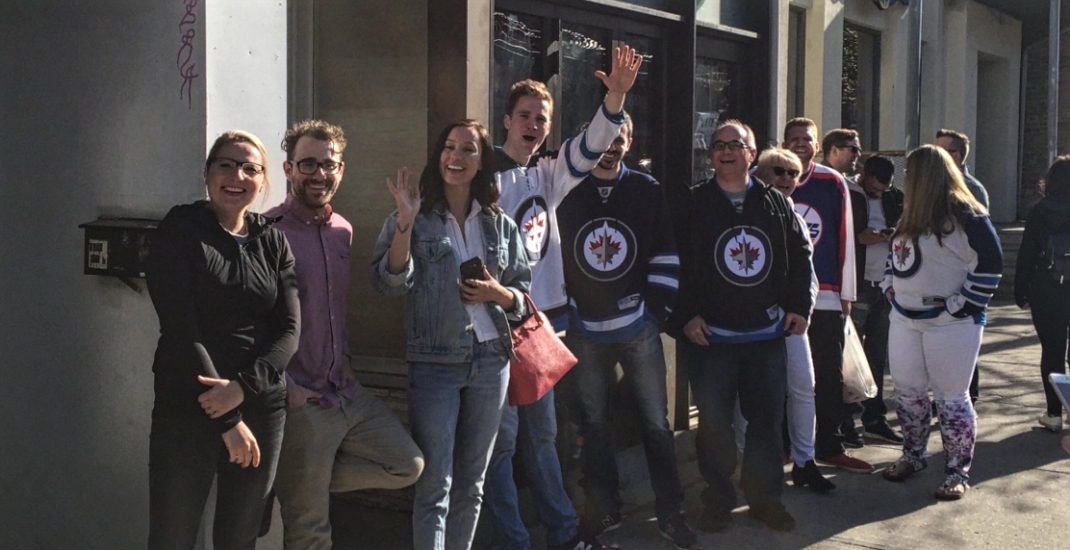 With the Maple Leafs out of Stanley Cup playoffs, fans are jumping on the bandwagon of the sole surviving Canadian team. One bar is capitalizing on that market, as it has become the place to be for Winnipeg Jets fans this spring.

Motel Bar in Parkdale isn’t just some bandwagon-hoppers’ bar. Jets hockey is playing “on any given night,” according to Ian Johnston of Toronto Storeys.

Owner Daniel Greaves, a Winnipeg native and lead singer for The Watchmen, shares in an interview that “the whole Jets bar idea emerged rather accidentally,” and has since caught on with fellow Winnipeg-to-Toronto transplants.

our first line up! pic.twitter.com/k82H0GaT1J

The raucous jersey-clad crowd was in high spirits last week when the Jets defeated the Nashville Predators in Game 7 and the party continues tomorrow as the team faces off against the Vegas Golden Knights for Game 3.