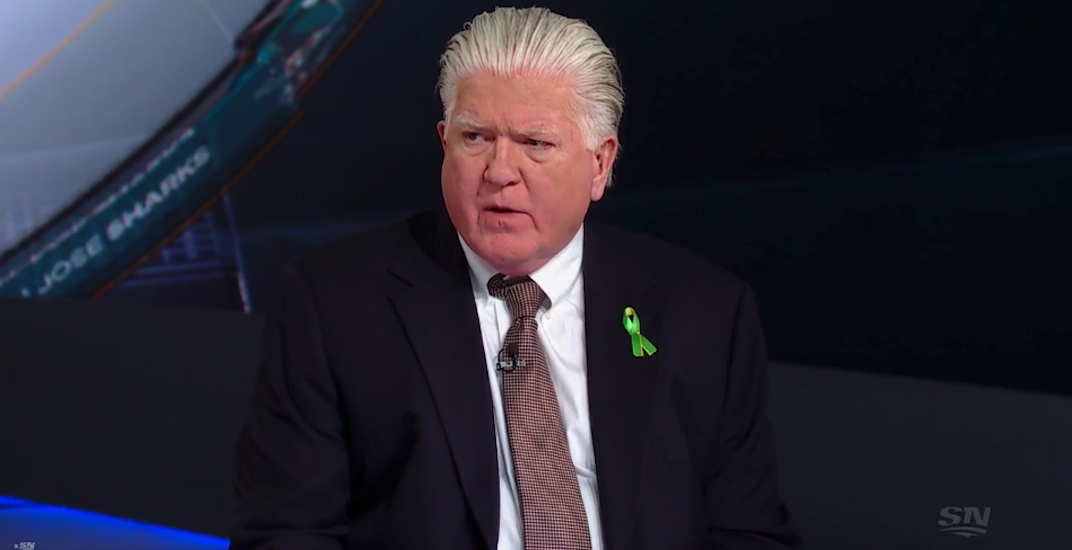 The biggest surprise of the Stanley Cup playoffs came on Monday night, and I’m not talking about another win by the expansion Vegas Golden Knights.

Brian Burke, who recently left his position as president of hockey operations with the Calgary Flames, appeared on television wearing a tie.

I mean, he was actually wearing it. Tied up and everything.

Although, not at first.

Burke, who was hired by Sportsnet as an analyst for the remainder of the playoffs, was on with Ron MacLean during the first intermission of the early game between Boston and Tampa Bay.

The tie, as we’ve grown accustomed to over the years, was untied. 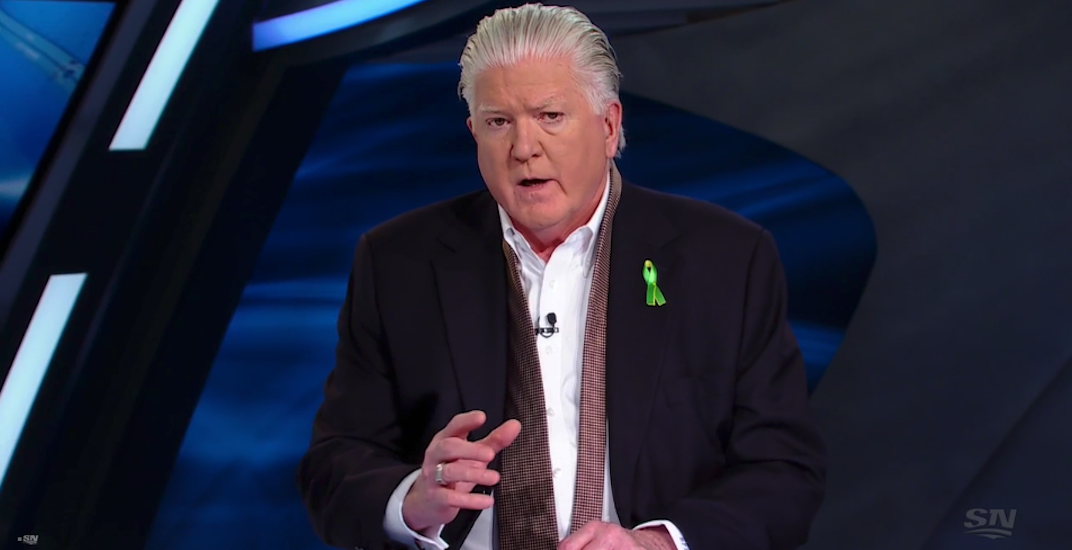 “I tie it for the team picture, tie it for the draft, and tie it for funerals,” Burke told Sportsnet over the weekend, adding that he goes with the single Windsor as his knot of choice.

Burke wasn’t on during the second intermission, but he returned to the air after the first period of the late game between Vegas and San Jose with the Sportsnet panel.

But this time, to the shock of everyone, Burke wasn’t sporting his signature look. The tie was tied!

Not only could fans at home not believe what they were seeing, neither could the panel.

“I like your tie, by the way,” said Kelly Hrudey, laughing.

“I can’t take anything you say seriously with a done-up tie,” Elliotte Friedman said with a sparkle in his eye. “It looks ridiculous.”

It’s been years since we’ve seen Burkie appear in public wearing a tie properly. So you can understand these reactions on social media:

Apocalypse confirmed… Brian Burke’s tie is TIED UP. What!?!? pic.twitter.com/Y8BLpDdGQn

Brian Burke has his tie on and tied.. looks pretty rough pic.twitter.com/rhYOdcH3EL

Is Brian Burke on @Sportsnet right now with his tie…..done up?!?

What is this sorcery!

Who taught Brian Burke how to tie a tie? #sportsnet #VGKvsSJS

I'm disappointed that Burke's tie is done up and his hair is combed. @hockeynight

Brian Burke is not as good with his tie done up. Go back to his natural state with the tie draped around his neck. Put him back at ease.