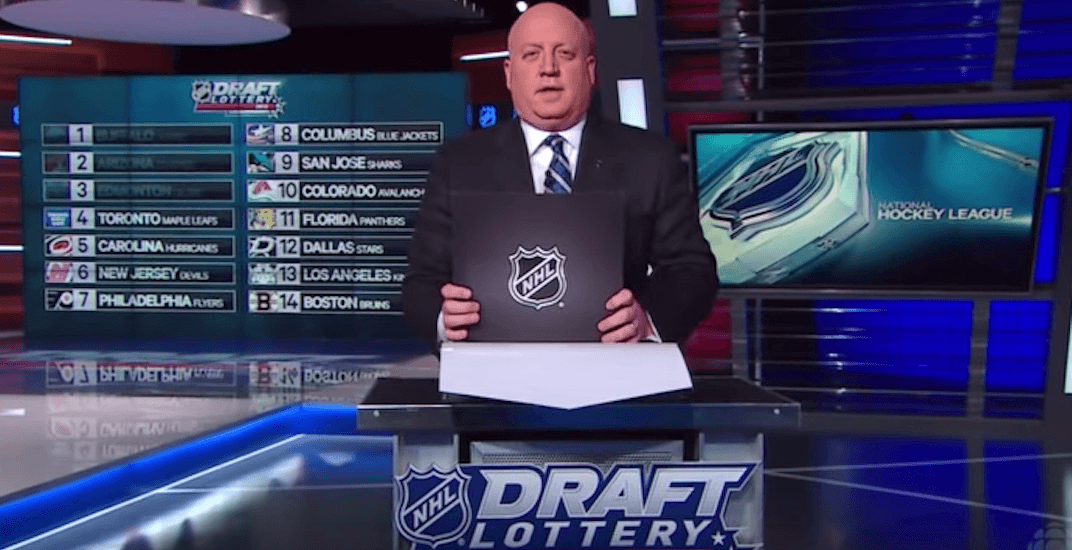 As the battle for the Stanley Cup continues, second round pairings only look to bring more playoff excitement in the coming weekend.

Perhaps just as important as the games, however, is the 2018 NHL Draft Lottery. The draft lottery will take place on Saturday, April 28, on Sportsnet, CBC, and Sportsnet NOW, but will include a peculiar change in this year’s formalities.

This year, the NHL Draft Lottery will be spread over the course of the evening – two hours to be exact. Picks 15 through 4 will be decided during Hockey Central Saturday and starts at 7:30 pm ET/4:30 pm PT.

There will then be a break, with the top three picks being drawn during the second intermission of the San Jose vs. Vegas game.

The extended draft creates some unwelcome suspense for many of the teams vying for the first pick. For the several Canadian teams in the running for Rasmus Dahlin, their organization and their fans will be subject to either early disappointment or prolonged suspense.

The Ottawa Senators have the second highest lottery odds in the entire league, with a 13.5% chance of getting the coveted first overall pick.

While the Montreal Canadians sit slightly further back, with a 9.5% chance to win the lottery, the most likely outcome would include Montreal dropping from their fourth place spot.

Now that this year’s lottery probabilities are finally available (https://t.co/n5L9LjUzAV, thanks to @frank_seravalli for the link) I’ve worked out the chances for every pick for every finishing spot.https://t.co/xKnAd2K5XO pic.twitter.com/z7QPDaYrim

The Vancouver Canucks, who finished in the bottom sixth spot, have a slim chance to grab a top-three pick and a 7.5% chance at the first overall pick. While there’s no chance for them to move up to fourth or fifth, they could also see themselves dropping as low as ninth place. 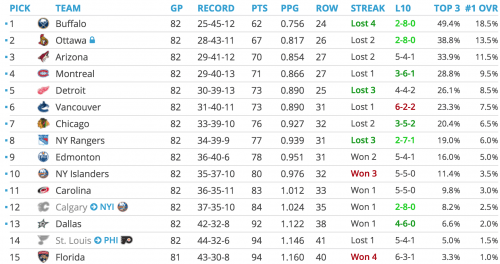 Or, of course, Edmonton could just win it again.