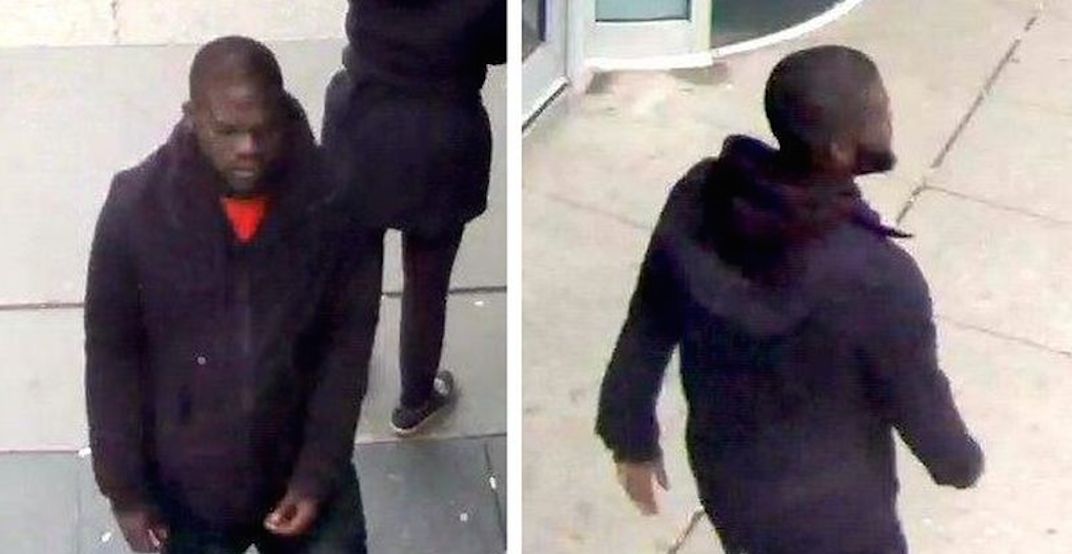 The Toronto Police have requested the public’s assistance with an assault investigation.

According to police, on Thanksgiving Monday just after 11:30 am, officers responded to a call in the area of Yonge Street and Dundas Street West.

Police say that a man confronted two women, and then turned towards another man, punched him and slashed his hand with a knife.

The suspect is described as being in his 30’s, approximately 5’8″, with a thin to medium build, a short afro, and he’s unshaven. The suspect was seen wearing black pants, and a black and red shirt under a black jacket. 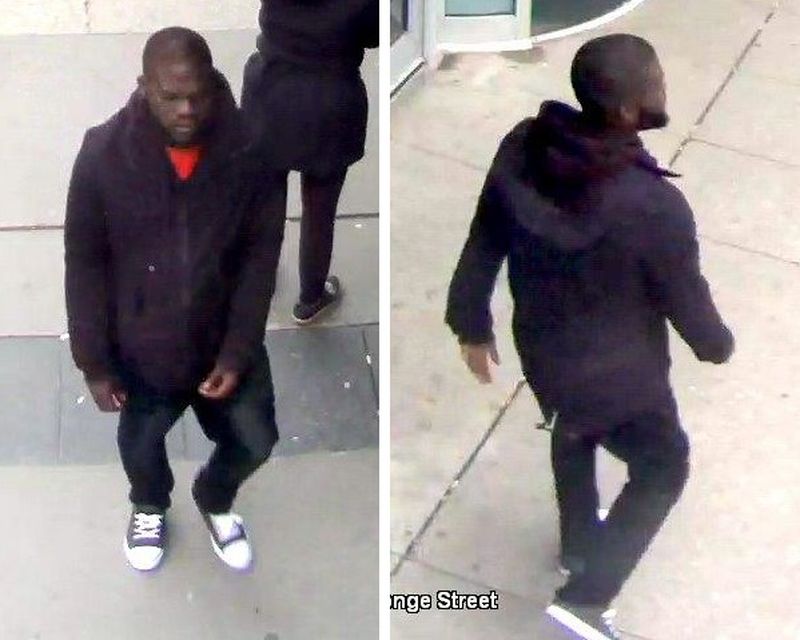 Investigators have released security images of the suspect and are appealing to anyone with information or who witnessed the incident to contact police at 416-808-5200, Crime Stoppers anonymously at 416-222-TIPS (8477) or online.