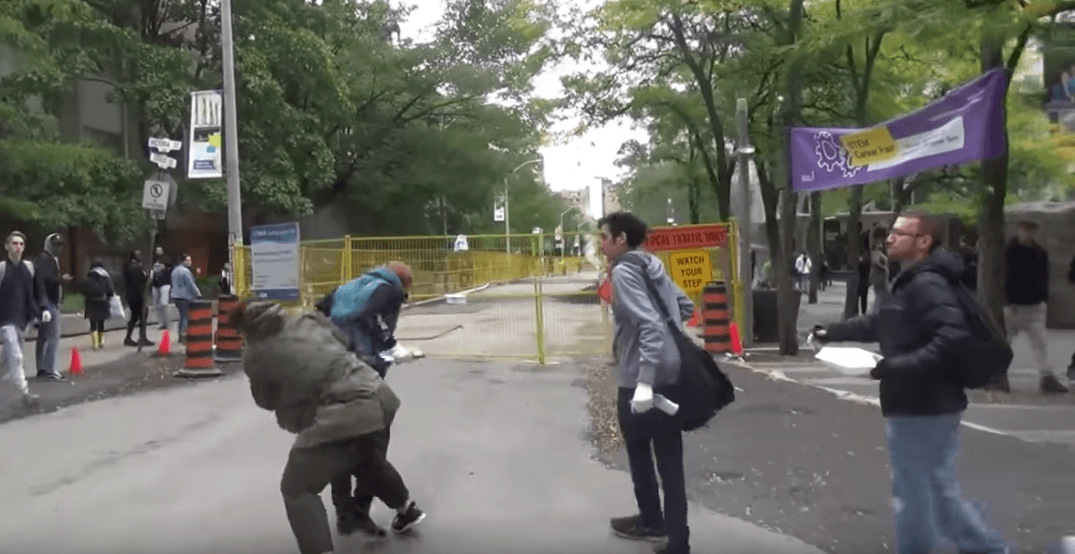 Another pro-choice activist has been caught on video violently attacking pro-life protestors in Toronto this month.

According to the Toronto Against Abortion (TAA) group, the latest incident took place on Monday, October 1 during an anti-abortion rally near Ryerson University, when two TAA members were attacked while engaging in civil discussion about abortion with pro-choice counterprotesters.

In the video, that’s now circulating online, protestors can be seen having a discussion as a pro-choice activist approaches and begins kicking and pushing two TAA members before throwing a metal dolly cart at them.

The attacker, who the TAA alleges is Ryerson student Gabriela Skwarko, appears to reach into one of the pro-life protestor’s backpacks and pulls out an object, smashing it on the ground before continuing to shove her.

Daily Hive contacted the Toronto Police for a statement on Wednesday morning, but the police have yet to provide a comment on the incident.

Hunt has since been fired from his job at Noble Studio 101.