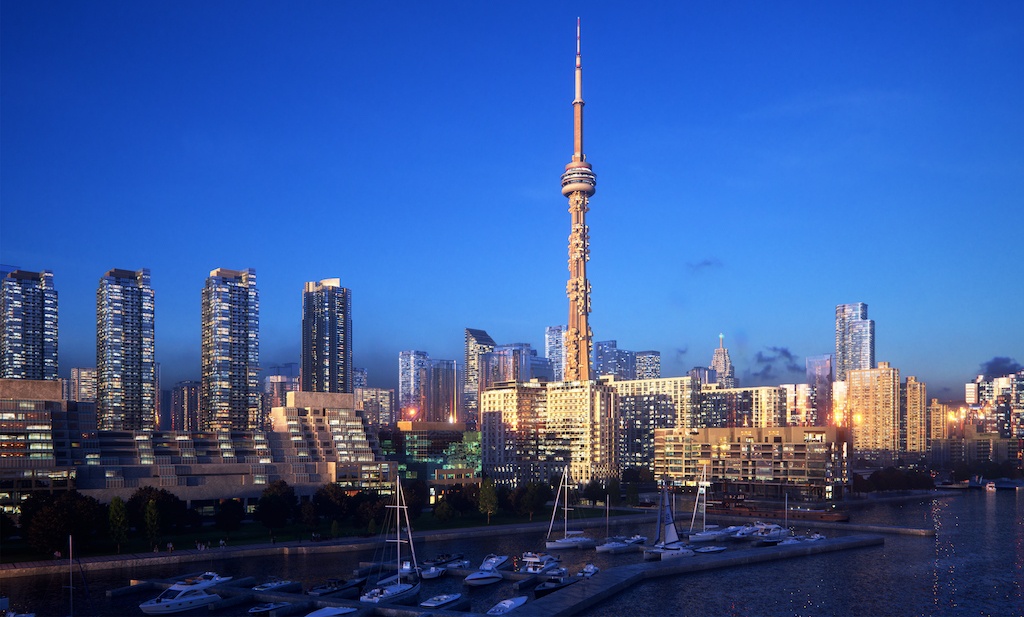 Amidst news of rising housing costs in Toronto, ever wonder what it would cost to live in a city landmark?

What about the Toronto landmark. You know, the CN Tower.

While it may never be a residential condo building, the city’s most popular tower got a reconceptualization that got us thinking about the idea of living a few hundred flights up.

The detailed renderings of the CN Tower as condos were designed by local Toronto firm Quadrangle. In the reimagined photos, Quadrangle’s added modular wood residential units to the dies of the Tower, following the city’s tradition of reinvention and exploration.

Quadrangle’s proposal reinvents the landmark and in so doing also reinvents the tower as a symbol of Toronto’s ingenuity and progress. We hope that the design’s versatility inspires similar projects on other large-scale freestanding developments globally, increasing the value they bring to their home cities and environments. 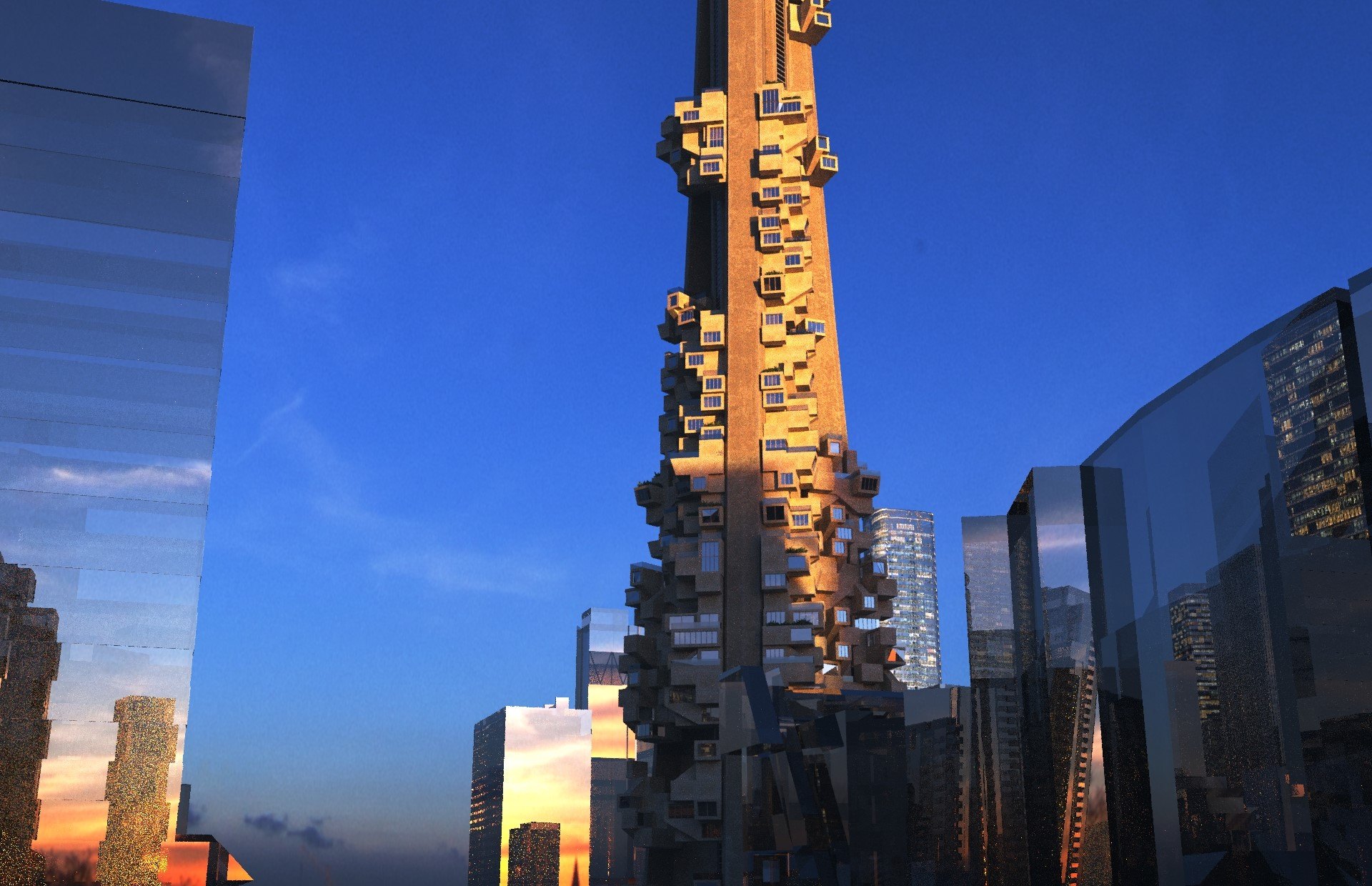 According to the release, “Quadrangle saw an opportunity to reinvigorate the tower with desirable market condominiums, in an excellent location with unparalleled views, while maintaining the building’s existing and successful functions.”

The tower’s would-be design includes units made from Cross Laminated Timber (CLT), a light and versatile project that would allow the condos to be “hung” between the wind-shielding “wings” of the CN Tower.

The versatility of CLT would also enable the condo buyers to purchase made-to-order units, varying in layouts for different lifestyle choices.

“Regardless of the scale or configuration, each room will offer phenomenal views of the city,” states the release.

And who can argue with that? 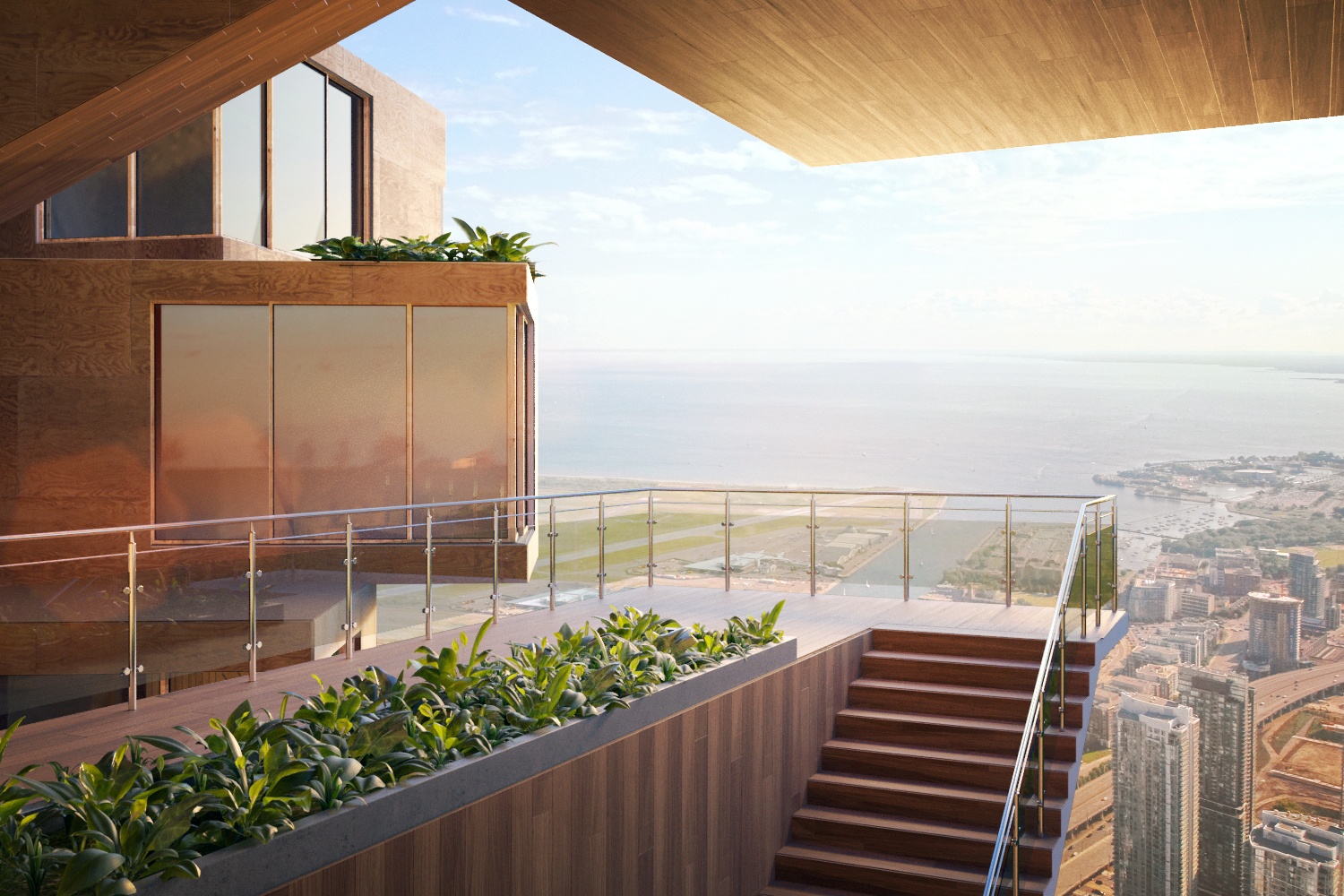