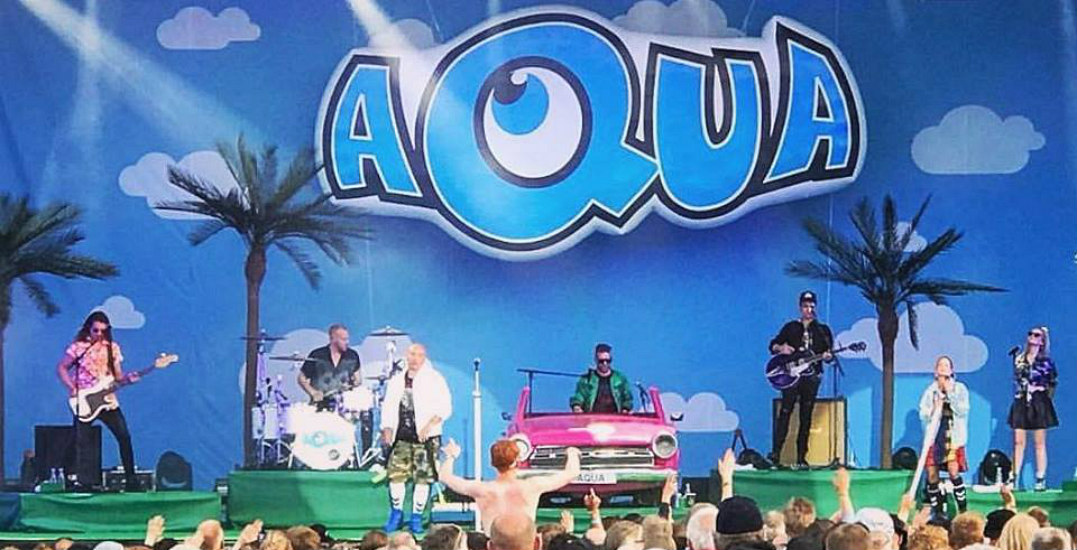 The music news you’ve been waiting to hear since your childhood has finally been announced — Danish group AQUA is coming to Toronto.

On their first-ever Canadian tour, The Rewind Tour, the 90s pop group will be performing a concert at Echo Beach on September 8.

Joining the ‘Barbie Girl’ singers on tour for the ultimate throwback concert will be Canadian favourites Prozzäk and ‘Saturday Night’ hitmaker Whigfield.

As Denmark’s biggest pop act of all time, AQUA has sold an estimated 33 million records since 1996, and one million in Canada alone.

You can expect to hear megahits like ‘Roses Are Red’, ‘My Oh My’, ‘Doctor Jones’, ‘Lollipop (Candyman)’, ‘Turn Back Time’, ‘Cartoon Heroes’, ‘Around The World’, ‘We Belong To The Sea’, and many others at the upcoming September concert.

The show will take you right back to the era of video countdown’s and high school dance parties as the concert kicks off with a Much Video Dance party.

Set your calendar reminders now, tickets go on sale to the public June 1 at 10 am. 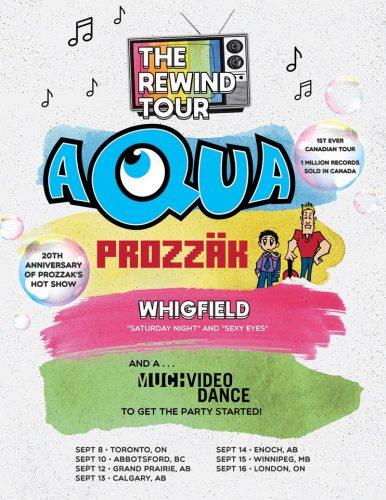