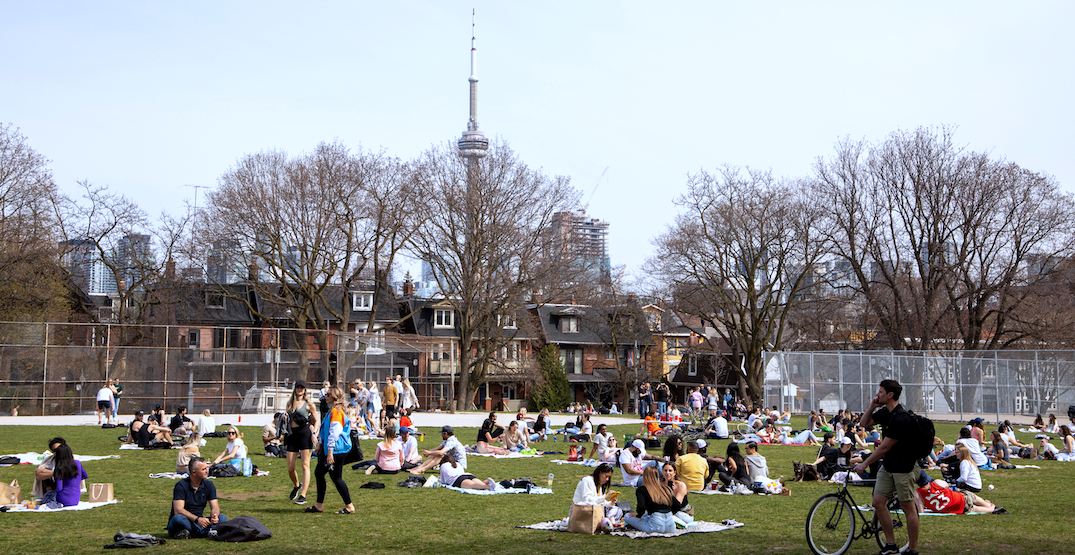 Toronto park-goers will likely be able to enjoy a beer or glass of wine in peace this summer as the City announced on Friday that enforcement officers would not prioritize ticketing individuals drinking alcohol in parks.

According to a City news release, this spring and summer, bylaw enforcement officers will focus on “people bringing large amounts of alcohol into public places” and that “individuals consuming an alcoholic beverage in a park with their household are not a priority for enforcement.”

According to the release, last year just 69 tickets were issued for alcohol across the City’s 1,500 parks last year.

City Councillor Joe Cressy said he supports this harm reduction approach to focus on large gatherings rather than individuals drinking in the city’s parks.

During the pandemic people need options to get outside & enjoy our parks. I support this harm reduction approach from our City’s enforcement team to focus on prohibiting large gatherings & events, and not individual/household alcohol consumption in parks. https://t.co/3ammK3M0j8

City Councillor Josh Matlow, who presented a now effectively killed motion to a Council committee requesting the approval of a pilot project allowing alcohol under 15% at Toronto parks and beaches with bathroom facilities, welcomed the news.

1/2) It’s been announced that Toronto residents will be able to enjoy a drink together, safely and responsibly, outdoors in our public parks. While it’s not exactly the approach I requested, and Councillor @joe_cressy and I have had some disagreements, I’ve appreciated our…

In his tweets, Cressy, who opposed Matlow’s proposed pilot project, said that he favoured reviewing the City’s policy on alcohol consumption in parks, but that it requires a comprehensive, thoroughly reviewed approach.

I believe that Toronto’s permanent policy on alcohol use in parks should be reviewed. But we should do so in a way that mitigates the risks of alcohol use, ensures equal enforcement – regardless of income, ethno-racial identity, or housing status – & facilitates access to parks.

The current provincial Stay-at-Home order, which is in place until May 19, limits outdoor gatherings to members of the same household. Park amenities such as sports fields, tennis courts, basketball courts, skate parks, and baseball diamonds are closed.