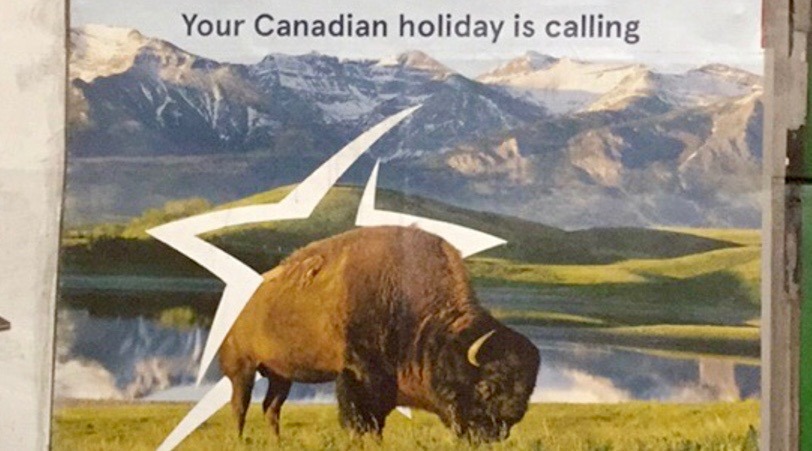 The ad, located in a London, UK tube station might seem a little, well, off to anyone familiar with Toronto – aka the fourth largest city in all of North America.

I was sitting at a tube station in London when I noticed this advertisement. Anyone else feels it is a bit misleading?

Apparently, it’s not Toronto’s world-class cuisine, its incredible arts scene, its spectacular festival and event culture, or the global recognition it receives for both innovation and technology that make it a destination hotspot for world travellers.

In fact, it’s not any other attribute you could assign to this city – because, as far as we know, despite everything Toronto does have to offer tourists, wild buffalo and mountain peaks are still not available.

We do hear Calgary’s pretty nice in the summer though…