The owner of a day camp in Toronto’s Leaside neighbourhood has been arrested on charges of child pornography.

According to Toronto police, between April and May this year, members of the Toronto Police Service Child Exploitation Section conducted an online investigation into the trading of child sexual abuse material.

And on Thursday, a search warrant was executed at a home in the Bayview Avenue and Moore Avenue area. The warrant resulted in the arrest of 32 year-old Christopher MacDonald.

MacDonald is owner of AfterFour, located at 416 Moore Avenue, a camp that “allows children in grades 1 through 8 to author their own individualized day-camp experience.”

The camp’s website acknowledges MacDonald’s arrest, stating that “until further notice, no programs will be running.”

MacDonald was scheduled to appear in court at College Park on August 3. 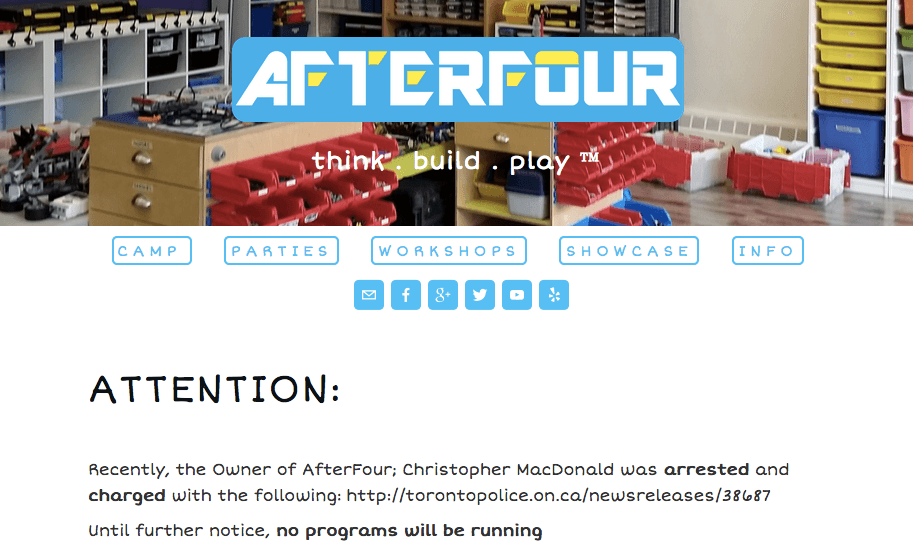