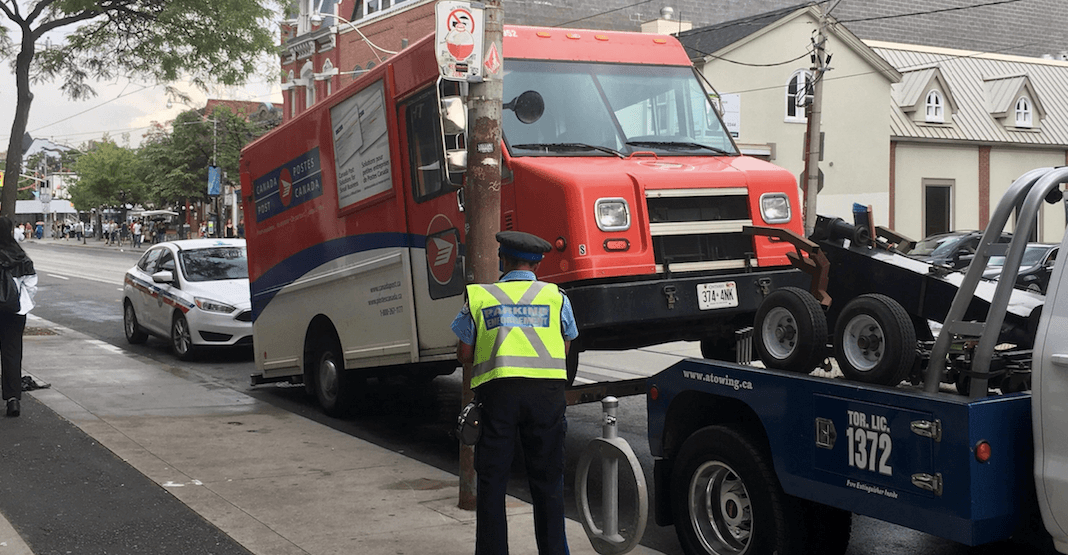 The heightened enforcement campaign focuses on traffic congestion and gridlock, and there will be a zero tolerance policy for vehicles found blocking and congesting rush hour routes.

In fact, after a major call-out on its vehicles constantly parking in bike lanes, Canada Post announced that it would be instructing drivers to find safe locations to park their cars.

Well, seems the instructions didn’t go too well this week. A Reddit user shared this photo of a Canada Post truck being towed on Queen Street today.