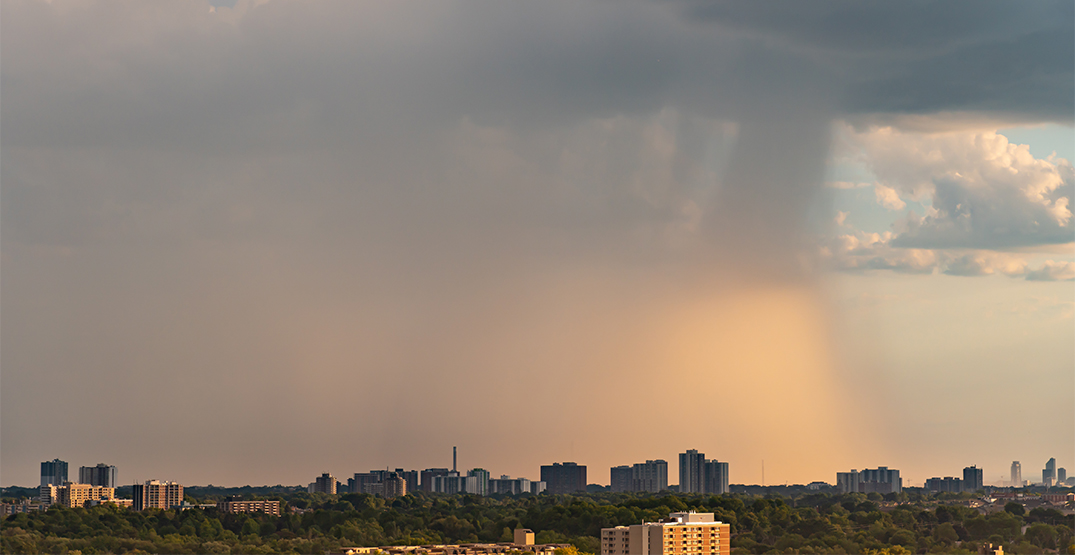 Wednesday was the rainiest September 22 on record in Toronto, according to Environment Canada.

The weather station at Pearson Airport recorded 56 millimetres of rain during the 24-hour period from midnight to midnight on Wednesday, meteorologist Gerald Cheng told Daily Hive.

The rain system dropped a total of 64 millimetres of rain on Pearson, but some of it fell outside the 24-hour time frame.

The precipitation crushed the previous record of 41.9 millimetres of rain set on September 22 in 1938.

“This time, we were dealing with a big system that imported moisture from the Gulf of Mexico and the Atlantic Ocean,” Cheng said.

The huge weather system was overhead for quite some time — unlike many summer thunderstorms that tend to give a quick dose of rain before moving on.

Most of southern Ontario was under a rainfall warning Wednesday, and some areas outside Toronto received even more rain than the city.

Many roads in the region flooded, although officials said all had reopened by Thursday.

Cheng also pointed to a volunteer rain metre in someone’s Aurora, Ontario backyard that recorded 130 millimetres of rain on Wednesday.