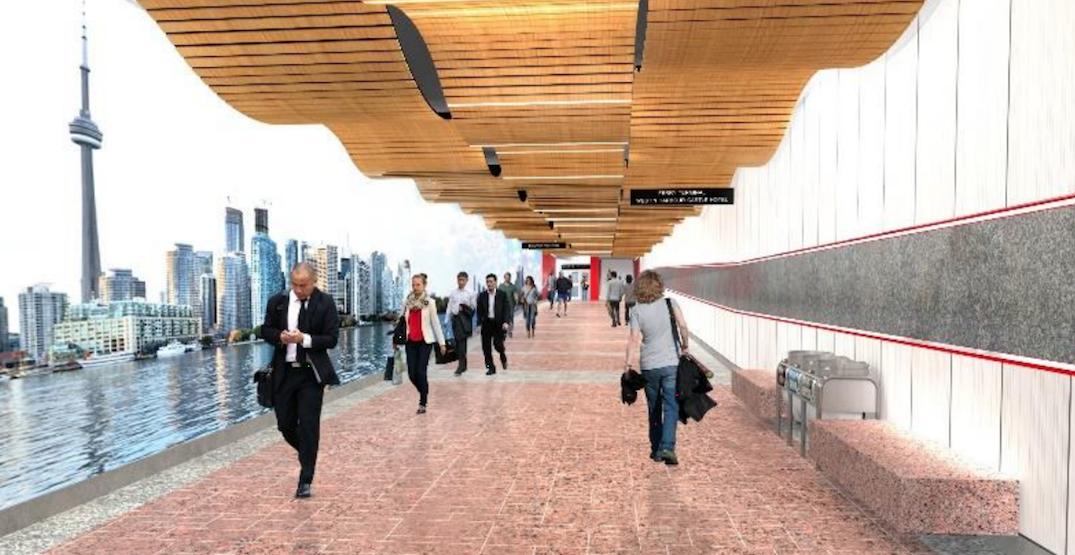 The Toronto waterfront is about to get a brand new TTC station at the ferry docks as part of the Waterfront East LRT Extension.

The planned transit route will allow the Waterfront LRT to run along Queens Quay, extending it from Long Branch all the way up to Woodbine. And part of that plan includes building a new Queens Quay Ferry Docks Station. 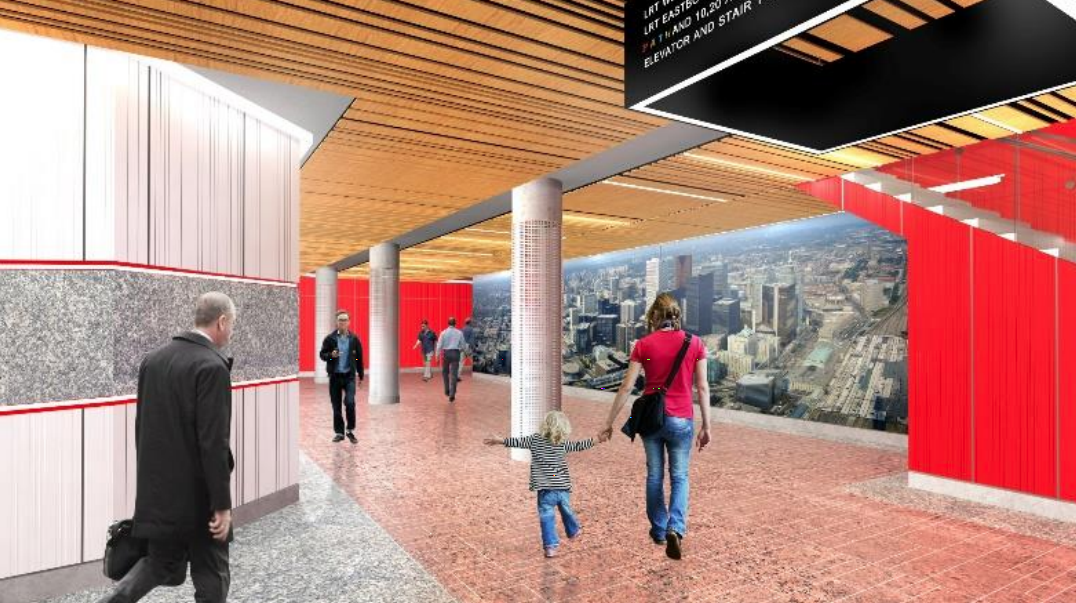 The new TTC station will go at the intersection of Bay Street and Queens Quay West, with a street-level entrance on the southeast corner.

Underneath will be a six-metre-wide pedestrian tunnel which, despite being underground, will be open and airy, according to recently released renderings, with high, wood-panelled ceilings, and windows out to the waterfront. 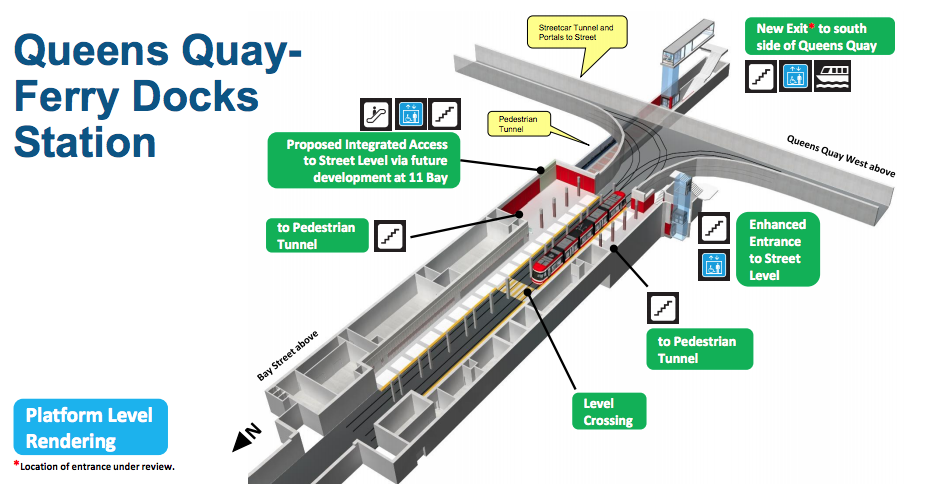 The tunnel will lead out to the new west and east platforms, connect to the PATH network, and may even have a connection to the future 54-storey commercial development that’s going in at 11 Bay Street.

Up on the street level, there will be two new streetcar portals along Queens Quay, on either side of Bay Street, where the cars will enter and leave the station. 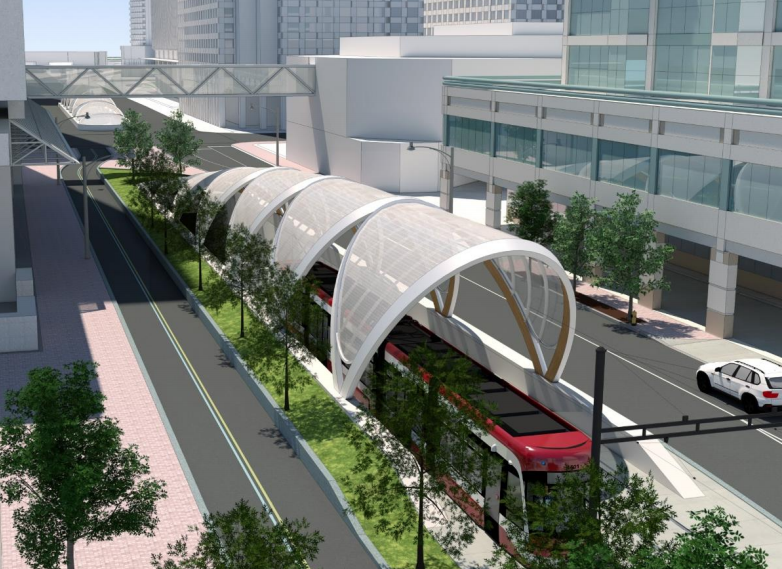 According to the City, this will include widening sidewalks, creating protected bike lanes, improving traffic flow, creating priority measures for buses, building pick-up and drop-off space, and planting new trees.

The City is currently collecting feedback via an online questionnaire on their most recent plans for the Waterfront East LRT extension before forward with their plans.