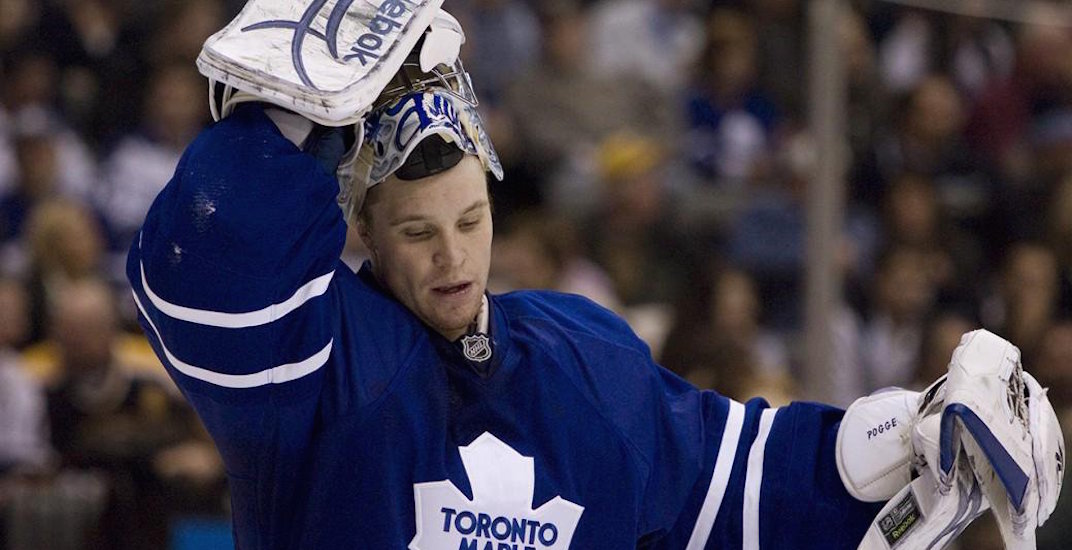 With the Maple Leafs’ recent wave of successes at the top-end of the draft, it’s sometimes hard to remember the several failures they’ve had over the years.

And while they haven’t necessarily received a glutton of talent past the first round, the emergence of Auston Matthews, William Nylander, and Mitch Marner in consecutive draft years seems to offset any poor picks they’ve made of late.

That being said, the Leafs aren’t immune to their own missteps in the draft. Here’s 10 of the most notable draft busts in team history.

Coming up on five years since being drafted later this month, the “Goat” has played just 37 games in a Leafs uniform. Having yet to crack the 20-point mark in the AHL, Frederik Gauthier’s struggled to really get into a rhythm at any level of pro hockey. Having being projected as a bottom-six centre virtually from the moment he was drafted, Gauthier struggled to make an impact in parts of three seasons with the big club.

With Gauthier’s contract expiring this July 1, there have been rumblings that the Leafs may choose to move on. Even if they do decide to re-sign him, it’s unlikely he’ll be able to make the jump up the Leafs’ depth chart to be an NHL regular.

One of just two players from the 2011 first round to never make the NHL, Tyler Biggs became a punchline almost immediately after being selected. Biggs bounced around from the US National Development program in his draft year to the Miami University Redhawks for a season to the OHL, before eventually registering 15 points in 108 games with the AHL’s Toronto Marlies.

Biggs officially left the organization as part of the Phil Kessel trade, but was seen as a throw-in at that point. He’s currently toiling around the ECHL with the Kalmazoo Wings, but having finished ninth on team scoring this past season, doesn’t seem like a real threat to be making the NHL jump anytime soon.

There was a point in time where Stuart Percy looked like he’d be the Leafs’ next young defenceman to make the jump to the NHL, but warning signs started to be raised after it took three years after being drafted before he played his first game.

After Biggs and Minnesota’s selection of Zack Phillips, who have played zero games, and Chicago’s pick of Mark McNeill, who suited up just twice, Percy sits with the fourth-fewest NHL games played of any 2011 first-round pick at a grand total of just 12.

While the Leafs could’ve used either of their first round picks on two-time 30-goal scorer Rickard Rakell, selected 30th by Anaheim, the 2011 second round was also famously deep, with Nikita Kucherov, William Karlsson, and Brandon Saad all being produced.

The latest pick on this list and the only goaltender, Justin Pogge gets a mention because of the hype machine that followed him around following his performance at the 2006 World Juniors, as well as his junior performances that earned him 2006 CHL goaltender of the year.

With Pogge pushing himself into the role of the Leafs’ goalie of the future, management made a trade for immediate goaltending help, acquiring Andrew Raycroft from Boston for future Vezina Trophy winner Tuukka Rask, who they’d selected in the first round the previous year. Pogge himself wasn’t a bad pick, but he struggled for three seasons at the AHL level, never posting higher than a .908 save percentage in his stint with the Toronto Marlies.

He’d make it into just seven NHL games in Toronto,  winning just one while posting an .844 save percentage along the way. He eventually was traded to Anaheim for a conditional draft pick, and also saw himself in the Hurricanes and Coyotes organizations before finally deciding to go play pro hockey in Europe.

Apart from being the top pick of the Maple Leafs, Cereda has one other thing in common with Auston Matthews: he was drafted out of Switzerland.

Unfortunately for the forward Cereda, he’d be diagnosed with a congenital heart defect in 2000, causing him to sit out the 2000-01 season. He comes as somewhat of a success story then, as he’d manage a three-year career in the AHL before a return to Switzerland for parts of four seasons.

But health concerns aside, Cereda makes the list as he’d never crack the roster for an NHL game.

The Leafs’ top pick in ’95 was Jeff Ware, a Toronto-born defenceman who’d honed his skills with the OHL’s Oshawa Generals.  Toronto gave him cracks at the NHL roster in 1996-97 and again in 1997-98, but he’d manage just 15 games with the club as he spent most of his time with the St. John’s Maple Leafs of the AHL.

Ware was eventually moved in 1999 in a one-for-one deal with David Nemirovsky, who would be sent immediately to St. John’s, and never played another NHL game.

A centre drafted out of the OHL’s Sudbury Wolves, Brandon Convery looked alright in his first NHL stint in the 1995-96 season, picking up five goals and two assists in his first 11 games.

But that’s about as hot as he’d get in Toronto, scoring just twice in 39 games the following year. He spent the entirety of his time in the Leafs organization in the AHL the following year, before eventually being shipped off to Vancouver for Lonny Bohonos.

Convery would play 19 games in Vancouver, and later three in Los Angeles before finishing his career in Switzerland and Sweden. By the time it was all said and done, he’d finish his NHL career with a statline of nine goals and 19 assists in 72 games.

Defenceman Steve Bancroft has one of those careers where it seems like he’s played in just about every city in North America, except for the one who drafted him. Traded to Boston less than two years after being drafted (and before making the NHL) for left winger Robert Cimetta, Bancroft never did get the chance to suit up for the Leafs. He would manage to make his presence known on 22 professional hockey teams, however, including a one-game stint with the Chicago Blackhawks in the 1992-93 season.

While it seemed like he’d be on the infamous “one-NHL-game-played list”, there was a happy ending to Bancroft’s story. He’d make it back to the NHL for five games in the 2001-02 season with the San Jose Sharks, before ending his career with a stint in Germany to go along with four more AHL teams.

Ernie Moser’s junior numbers looked great, as he managed 86 points in 56 games, including 46 goals in his draft year.

But while he’d play for teams in five separate minor leagues, he’d never find his way to the NHL. He did manage a season with the Nelson Maple Leafs of the Western International Hockey League, but that doesn’t have quite the same lustre as the Toronto edition.

The Leafs’ top pick in the league’s second-ever draft, Tom Martin never quite managed to be much of anything.

He played just three games for Toronto, registering one goal in the 1967-68 season. To be fair to Martin, the rates of draft success weren’t exactly high in those days. Of the 24 players taken in the draft, just five ended up playing over 100 games in the NHL.

Hall of Famer Ken Dryden’s name was on the board when the Leafs chose Martin, being picked up by Boston before eventually being shipped off to Montreal. Martin would eventually play two full seasons of pro hockey in Toronto, but as a member of the WHA’s Toros in 1973-75.