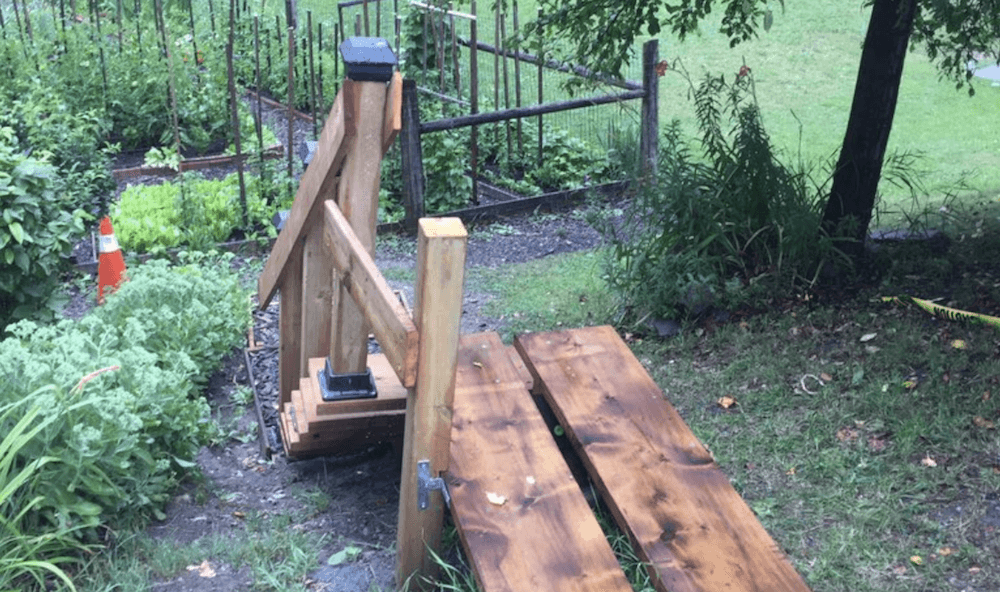 The City of Toronto will be building new stairs to access Tom Riley Park in Etobicoke after a resident took the matters to his own hands.

“The original cost estimate for the City of Toronto to build stairs in Tom Riley Park was absolutely ridiculous and out of whack with reality,” said Tory in a statement on Friday.

The story of Astl’s stairs made headlines on Thursday, prompting the City to quickly act on removing them from the park. By Friday morning, they were gone.

There’s a crew of 6 city workers at Tom Riley Park. They’re using power tools and sledge hammers to knock down the staircase and remove it. pic.twitter.com/NAb9nA1XM4

Visitors to the controversial stairs documented its condition, one resident called it a “death trap” due to its instability and poor construction.

But here is a nice picture of the death trap. pic.twitter.com/VTLijbm0wk

But what Astl did with these stairs was make more than just a physical change to a park, he made a statement to the City, and they have responded.

“I want to thank Mr. Astl for taking a stand on this issue,” said Tory. “His homemade steps have sent a message that I know City staff have heard loud and clear. The City always needs to be looking for simple, cost-effective solutions to problems no matter how big or small they are.”

Tory said that work on the new stairs will start today, and should be at a better cost and completed in “a matter of days.”

“Anything the City builds has to be absolutely safe and has to be able to stand the test of time – these new stairs will do just that. The new stairs will be safe, durable and reasonably priced,” he said. “I’m not happy that these kinds of outrageous project cost estimates are even possible. I’ll be working to identify what changes we can put in place to make sure this doesn’t continue to happen.”