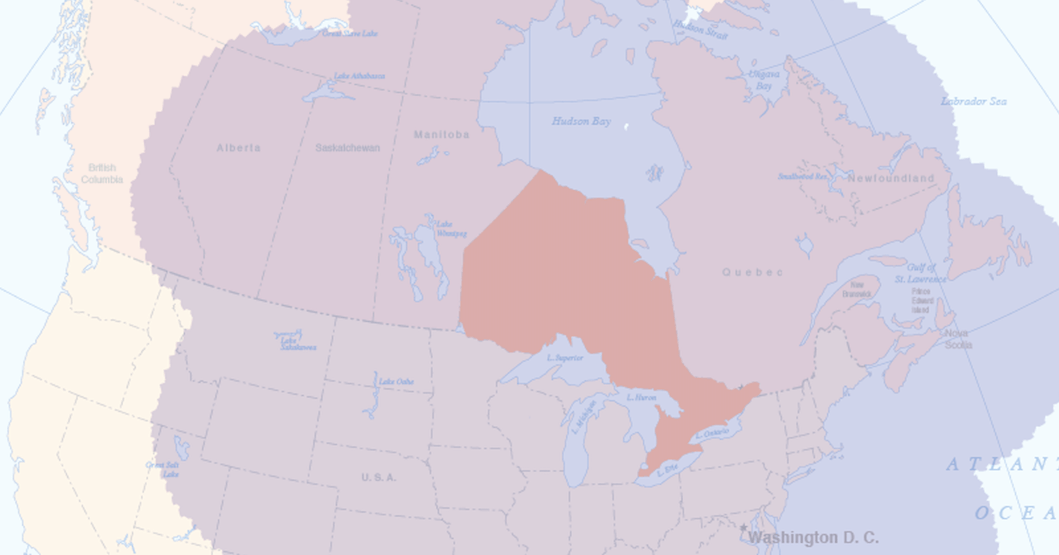 But the land itself is huge. And inspired by reddit user irich, who made a hella interesting map to showcase the province’s size, we decided to take our own look at just how big Ontario is… and spoiler alert, it’s MASSIVE.

The map below shows how far the distance between the two furthest points in Ontario carry outwards. Which is to say, if, instead of driving across Ontario, you turned and drove (or better yet, flew!) the equal distance in another direction, this is how far you’d get.

The length of Ontario’s farthest points goes west towards BC, east to the Atlantic Ocean, and south to Texas. 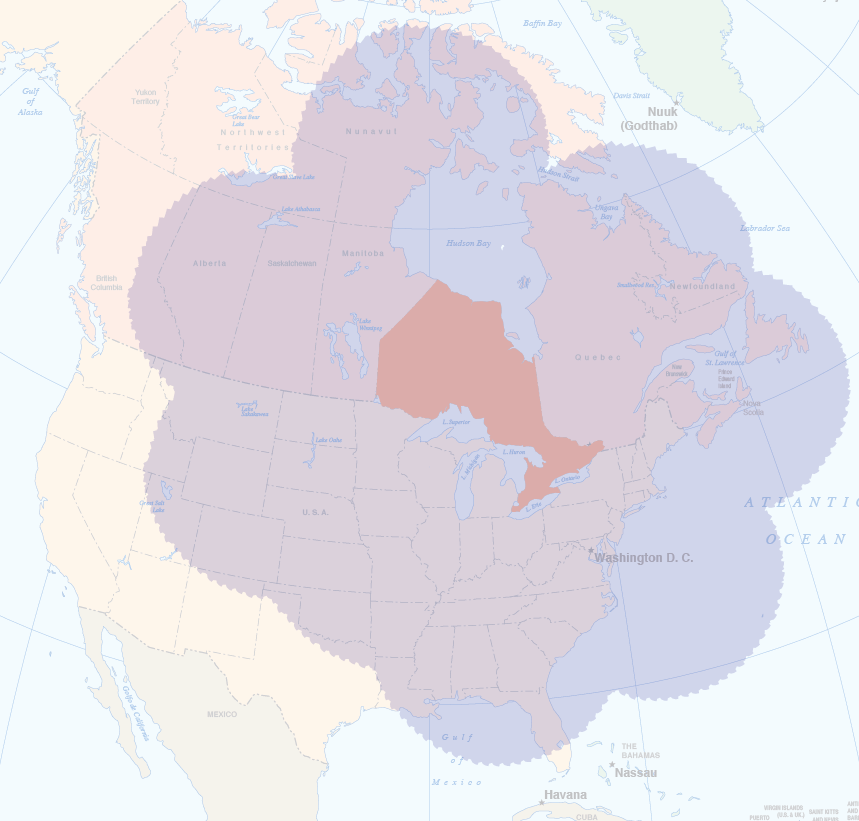 And while they say “everything is bigger in Texas,” we say, “hold that thought, partner.”

In fact, most of Texas can fit in Ontario. It’s no wonder it takes a full day of driving to get to Manitoba, or even just to get to Northern Ontario.

You’re definitely not in Texas anymore… unless you drive south… about the distance of your entire province. 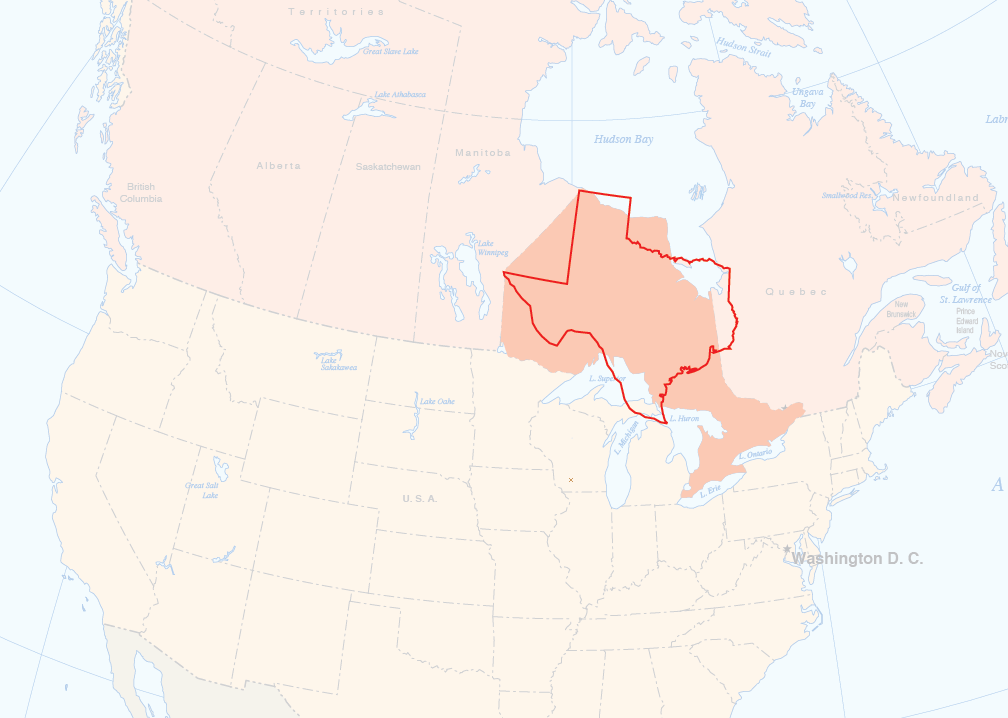