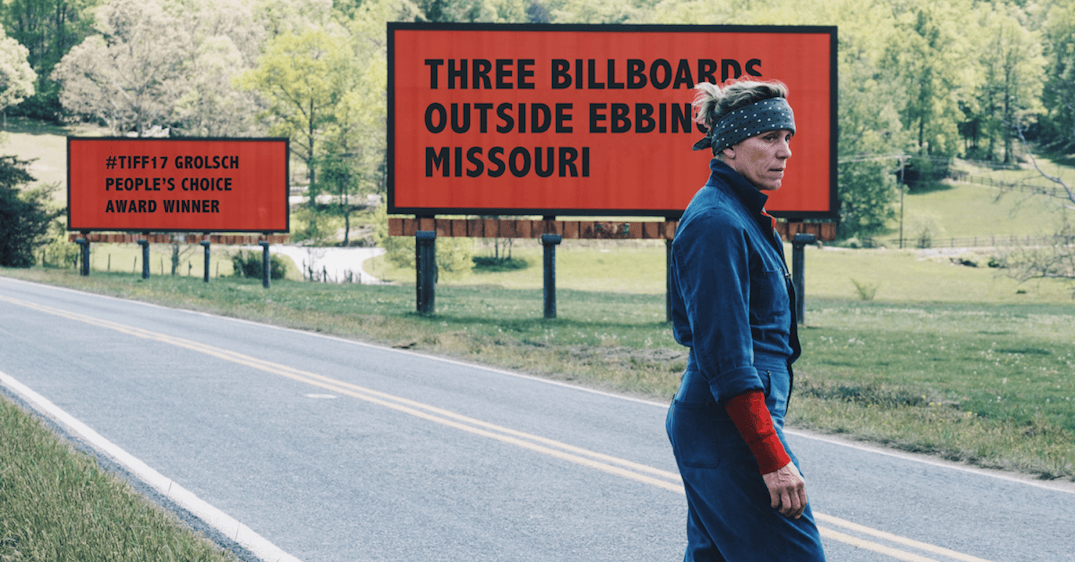 The 42nd Toronto International Film Festival (TIFF) came to a close on Sunday evening, but not before announcing this year’s big winners.

Over 11 days, and after 339 films screened, this year was no exception when it revealed its Grolsch People’s Choice Winner. The coveted spot previously went to Oscar-worthy/winning films like 12 Years a Slave and Room, to last year’s La La Land.

That big winner this year was Three Billboards Outside Ebbing, Missouri. The film starts Frances McDormand as a frustrated and grieving mother who antagonizes her local police force (Woody Harrelson and Sam Rockwell) to call attention to the lack of progress in the search for her daughter’s killer. The dark-humoured award-winning movie is directed by Martin McDonagh.

🏆The Complete List of all #TIFF17 Winners, including the @Grolsch People’s Choice Award + runners up🏆 https://t.co/TLqZwUuUzU