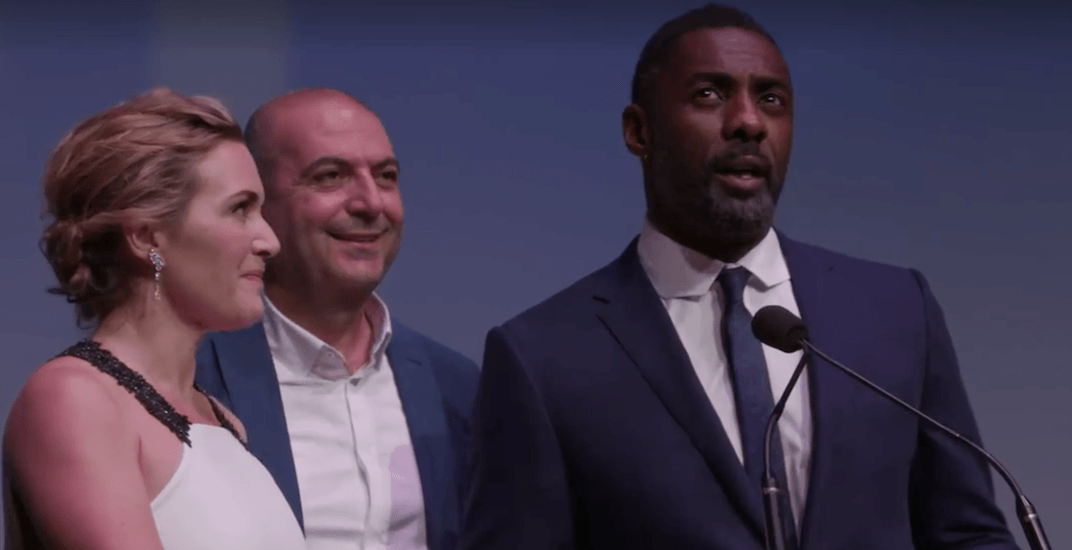 Idris Elba just gave Toronto some mad props during the premier of The Mountain Between Us At the Toronto International Film Festival (TIFF).

Standing beside his co-star Kate Winslet, Elba explained that he had just recently realized what TIFF stood for.

Winslet also had some kind words for the city after the applause settled down.

“We made this film, in Canada, with Canadians, and we did not want to go home!”

Speaking for Canada: Kate, Ildris, please stay as long as you’d like.