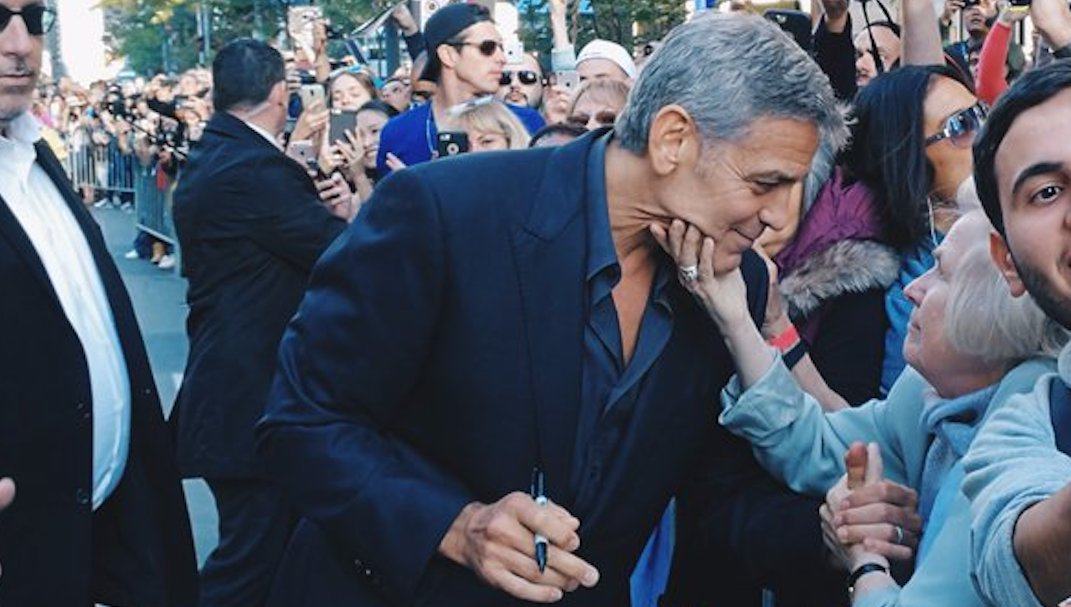 If you don’t love George Clooney already, you might want to get your eyes checked. But also, you probably haven’t seen this photo of him yet.

The widely loved Hollywood star is currently in Toronto for TIFF, and at the SUBURBICON premiere, the festival captured a photo that is now forever in our hearts.

TIFF’s social media account posted the photo of a grandmother, who is seen squeezing Clooney’s chin.

“FYI. Your Nonna found George and told him he wasn’t eating enough,” tweeted TIFF, sharing the photo below. It’s okay, take your time, we’ll give you a minute.

FYI: Your Nonna found George and told him he wasn’t eating enough.

Of course, after the post, everyone and their nonna fell in love with Clooney all over again.

😂😂😂Even George knows real Nonnas squeeze faces! Good for both of them!😂😂😂

And, there’s your poster for next year. #TIFF17 pic.twitter.com/uTiQDyz2wE

Let’s be real, nonna here is all of us seeing Clooney… if only we had nonna’s guts to squeeze that handsome face.