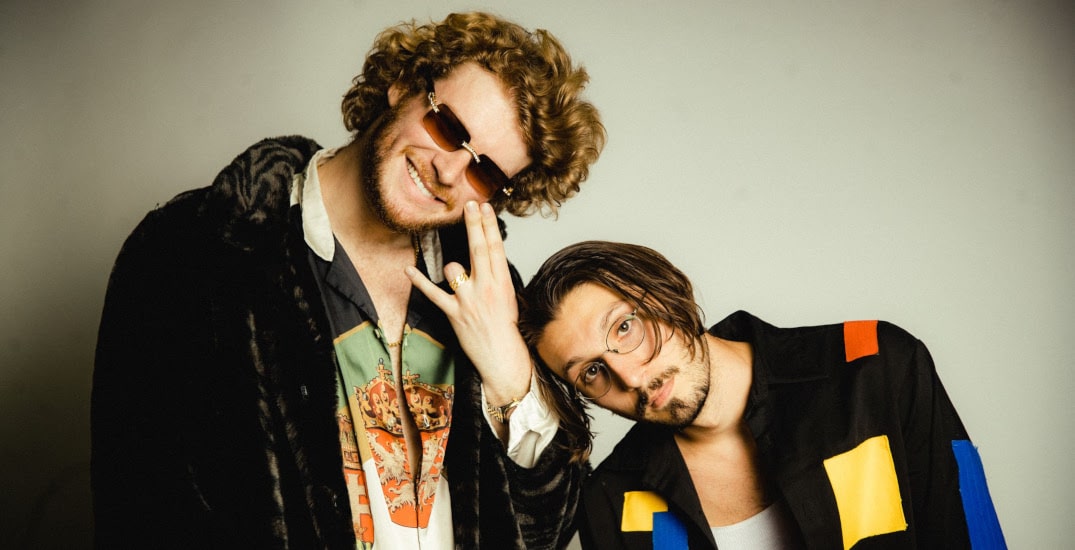 Two of North America’s hottest rising rappers are teaming up for a co-headlining tour this fall, and they’ll be bringing the high-energy live show to Toronto.

Yung Gravy and bbno$ (pronounced baby no money) are bringing the Baby Gravy, The Tour to HISTORY on Wednesday, November 23. Tickets to the Live Nation-produced show are on sale now.

Fans in 28 cities across Canada and the United States will get to sing along to viral hits by the multi-platinum and billion streaming global superstars. 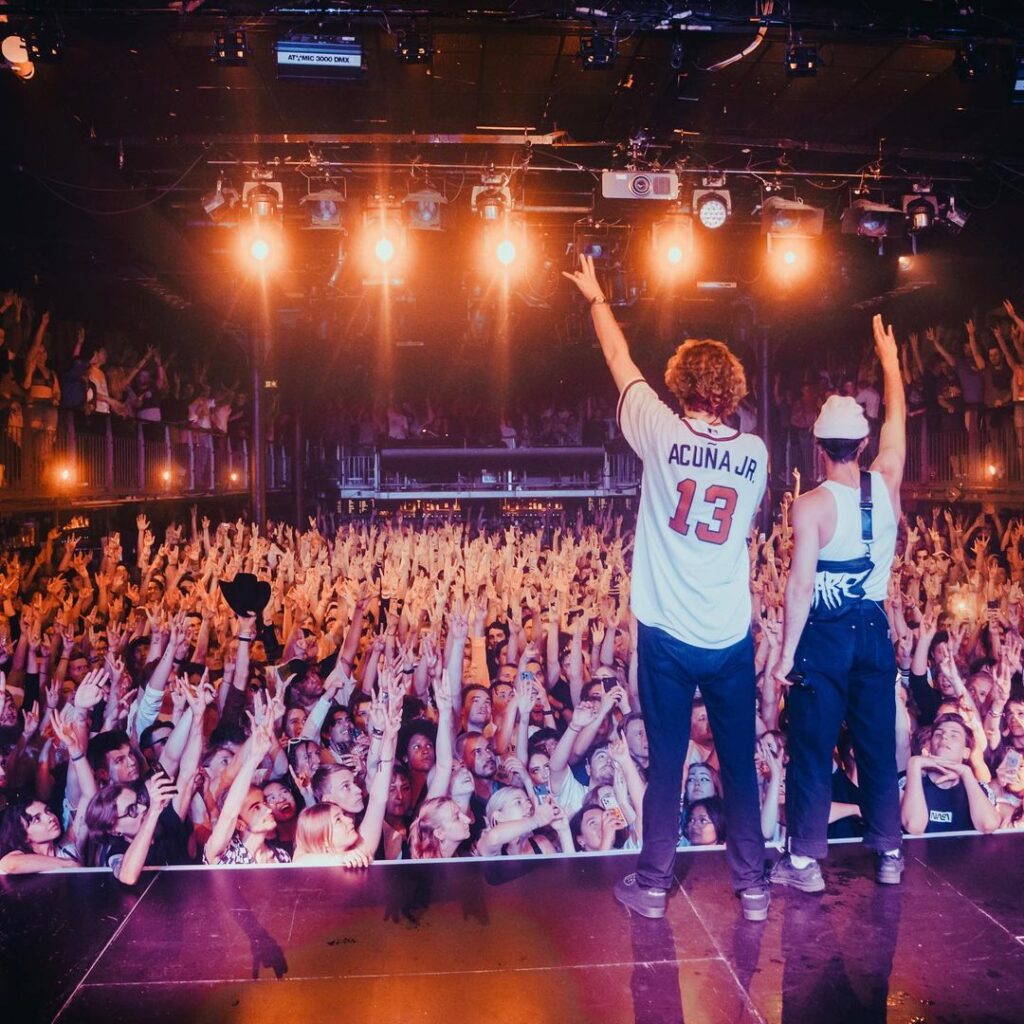 The latest album by bbno$, 2021’s eat ya veggies, has amassed over 2 billion cumulative streams globally. The hitmaker is also beloved for his infectious earworm “Lalala” with Y2K and his worldwide hit with Rich Brian, “Edamame”.

bbno$ latest tracks, “mathematics” and “piccolo”, as well as his headlining some of the leading Summer festivals across Europe and Australia, show that the Vancouver rapper and songwriter is just getting started.

Yung Gravy is also on a similarly meteoric rise, recently co-headlining a huge tour with Dillon Francis and releasing the Cake & Cognac EP. The Minnesota artist played to packed out arenas alongside Limp Bizkit before embarking on his own European tour.

Gravy has a number of RIAA-certified platinum and gold hits under his belt, including “Mr. Clean,” “oops!!!,” and “Whip A Tesla” with bbno$. His latest album Betty (Get Money) and lead single by the same name just dropped and is already winning Gravy a legion of new fans.

More information on Baby Gravy, The Tour as well as tickets can be found at Babygravytour.com 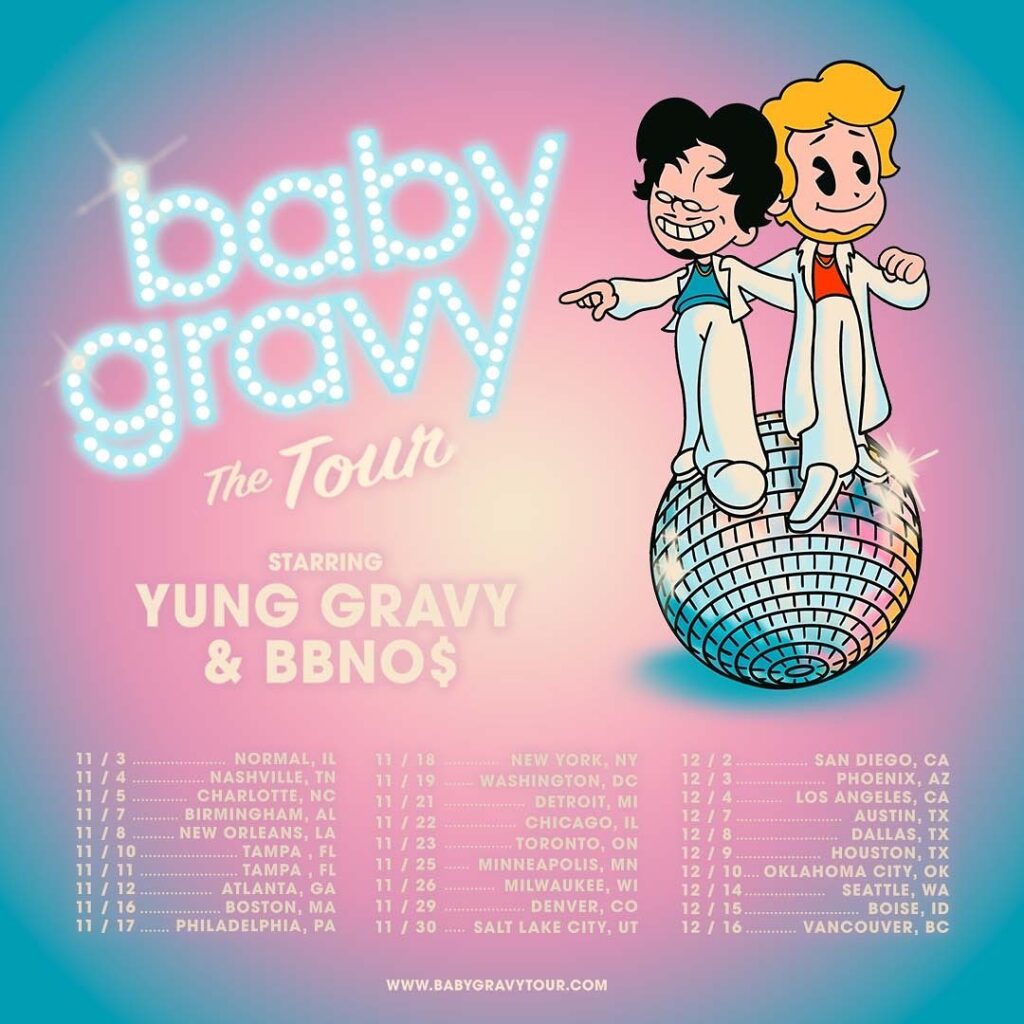