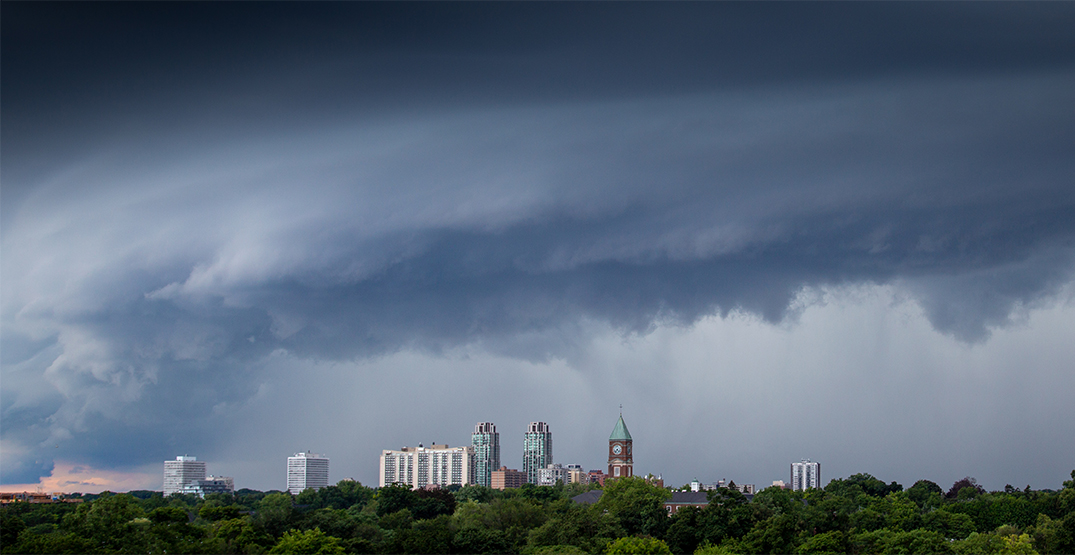 The storms will also bring a risk of flooding, according to the Toronto and Region Conservation Authority (TRCA).

Watersheds in the Toronto area already received about 14 millimetres of rainfall Tuesday morning, meaning the soil is nearly saturated and rivers and streams have higher than normal water levels.

“Due to the risk of heavy downpour and total rainfall amounts possible with this storm system, all rivers, streams and water bodies within the GTA may experience higher flows and water levels, resulting in hazardous conditions,” TRCA said in a statement.

Environment Canada is calling for “isolated” thunderstorms over the region that will cause brief but heavy downpours. Certain neighbourhoods could see between 20 and 40 millimetres of rain in an hour and wind with gusts up to 70 kilometres per hour.

“Sudden very low visibility and ponding of water on poorly drained areas of highways from the downpours may result in difficult driving conditions,” the weather agency said in its statement.

The storms are forecast to end later this evening. There is also a chance of showers on Wednesday.