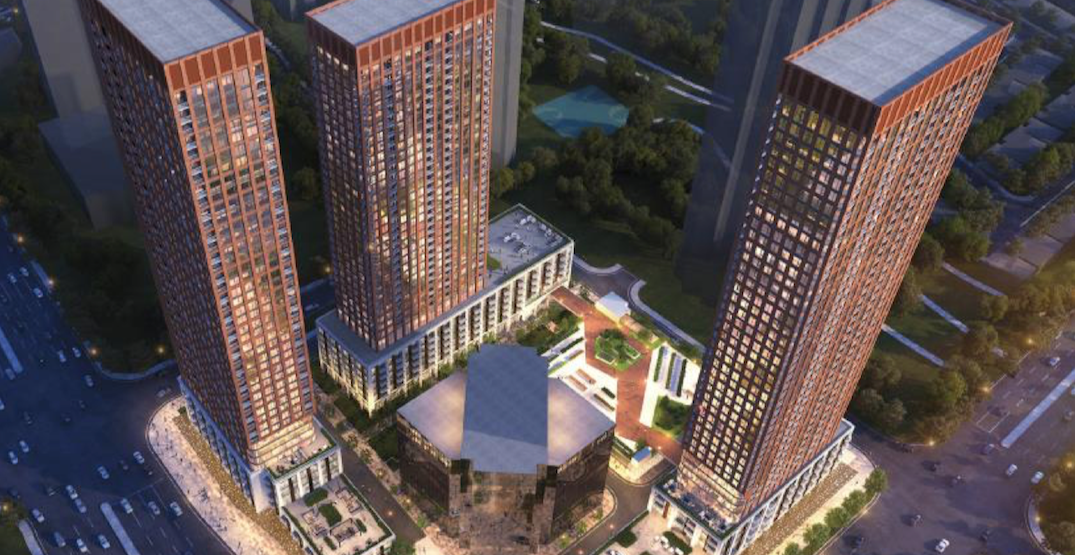 A massive three-tower apartment complex reaching up to 45-storeys in height may soon rise on a busy Mississauga street.

Developer Crown Realty Partners submitted a proposal to the City of Mississauga to construct a new complex at 30 Eglinton Avenue West, at the southeast corner of Hurontario Street.

The property is currently home to a nine-storey office building and a one-storey heritage building, which would both be retained and incorporated into the new development. 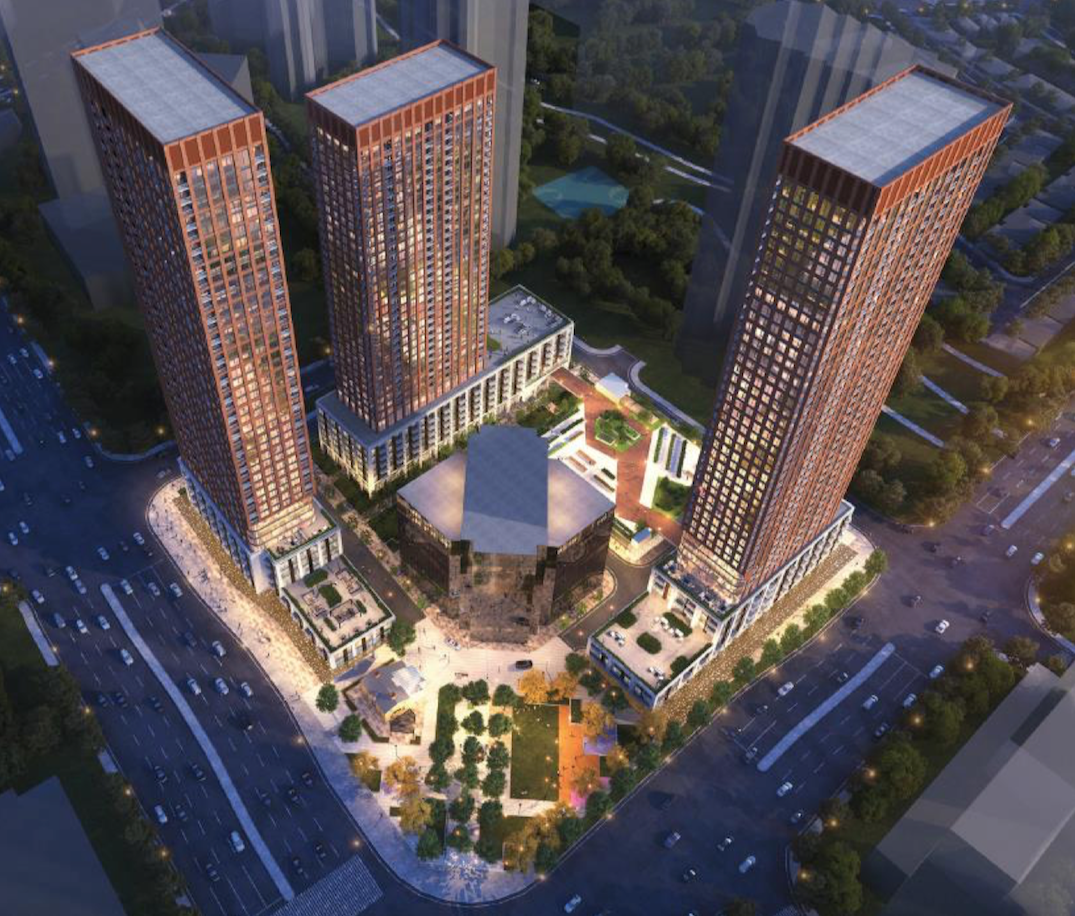 According to the developer’s plans, two of the towers would reach 45 storeys in height, and the third would sit slightly lower at 37 storeys. Across all three buildings, there would be a total of 1,577 new residential units, with an expected 3,485 occupants.

The ground floors of the buildings are intended for unspecified commercial space, and there would be public parkland surrounding the development.

The complex has a number of green initiatives attached to it, including green roofs, rainwater harvesting, and permeable paving.

The location of the proposed development would undoubtedly be attractive to residents. Not only is it near Square One Mall and a number of other stores and restaurants, but it will also be serviced by the upcoming Hurontario LRT, which is expected to open in 2024.