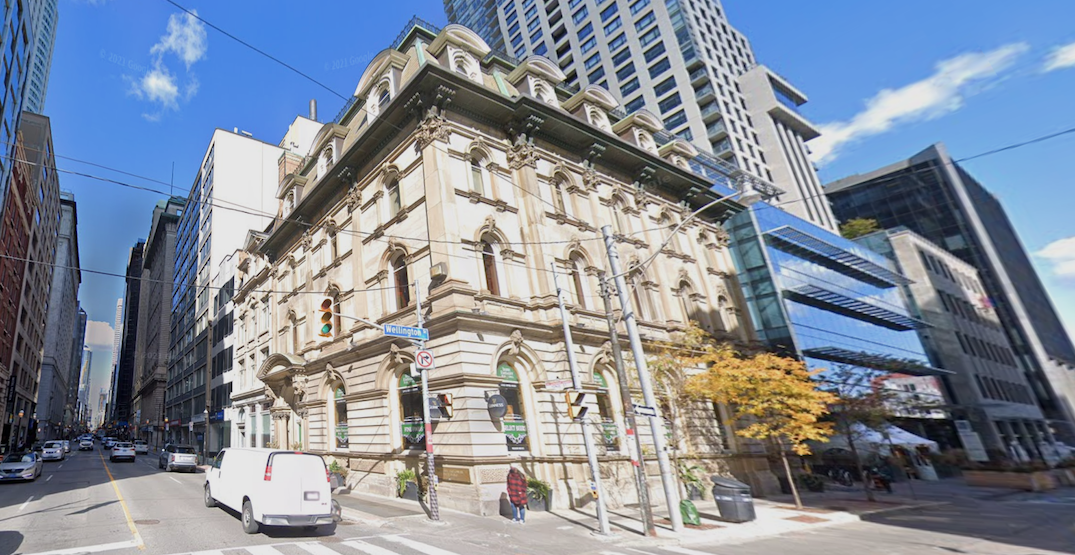 A popular pub located inside a historic Toronto building may soon be replaced by a soaring condo tower.

New development plans filed with the City of Toronto call for the construction of a 60-storey mixed-use tower at 49 Yonge Street, the location of the Irish Embassy Pub & Grill.

The four-storey building that sits on the property, located at the northeast corner of Yonge and Wellington, was built in 1875 as the home of the Bank of British North America. Today, the Irish Embassy Pub & Grill occupies the ground floor with offices on the upper levels.

The pub closed temporarily back in 2020 because of the pandemic but has said on social media that it plans to reopen at some point in the future.

Although the pub may be displaced if the development is approved, the building its in will remain. The existing structure has a heritage designation, which means it will have to be protected in the redevelopment and incorporated into the base of the tower.

Details on the architectural plans for the new tower, however, have not yet been released to the public so it’s unclear how it will fit into the new design.