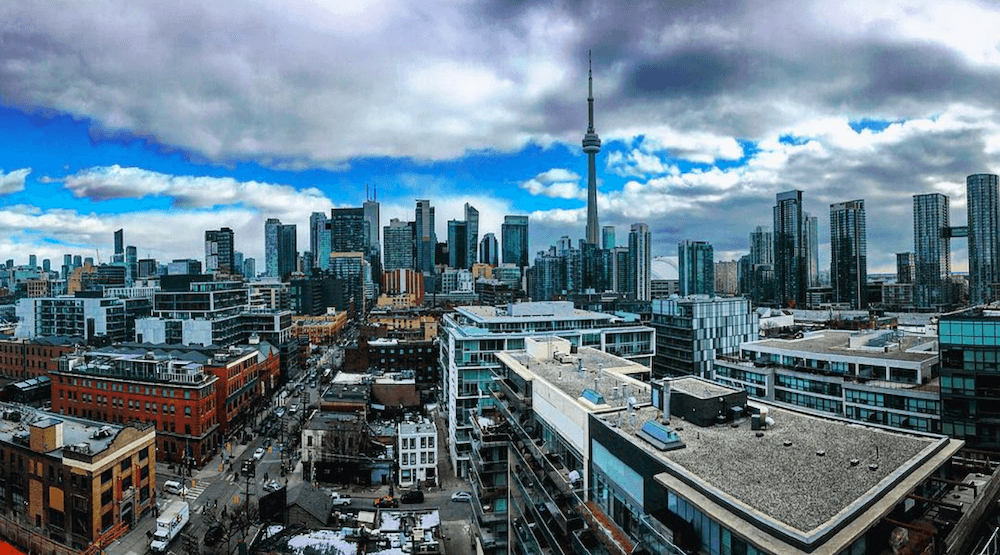 Family Day is all about… family. So be sure to check out these events in the city with your beloved friends and family. Keep in mind, banks, beer stores, and the LCBO are all closed on Monday. As well, the TTC will be running on holiday schedule on Family Day.

Meet tons of experts, check out the latest gear and apparel, and get all-revved up for your next adventure. Whether you’re a hardcore rider or a recreational enthusiasts, a curious fan or just tired of the cold winter weather, The Motorcycle Show has got you covered!

Vancouver band Japandroids are back in Toronto, and will be playing two back to back shows at the Danforth Music Hall.

Where: The Danforth Music Hall, 147 Danforth Avenue
When: February 17 and 18

America’s premier comedian Jerry Seinfeld will return to Toronto to perform his signature stand-up routine live at the Sony Centre for the Performing Arts. Don’t miss your chance to see this comedy legend perform.

Free movies. Special guests. A full day of industry talks and workshops. The 24-hour Film Challenge (sleep is for the weak). Battle of the Scores. Free WiFi in the building. A fort to hang in between movies. Oh, and did we mention the movies are FREE? What’s not to like?

Where: Metro Toronto Convention Centre
When: February 17 to 26

Where: Venues throughout the city
When: February 17 to 19

Black Atlass takes his Haunted Paradise album on the road for the first time ever with a series of intimate North American live dates kicking off right here in Toronto. The Montreal-based artist is signed on Fool’s Gold Records.

Are you one of the seemingly endless number of people (including nearly all of Hollywood) who fell in love with La La Land? Well, now’s your chance to spend a night in the City of Stars. Toronto’s Gladstone Hotel will be holding a City of Stars Ballroom Soirée featuring live jazz music and a DJ spinning the “old-soul Sebastian’s always going on about.”

Where: Buddies in Bad Times Theatre, 12 Alexander Street
When: February 17 to 26

Where: The International Centre, 6900 Airport Rd, Mississauga
When: February 17 to 20

Celebrating Black History Month, The Toronto Black Film Festival is dedicated to giving unique voices in cinema the opportunity to present audiences with new ways of looking at the world. A dynamic, refreshing and audacious Festival whose ambition is to encourage the development of the independent film industry and to promote more films on the reality of Black people from around the Globe.

Where: Various theatres
When: February 17 to 19

Where: Lower Ossington Theatre, 100A Ossington Avenue
When: February 17 to 19

Thank You For Being A Friend: The Ultimate Golden Girls Experience

Where: Phoenix Concert Theatre, 410 Sherbourne Street
When: February 17 and 18 at 8 pm

Get your dance on this weekend!  The iconic legend comes alive in this all access: Britney Spears… her most iconic moves, songs and choreographies! Immerse yourself in her world, wether you’re a die hard fan or just a dance enthusiast.

Calling all Disney fans, one of Pixar’s most entertaining animated films ‘Ratatouille’ will be coming to Toronto as the TSO will be playing the score from the film.

Art of Time’s first ever festival, presenting the works of Canadian classical and jazz composers mirrored with the best of Canada’s popular music. The festival runs for the next few days.

Check out the season’s last skate night at Harbourfront Centre! Celebrate our city in all its winter glory with the whole family as 1 LOVE T.O. kicks off its 10 year anniversary on the Natrel Rink, spinning  funk, hip-hop, R&B and house. Join us for a night on the ice with the sounds of DJ DLUX & YUKNODIS, alongside host Mr. 1 LOVE T.O. himself – Tyrone Tyrone ‘T-rex’ Edward.

The Black Owned event is a pop-up market in celebration of Black History Month that will feature black owned businesses. Come have fun, network and shop from young and up and coming entrepreneurs. Free admission for guests. There will also be performances, music, refreshments. Come out and support local black businesses.

Where: Culture, Arts, Media and Education, 918 Bathurst Street
When: February 19 at 2 pm

Welcome to quidditch- the fastest growing, gender inclusive, full contact broom sport in the world! It’s been described as a combination of rugby, handball, dodgeball, basketball, and sprinting, but really, you should go and make that judgment for yourself. All equipment provided. Just bring some sports clothes, water, cleats, and you’ll be ready to go!

Where: Culture, Arts, Media and Education, 918 Bathurst Street
When: February 19 at 2 pm

American hip-hop group Run the Jewels are back in Toronto this weekend. The physical copy of their third album, Run the Jewels 3, was released in January, and the duo (featuring El-P and Killer Mike) are now on the road with Gaslamp Killer and Spark Master Tape.

Where: The Danforth Music Hall, 147 Danforth Avenue
When: February 19 at 7 pm

Celebrate Family Day at the Hall

The Brewer’s Backyard is returning on Monday, February 20th with The Mother of all Beer Events as part of the Family Day festivities at the Evergreen Brick Works. This kickoff event for 2017 will be a great one, with a delicious lineup of breweries in attendance including Halo, Rainhard, Henderson, Great Lakes and Junction.  On the food front we’ll be having Delight Bite, Los Vietnamita and Mustache Burger.

As integral figures of the record-setting documentary Madonna: Truth or Dare, her groundbreaking Blond Ambition tour, and the classic music video for Vogue (directed by David Fincher!)—it is difficult to overstate the impact Madonna’s dancers had on LGBTQ culture. But while they helped empower and encourage a generation, they were grappling with their own struggles. Just as quickly as they rose to fame, the limelight faded. Now, they share their stories of finding their own self-acceptance and courage. More than 25 years after the height of their fame, this inspiring group of dancers open up about their lives and in this intimate and touching Hot Docs hit.

Canada’s favourite children’s entertainers THE MONKEY BUNCH return to the Drake this February for their annual family friendly residency. This isn’t your typical children’s concert – it is not only a celebration of music, but of the planet, and sprinkled with some brilliant humour.

Family Day in the City

Celebrate Family Day with The City of Toronto! Enjoy free outdoor and indoor activities at locations across the city. There are 52 outdoor rinks or skating trails to choose from, and many of the City’s indoor arenas will be open. Swimming at indoor pools will also be available.

Where: Various locations
When: February 20