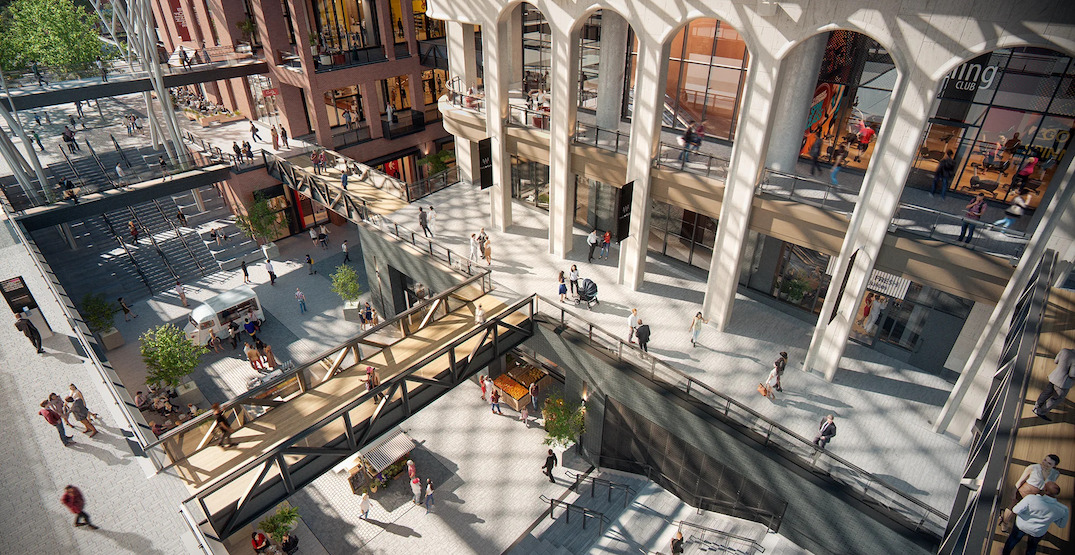 A huge food hall and market will soon open in Toronto, and a bunch of new restaurants, bars, and food concepts have already claimed spots.

The Well, a multi-faceted project taking over 7.8 acres of land at Front Street and Spadina Avenue, will soon bring retail, health and wellness, residential space, and a new food scene to the city.

Foodies can rejoice because this new hub brings a world-class food market, ghost kitchens, and globally-inspired restaurants under one roof.

It has been confirmed that the beloved NYC pizza spot Prince St. Pizza will open its first-ever Canadian location next year at The Well.

Other foodie concepts opening up include an upscale French bistro, a two-level British-inspired tavern with an old world-inspired wood bar, a streetside patio, and more.

A new flagship restaurant will take over the 36th floor of one of The Well’s towers, featuring a luxurious dining room, bar, sushi counter and chef’s rail.

“Paying homage to 21st century American cooking, the menus will nod to some of the most exciting food scenes across the country, from New York City to Los Angeles to Miami,” according to The Well representatives.

Besides all the new restaurants, it will also feature Wellington Market, a 70,000 square foot space where you can load up on fresh and local produce, artisanal eats and more casual dining spots.

The majority of these new food spots will most likely open by next year. Keep your eyes out for more development news to come.