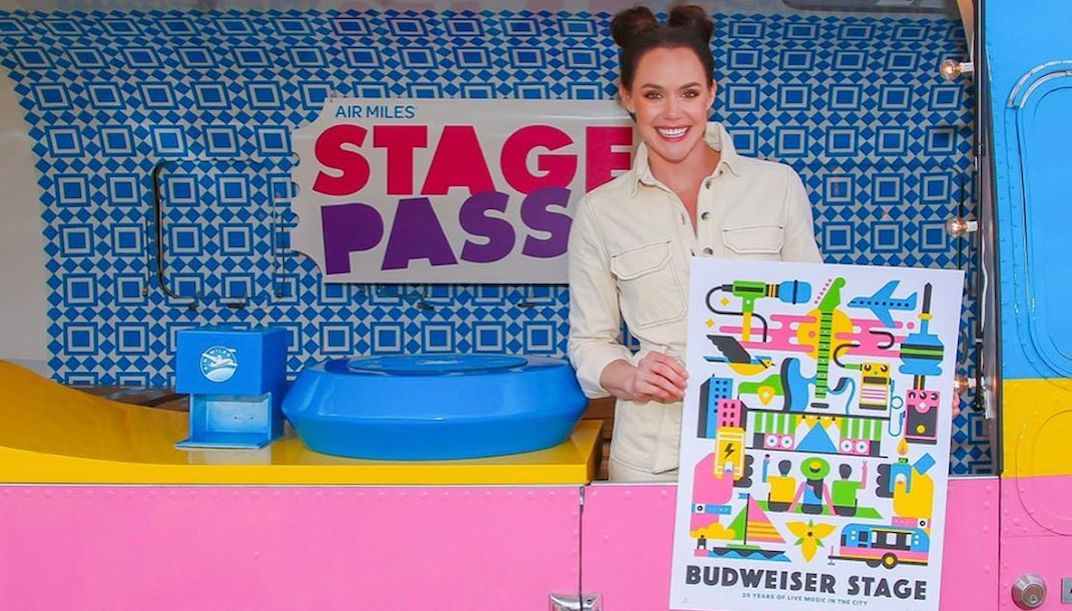 If one thing’s for certain, life certainly hasn’t slowed down for Tessa Virtue.

In fact, life for the three-time world champion continues to move at a pace that likely only her ice dancing partner Scott Moir could keep up with.

Not only is the London-native an Olympic champion (no big deal or anything), but she’s also been named one of the most famous female athletes in the world, NIVEA’s first-ever Canadian brand ambassador, not to mention she had a Barbie doll modelled after her.

And her latest accolade includes being an ambassador for AIR MILES, which is a natural fit for Virtue because her family has been collecting miles for many years.

The 30-year-old told Daily Hive she “was thrilled when the opportunity came up and sort of jumped at it.”

Through this new partnership, the Canadian icon is excited about the AIR MILES Stage Pass, which gives music fans access to concerts and amazing VIP experiences, just by being a Collector.

“The fact that you get to earn miles and then use them towards fun experiences like concerts is such a nice way to celebrate,” said Virtue.

Plus, Stage Pass allows music fans to get access to concerts that might even be sold out, which we all know can be a serious bummer, especially when it’s your favourite musician.

“Because really, there’s no better way to spend a summer evening after work than with live music?” said Virtue.

As someone who spent the majority of her life on the ice, Virtue’s passion for music extends well beyond the rink, which is why she’s looking forward to the upcoming summer concert season.

“The Arkells have been circled on my calendar because I couldn’t go to Rally Cry last year when I was in Japan,” said Virtue, adding she’s happy she’ll be back in town for that show this summer.

As for a special concert memory, Virtue says in 2015 her and Moir were doing a stint at the CNE and were performing twice a day. But despite their hectic schedule, the pair still managed to find time to squeeze in a Blue Rodeo performance at night.

“It was so fun to be an audience member and not to be the ones performing and to actually enjoy it.”

As for what’s next, Virtue says she’s focusing on her upcoming fall tour, which will see her skating alongside Moir, Patrick Chan, and a handful of other world-class skaters.

She added that she and Moir are headed to Japan in a few weeks, so they’re “definitely staying busy.”

“Our training schedule has certainly changed because we don’t cross paths quite as much because we’re not doing those 10 hour training days together.”

She added that the change has been “healthy” for the pair because they’ve been able to pursue their own passions and new projects on the side, which is something they’re both incredibly supportive of.

“Then we come back together with skating, which is what’s always connected us. And it’s fun to be on the ice sort of carte blanche now when we’re trying to appease thousands of fans instead of just nine judges.”

“It’s that shift in the mental approach that has been both challenging and really fulfilling. I think we’re sort of looking at performing differently.

“Last year we went across the country to thank all the fans that have been watching us for so many decades. And now, we just get to let loose and enjoy the ice. It’s nice to get back to the root of that passion.”

You can learn more about AIR MILES Stage Pass here.