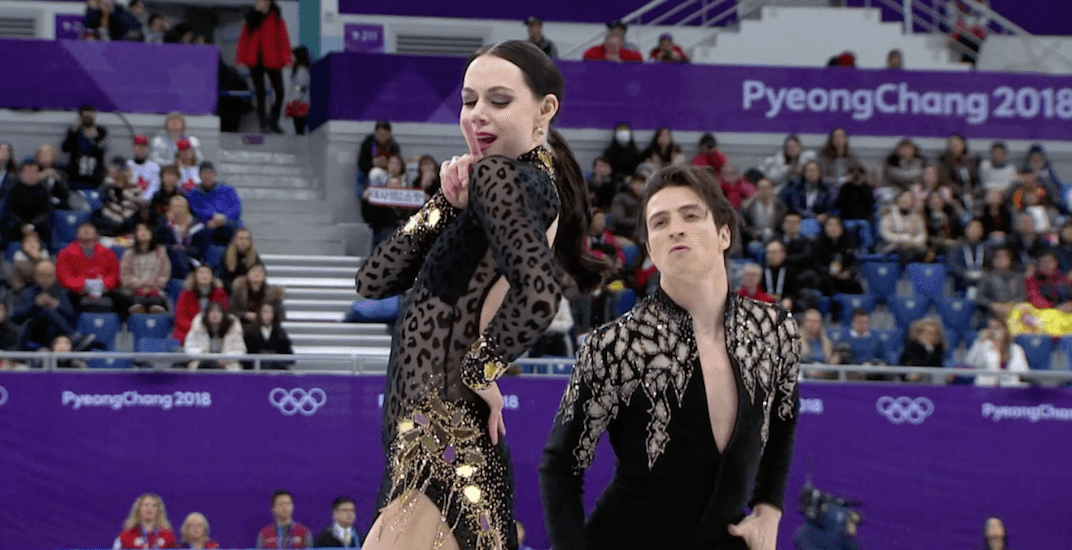 Tessa Virtue and Scott Moir captured the hearts of more than Canada at the Winter Olympics last February.

The Canadian ice dancing gold medallists solidified themselves as global stars, as audiences were both enthralled with their performance and intrigued by their relationship status. Fans even successfully campaigned for them to appear on the Ellen DeGeneres Show.

Perhaps it should come as no surprise then that Virtue appeared on ESPN’s list of 25 most famous female athletes in the world, clocking in at No. 16.

“With partner Scott Moir, Canadian ice dancer Tessa Virtue became figure skating’s most decorated Olympian by securing two more gold medals at the Pyeongchang Games,” wrote ESPN’s Elaine Teng. “Their steamy free dance to ‘Moulin Rouge’ set the internet ablaze with fevered speculation about whether the two are a couple in real life, a question Ellen DeGeneres tackled head-on in an interview on her show. (Sorry, world, they said no.)

“Since the Olympics, Virtue and Moir have been enjoying a victory lap around Canada, touring with Stars on Ice, hanging out with Drake at a Raptors game and making plans for the future. Let’s all hope it’s with each other!”

Tennis players took up 10 spots on the list, with Serena Williams, Maria Sharapova, and Venus Williams in the top-three. Other notable names on the list include skiier Lindsey Vonn, golfer Michelle Wie, and race car driver Danica Patrick.

Virtue was the only Canadian on the list and the highest-ranked figure skater.