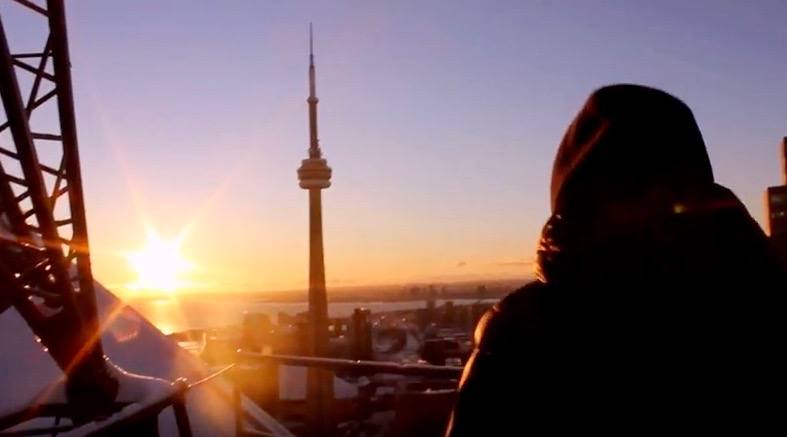 Rather appropriately, this scary video of a Toronto photographer deciding to climb an ice-covered crane that’s resting on top of a tall building is titled:

While there are many Toronto photographers making their name by, um, getting high in the city, it’s something that’s both incredibly dangerous and illegal. Of course, that doesn’t seem to be stopping the growing number of thrill and picture seekers from stopping.

In this video, a small collection of photographers can be seen gathered on a rooftop in downtown Toronto before one of them breaks off to climb the ice-covered crane. He doesn’t make it all the way to the top, turning to look down at his friends and saying, “Think I’m high enough.”

He then takes out his phone and starts shooting the view, spending a minute or so on the crane before beginning to descending. Adding, when near the bottom, “Yo, I was trying not to die. F*ck, that sh*t was scary.”

The video was uploaded by Casey Rogan, a junior member of Canada’s Men’s Artistic National Gymnastic Team, but it’s unclear who is actually on the roof or shooting the video.