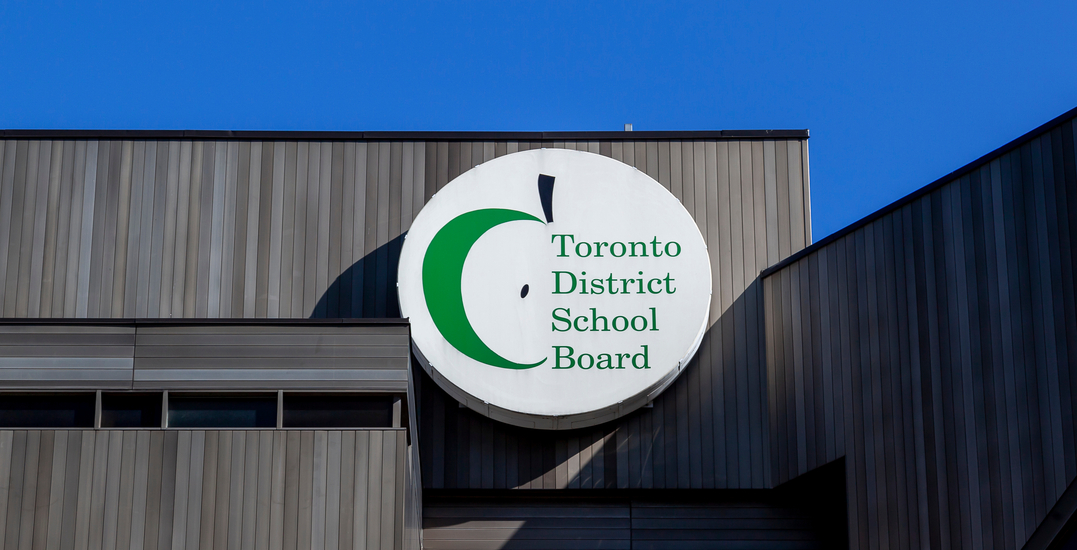 A Toronto high school teacher who allegedly wore blackface as part of a Halloween costume last month has been fired.

In a letter sent to members of the Parkdale Collegiate Institute community on Wednesday, Superintendent Debbie Donsky said that an investigation into the October 29 incident has concluded, and the “appropriate consequences have been applied.”

“I can confirm that the staff member is no longer employed by the Toronto District School Board,” Donsky’s letter, obtained by Daily Hive, reads.

“Caricatures of people’s race or culture are not appropriate and are offensive and hurtful. Regardless of whether this was intended or not, it was racist and dehumanizing.”

The incident is said to have occurred at the west-end high school during Halloween celebrations. According to a petition launched in its wake, the teacher told students that he “didn’t have an idea for his Halloween costume, so he decided to paint his face black.”

The petition, launched by “concerned parents and neighbours,” demanded that the TDSB take action to address racism and discrimination in its classrooms.

Donsky’s letter alludes to a separate incident of anti-Black racism involving a staff member at Parkdale Collegiate Institute, but does not provide specific details on the case.

An investigation is ongoing into this latest incident, and an update is expected next week, Donsky said.