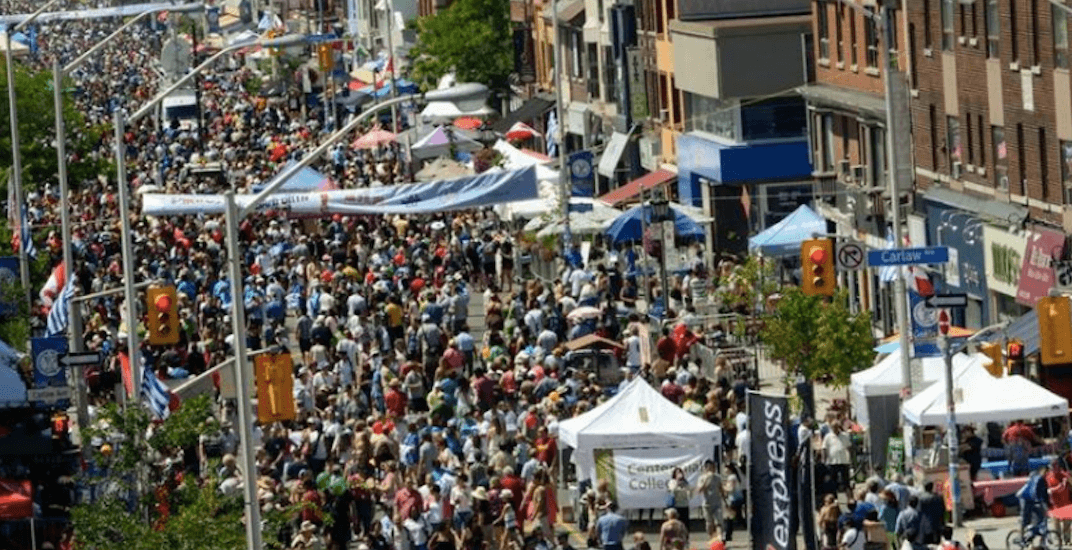 The City of Toronto is extending the cancellation of City-led and City-permitted major festivals, and that includes this year’s Taste of the Danforth.

The summer event attracts more than 1.5 million attendees annually, who all come together to celebrate the Danforth’s Greek heritage, along with Canada’s multiculturalism.

Initially scheduled for August 7, 8, and 9, the event is unable to run as the city has extended its cancellation of festivities with attendance of 25,000 or more through to August 31.

Events and festivals with an attendance of more than 250 people are also cancelled through to July 31. The City said the resumption or cancellation of professional sporting events is not included in their decision, announced Friday.

This extension of cancellations follows the previous one that included all such events up to June 30, and the cancellation of Canada Day events, announced on March 30.

“It is with deep regret that we are forced to extend the cancellation of large festivals to continue to stop the spread of COVID-19 and save lives,” said Mayor John Tory.

“Special events and festivals are critical to the livability, vitality and economic success of Toronto, and that is why we are launching the Cultural Festivals Recovery Program to ensure that when we defeat COVID-19, these festivals can return safely and contribute to Toronto’s economic recovery.”

Other events of more than 25,000 people impacted by the cancellations through to the end of August include Jerkfest, Taste of Manila, the Toronto Chinatown Festival, and more.

To mitigate the impacts of these cancellations, Tory said that the City will repurpose grant funding that was previously approved by City Council, in order to support festivals that have been impacted by the COVID-19 pandemic.

The CNE was also cancelled for 2020 earlier this week.