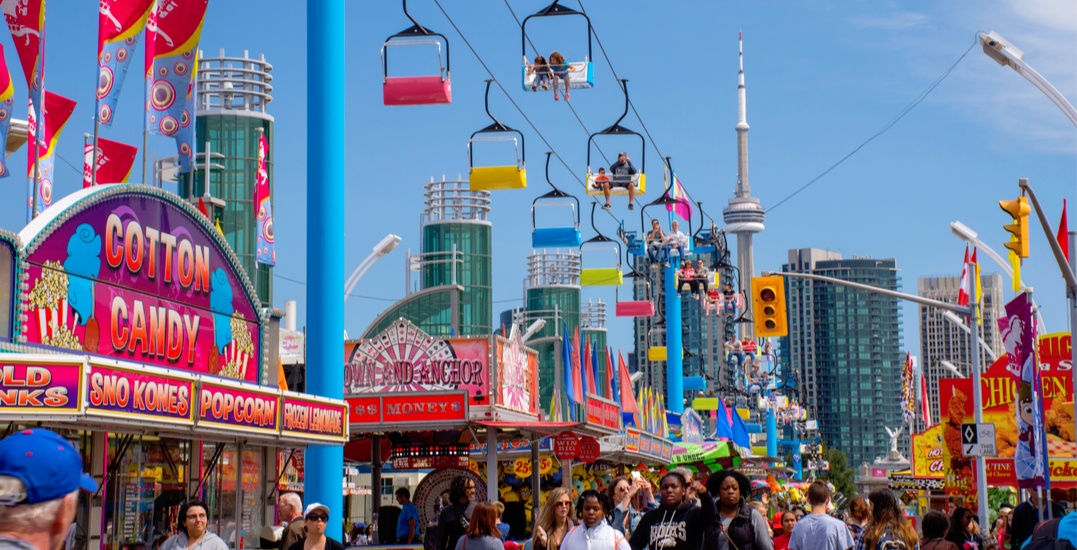 After consultation with the city, government officials, and the event’s Board of Directors, the Canadian National Exhibition (CNE) has been cancelled for 2020.

The cancellation is the CNE’s first since World War II, wherein the grounds were transformed into a centre for the Canadian Armed Forces from 1942 to 1946.

“Safety always comes first at the CNE, and the decision to cancel our event is the right decision during this critical time to protect the health of all Canadians,” said John Kiru, President of the CNE.

“Summer in Toronto will not be the same without the sights and sounds of the CNE, alongside so many annual festivals and cultural events that have been forced to cancel. We stand in solidarity with the collective effort to curb this global pandemic, and we will all do our part to ensure it happens.”

In response to the global pandemic, the City of Toronto cancelled permits for all major events until the end of June, including Pride.

Past the permit cancellations, the exhibition was scheduled to run from mid-August to early September. The Canadian International Air Show has jointly cancelled its 2020 show, which takes place annually over Lake Ontario on Labour Day Weekend, during the final three days of the CNE.

Premier Doug Ford announced on Tuesday that the province’s state of emergency, initially extended to end today, May 12, will be elongated once again for another 21 days.

When asked about the CNE’s cancellation during his daily press conference, the premier said, “I’m going to miss it.”

Like Pride has plans for virtual activities throughout the month of June, the exhibition says that CNE organizers organizers are “planning to bring the fun of the fair through creative and innovative ways,” via the event’s social media channels.

“Our hearts go out to the thousands of Canadians and families who have been affected by COVID-19; and we continue to draw hope and inspiration from the bravery of our healthcare and frontline workers, the compassion of everyday heroes, and community spirit that is stronger than ever,” Kiru said.

“We believe in the resilience of Torontonians; and know – when the time is right – the CNE will be back.”