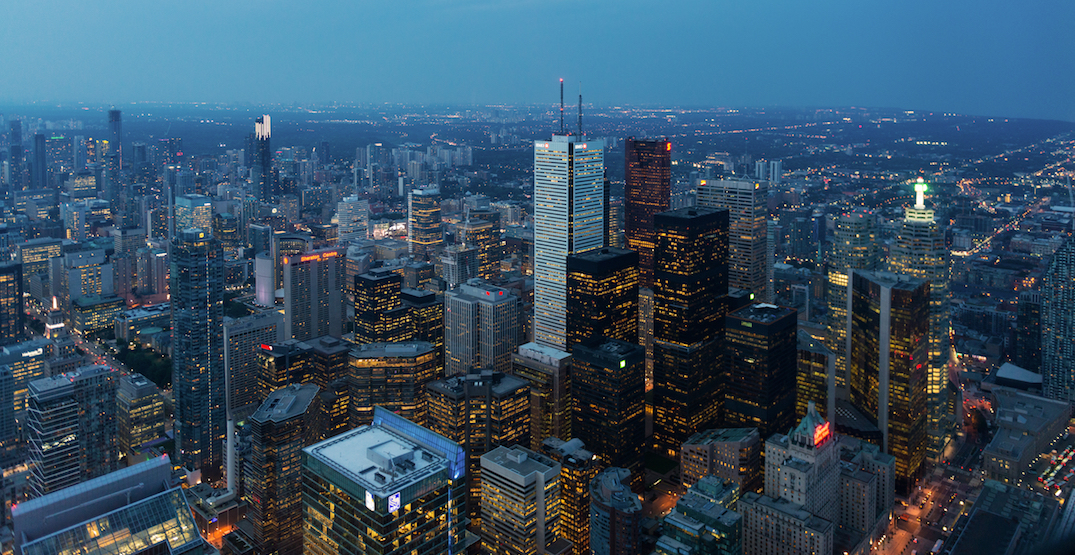 Toronto has been going up in height over the years, with new towers seeming to pop up constantly, so that begs the question: what exactly are the tallest buildings in Toronto right now?

Of course, the CN Tower is the tallest structure in the city, but because it’s not technically a high-rise building due to its lack of sequential floors, it’s not included in the list.

There are quite a few planned and under-construction buildings right now that are set to surpass some, or even all, of buildings on this list, but for now, here are the 10 tallest buildings in Toronto. 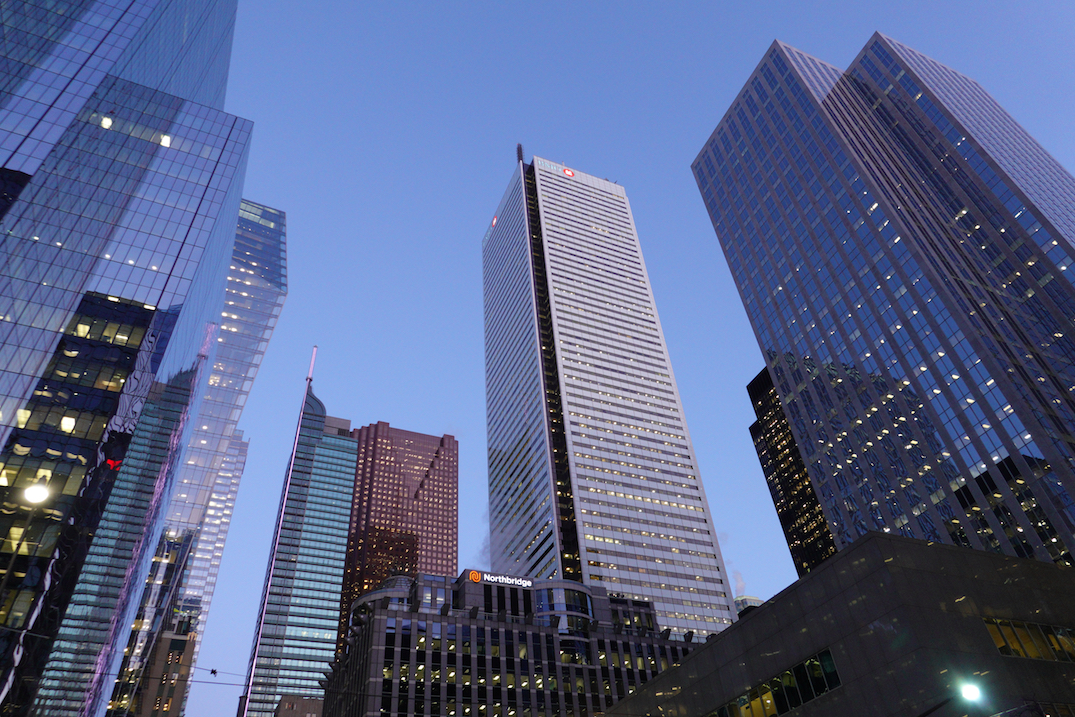 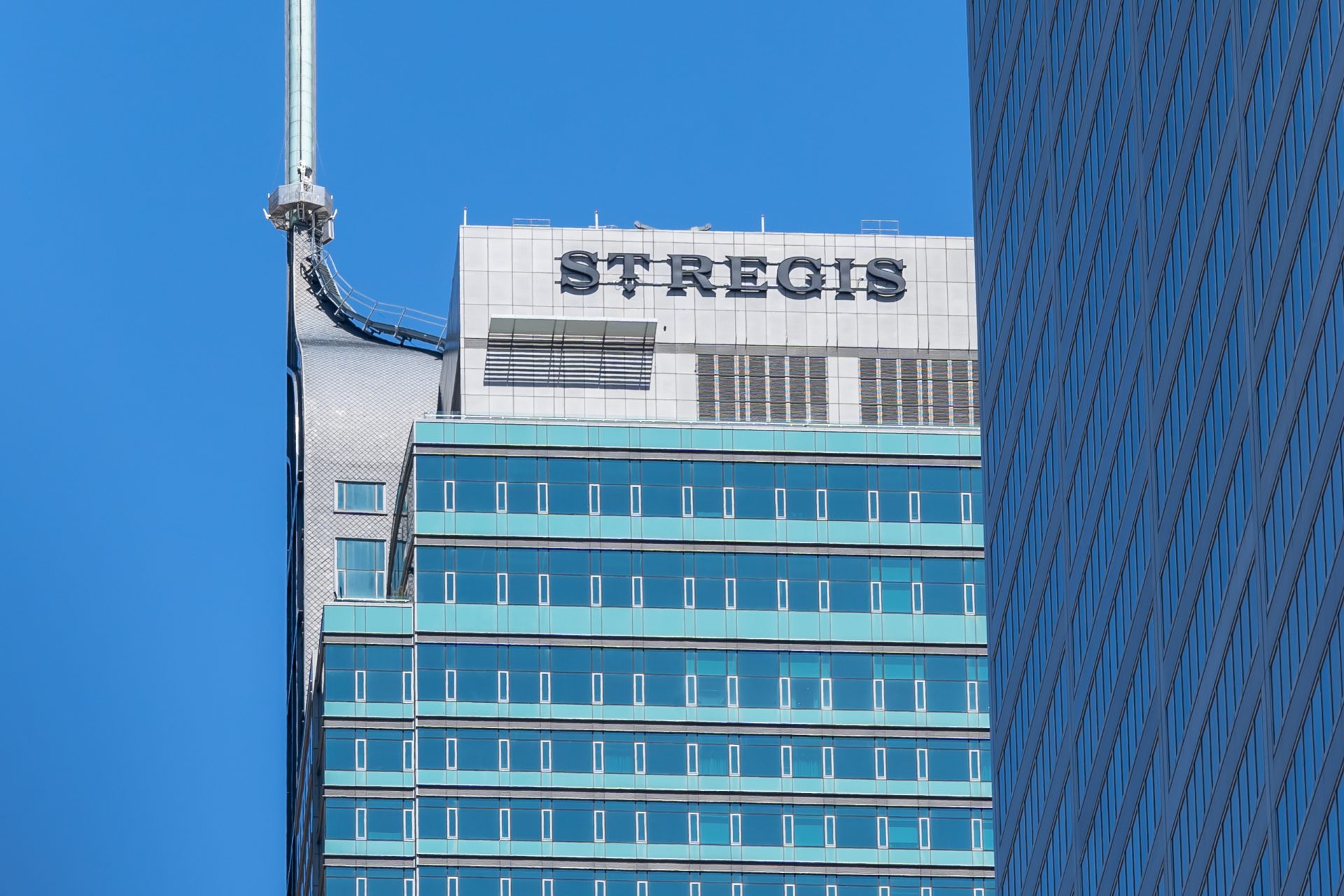 Opened in 2012, this Bay Street tower has both hotel rooms and condos. When it first opened, the building was called the Trump International Hotel and Tower Toronto, but it underwent a name change in 2017 after public pressure to drop the affiliation with the US President. 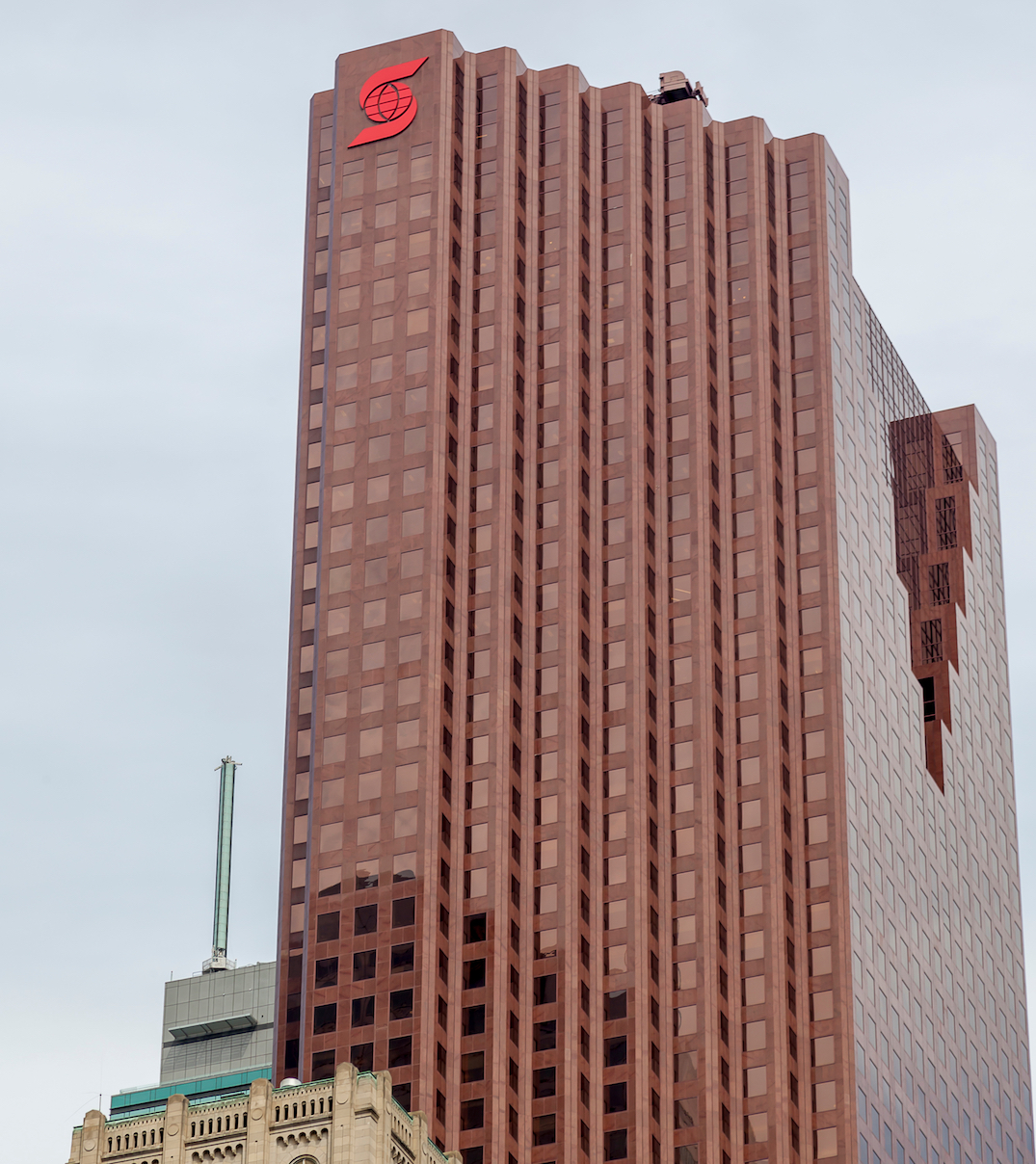 This tower, which houses 68 floors of office space and 40 different retail stores, used an innovative design to incorporate the historical Beaux-Arts Bank of Nova Scotia Building into its base. 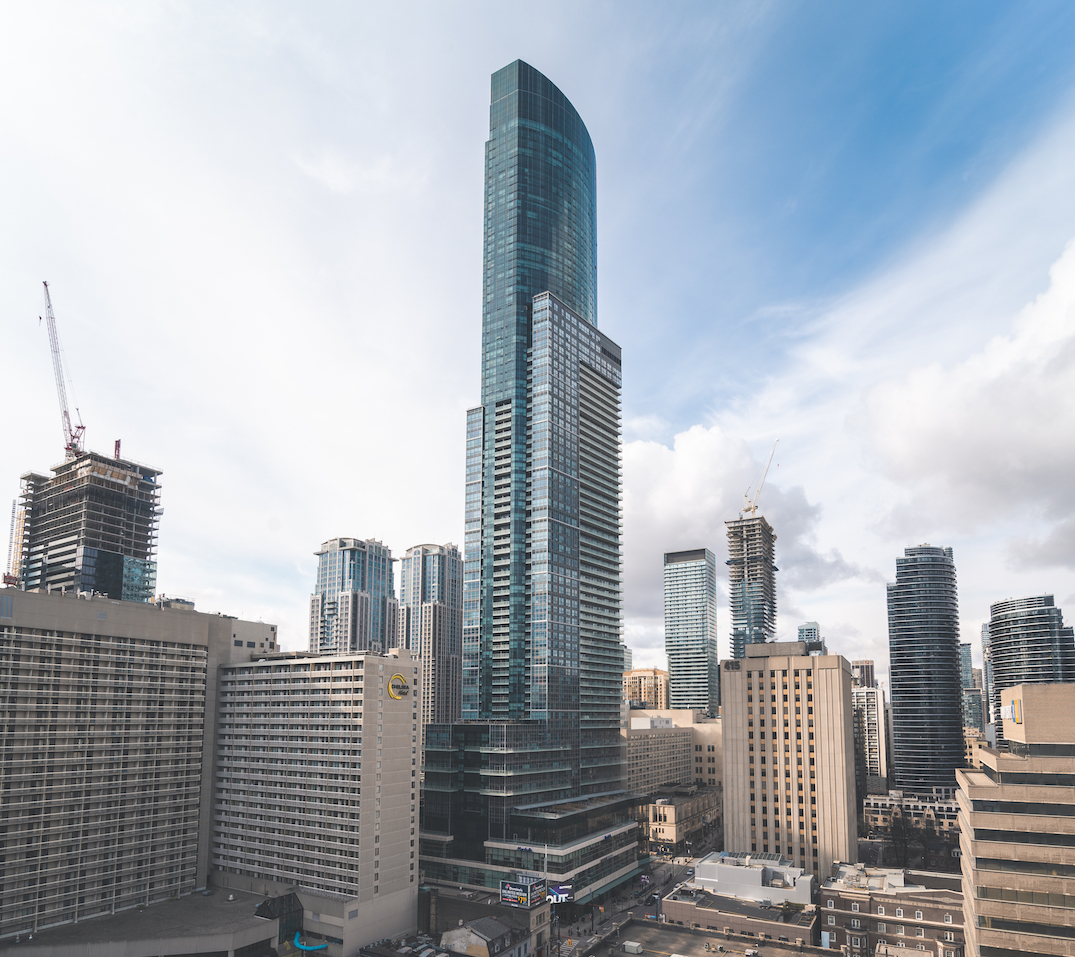 Part of the Residences of College Park, Aura is currently the tallest residential building in Canada, with a whopping 995 units. 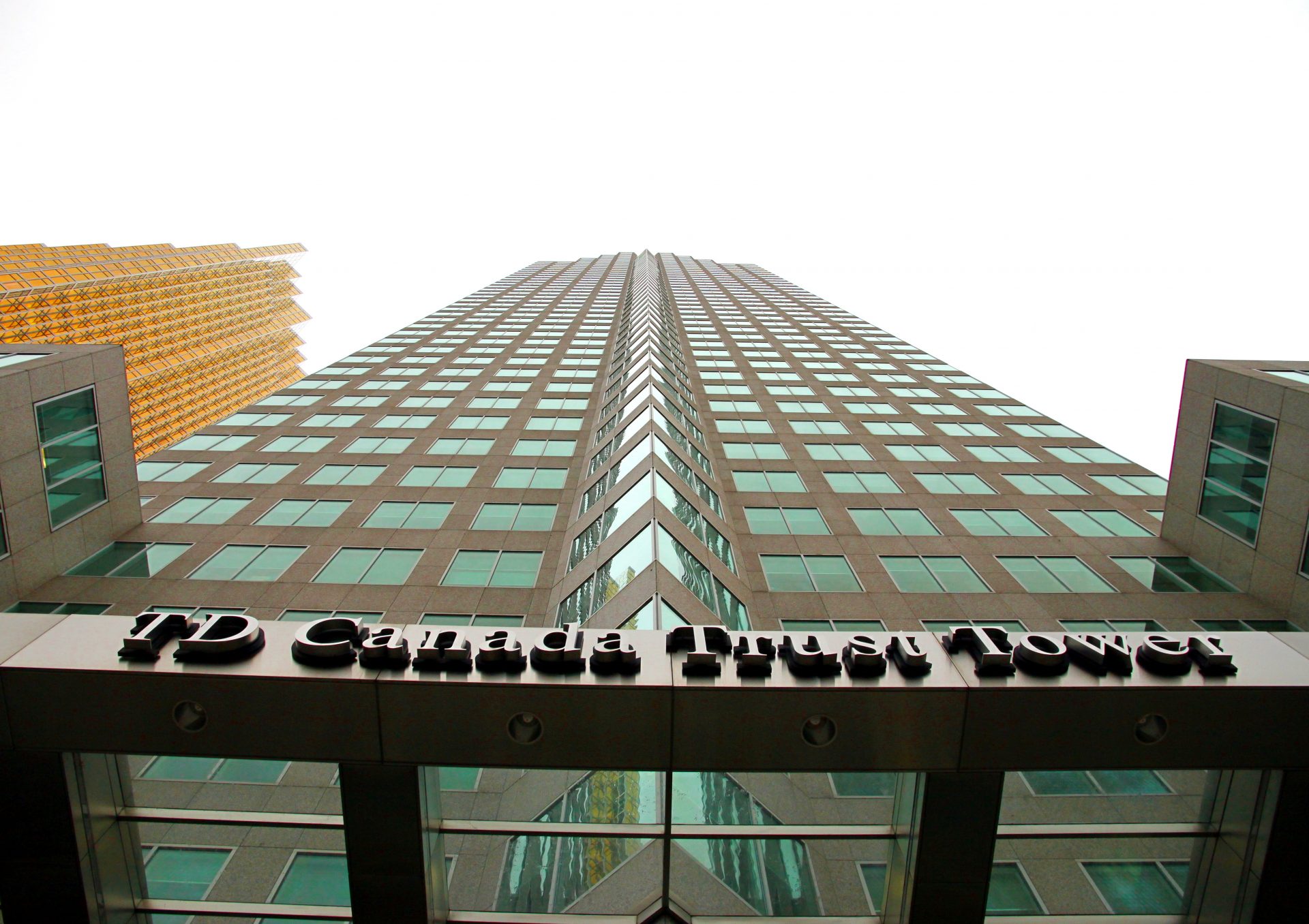 Part of Brookfield Place, the TD tower is known for its interesting tiered design and the iconic TD spire that sits on top. 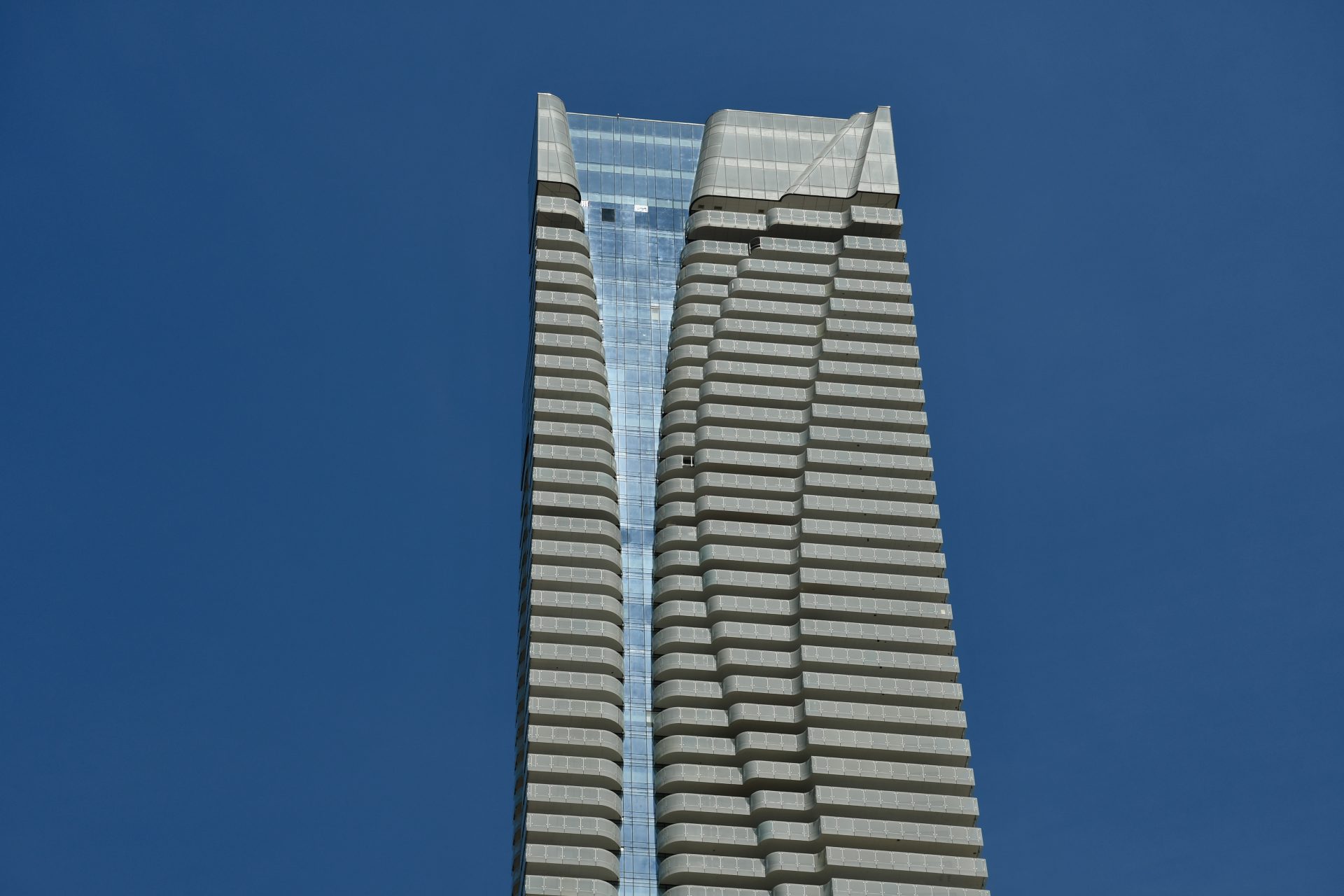 After several failed attempts by different developers to build a residential building at this address, the mixed-use skyscraper that now stands at 1 Bloor Street East was finally completed in 2015. 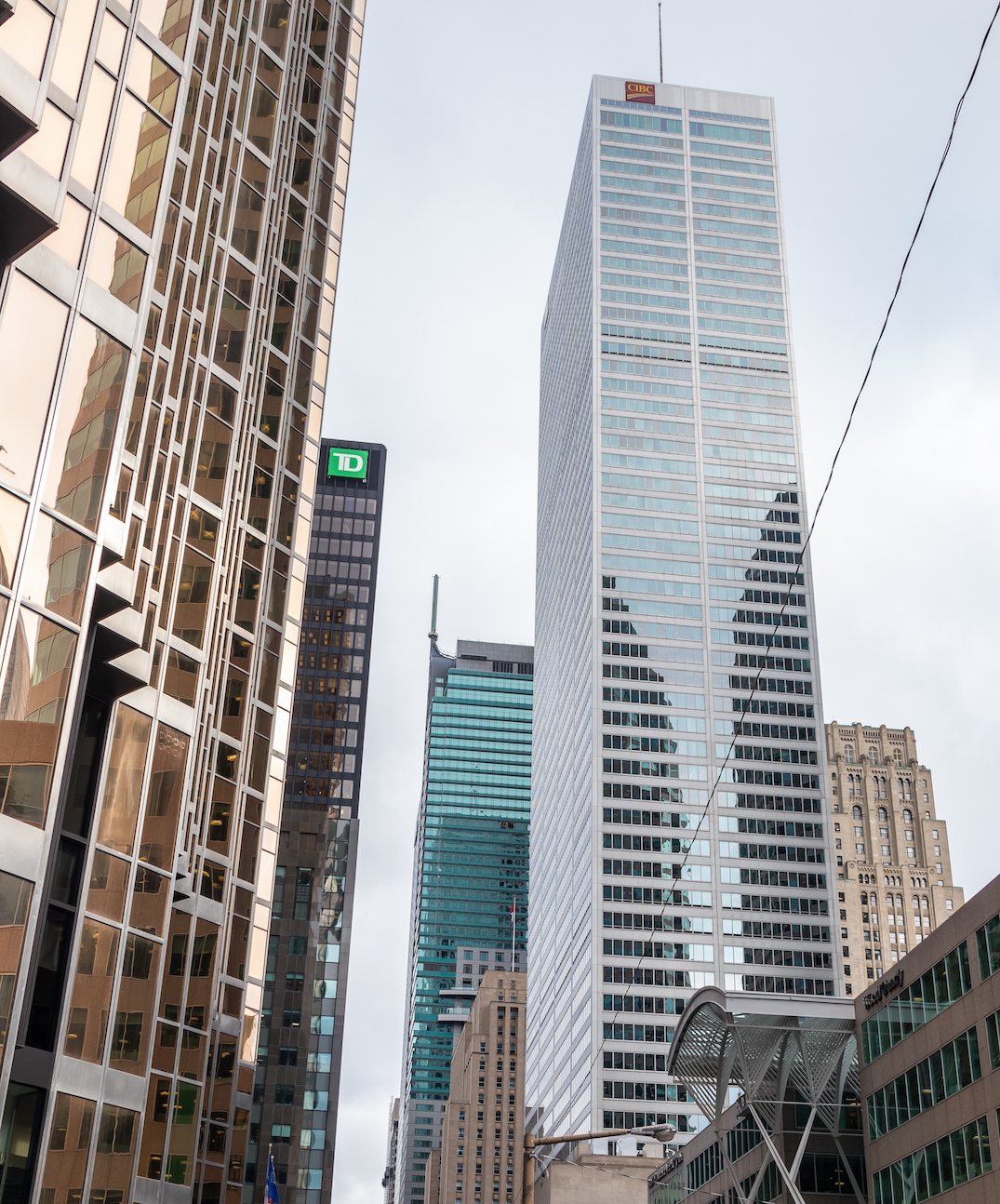 The Commerce Court West tower had a good run as Canada’s tallest building after its completion in 1972, until 1975 when it was beat out by First Canadian Place. 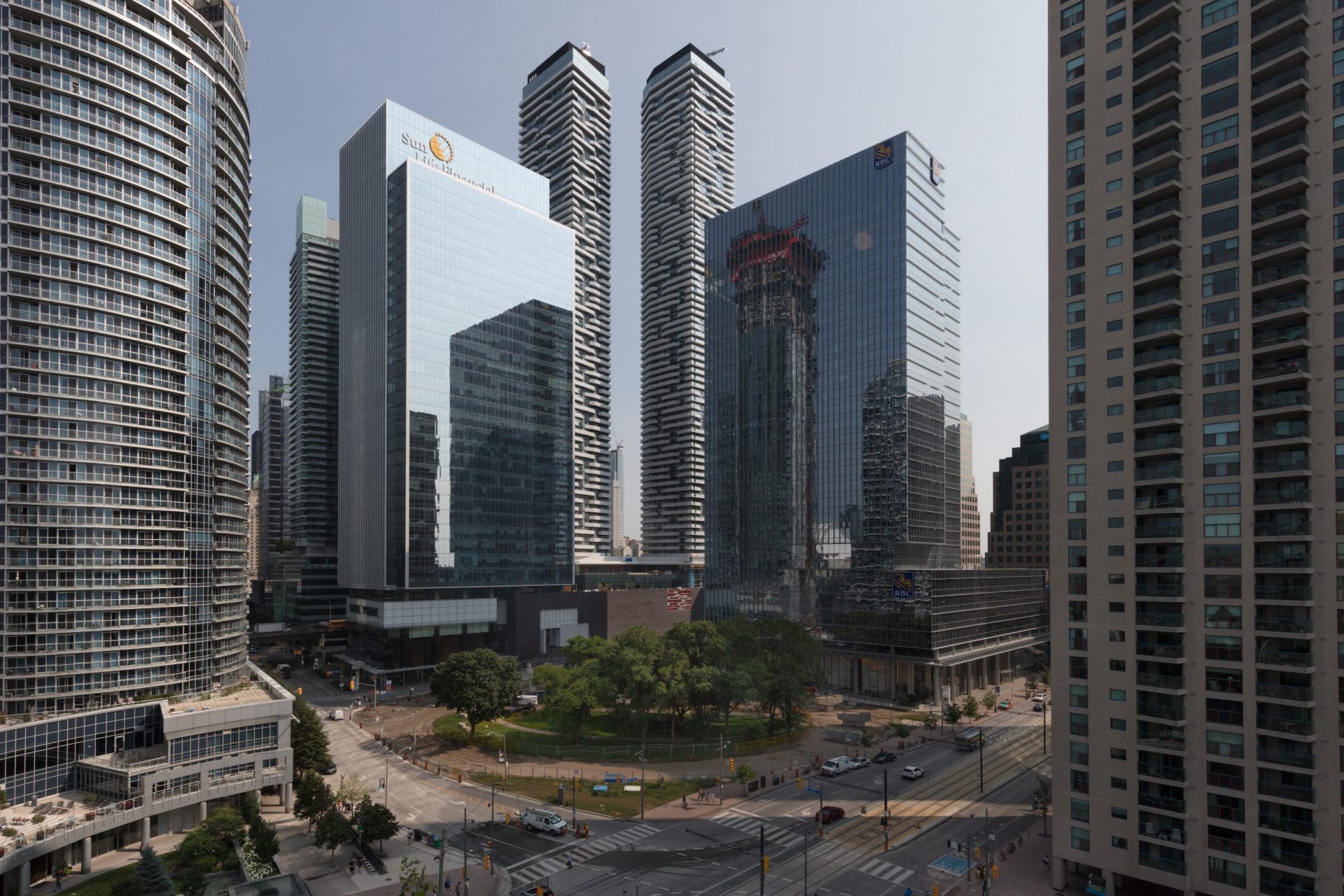 The east tower of the two-tower residential development in Toronto’s Harbour Front neighbourhood beats out the west tower by just a few floors, earning it a slightly higher spot on the list. 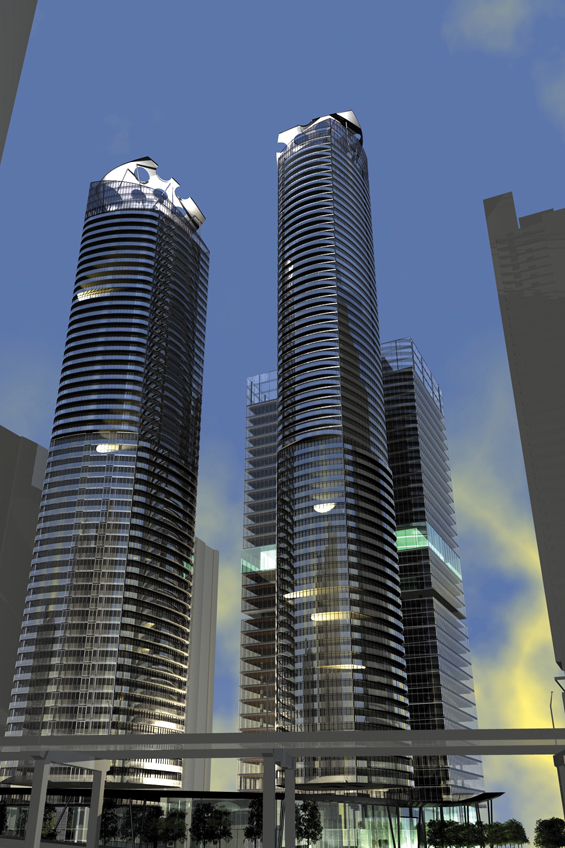 This side of the two-tower residential high-rise ICE development sits 10 storeys higher than its counterpart and is within walking distance to some of the city’s biggest attractions like the CN Tower, Ripley’s Aquarium, and the waterfront. 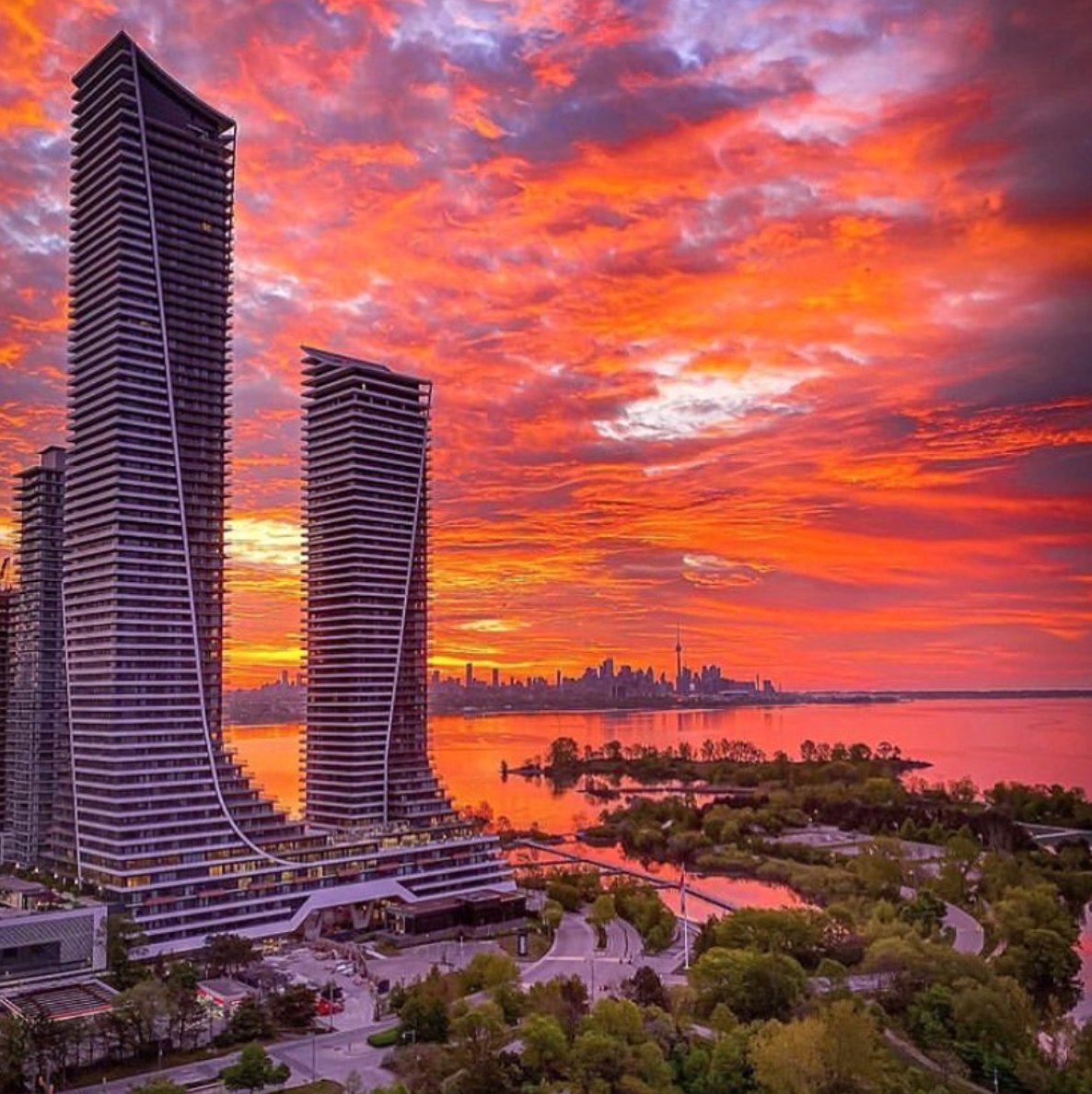 In a tie for tenth place, the Eau du Soleil in Etobicoke has 66 storeys of condos in an interestingly designed building with a sloping base.

The west tower of the Harbour Plaza Residences, coming in just nine metres shorter than its sister tower, ties for last place with its 228m in height and 63 storeys.