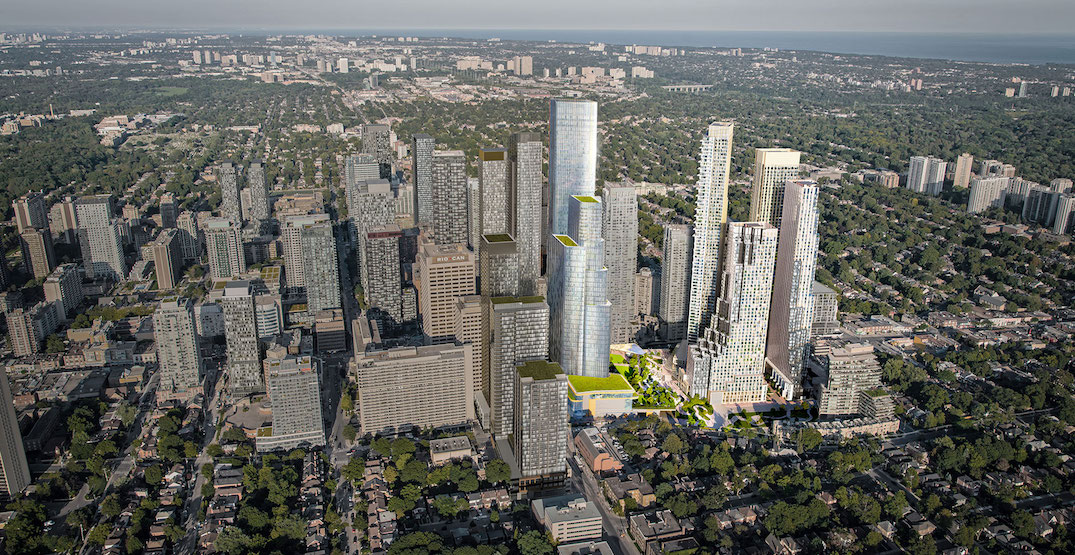 The corner of Yonge and Eglinton could look very different in the not too distant future.

A City of Toronto report released earlier this month details the plans for a five-tower development at the southwest corner of the North Toronto intersection. According to the report, the development will consist of five towers at varying heights, which would add a total of 2,701 residential units, and there would be quite a bit of open public space.

The developers behind the project, Oxford Properties, are still awaiting a zoning variance approval from the City before they can get started, but they’ve already got the first phase of construction planned out. 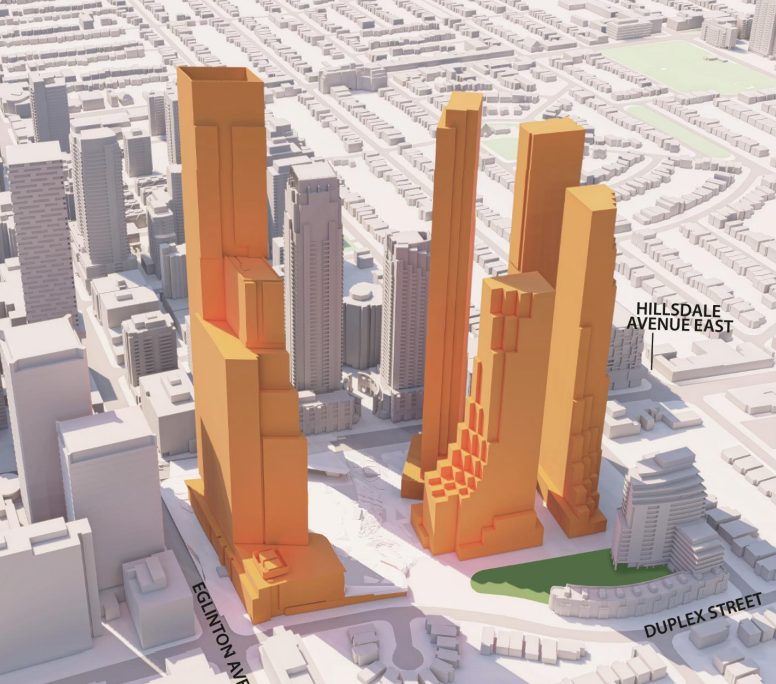 The first part of the project to be built would be a 60-storey tower that would have retail on the first floor, office space on the first through 27th floors, and 420 residential units on the remaining floors.

There would also be a large-scale transformation of pedestrian-level space during the first phase, including replacing two of the nearby subway station entrances, building a new bus terminal, and creating an open public plaza at Yonge and Eglinton with green space and a covered outdoor area.

To complete the project, the two office buildings, parking structure, and decommissioned bus terminal that currently occupy the land would need to be demolished. 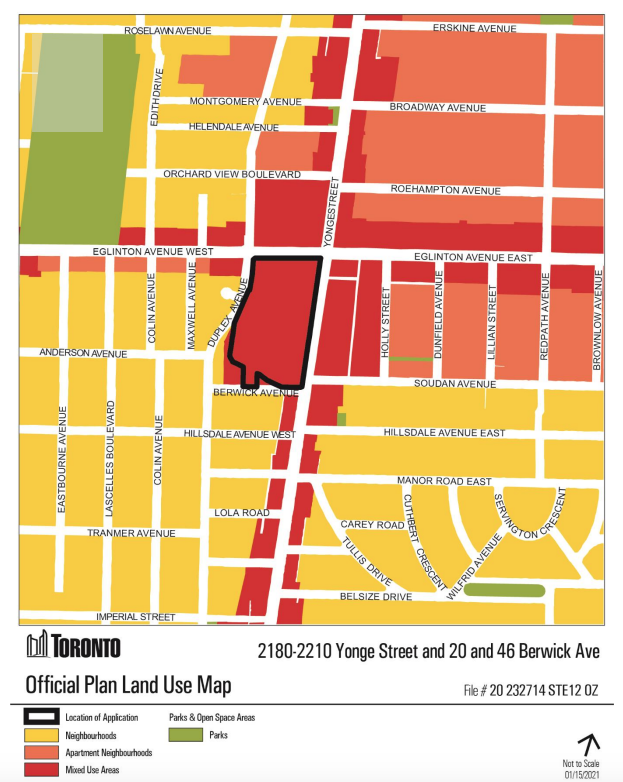 Public outdoor space is a major part of the plans and will include: 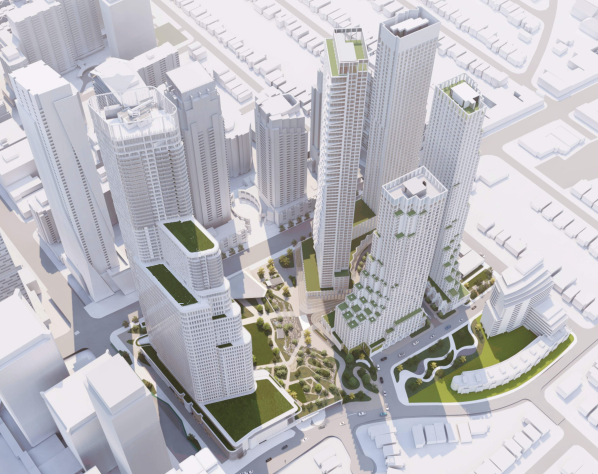 The City expects that this development will add significant value to the area, saying it will be a “major centre of economic activity,” “a civic and cultural hub,” and “a focal area for retail and service uses that meet the day-to-day needs of residents and workers in Midtown and draw visitors from across the city.”

These buildings will likely have some pricey residential units, but according to the report, it’s also likely that some will be made affordable.

“Given the scale of the development, it is expected that affordable housing will form part of the housing options available on the site,” the report reads.

Oxford properties filed their rezoning application in December and are still awaiting approval from the City.