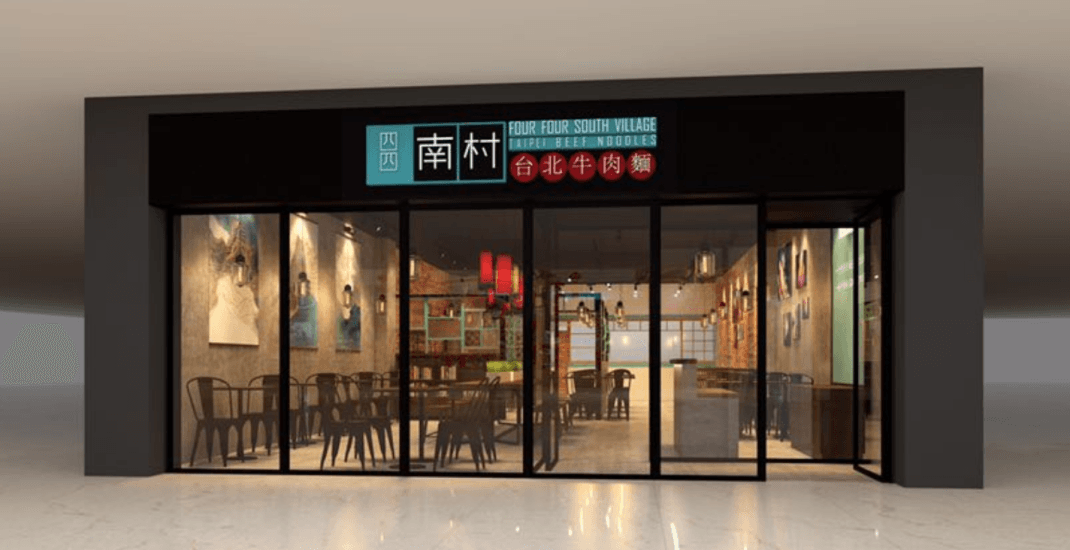 An incoming Taipei beef noodle house is the newest addition to Toronto’s ever-growing collection of Asian chain restaurants. Four Four South Village is going in on Yonge Street north of College and is expected to open this August.

According to a post on the company’s Facebook page, the restaurant aspired to become the number one source for beef noodles “in the hearts of oversea Chinese people around the world,” and the plan is to open outposts in Toronto, New York, and Chicago this year.

The restaurant is named for Taipei’s residential district for military personnel and celebrates a dish so popular within Taiwan that it’s inspired an annual Beef Noodle Festival. And, gold and silver medalists from the festival have been enlisted to develop the menu for Four Four South Village restaurants.