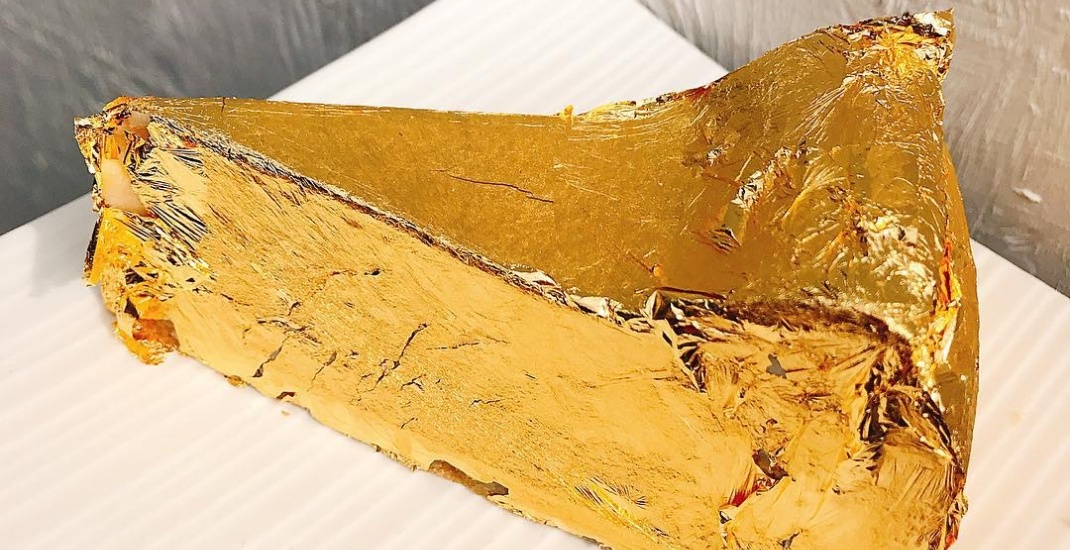 The ostentatious new gold-covered cheesecake is available in stores now and is priced at $20 per slice – still cheaper than the golden brownies ($100) that debuted in Montreal just last month.