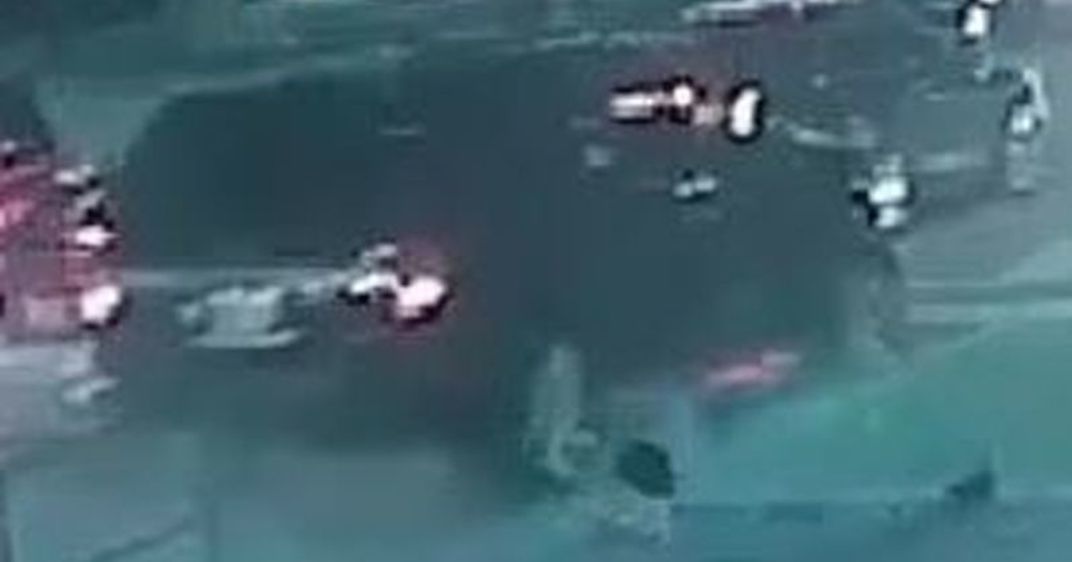 Police are looking for a suspect responsible for a hit and run on Sunday that left a 21-year-old man in life-threatening condition.

Police say the young man was standing at a glass TTC shelter in the area of College Street and Spadina Avenue when a black SUV jumped the curb and hit him just before 2 am.

The suspect’s vehicle was driving westbound on College, in the passing lane, approaching Spadina prior to the collision.

Police say the driver of the suspect’s vehicle passed at least three motor vehicles that were stopped in the passing lane of westbound College Street at Spadina Avenue, between the stopped vehicles and the TTC streetcar stop.

The vehicle then mounted the TTC traffic median, striking the glass shelter and the pedestrian. The suspect remained in the vehicle and fled the scene, according to authorities.

The pedestrian sustained life-threatening injuries and was transported to hospital.

Investigators that attended the scene located a side-view mirror, which belongs to either a Ford Expedition, 2015 to 2017 model, or a Lincoln Navigator, 2007 to 2017 model.

Police are urging the suspect to speak to a lawyer and to contact investigators.

Local residents, business and drivers, who may have security or dash camera footage of the area or incident, are being asked to contact investigators at 416-808-1900, Crime Stoppers anonymously at 416-222-TIPS (8477), or online.