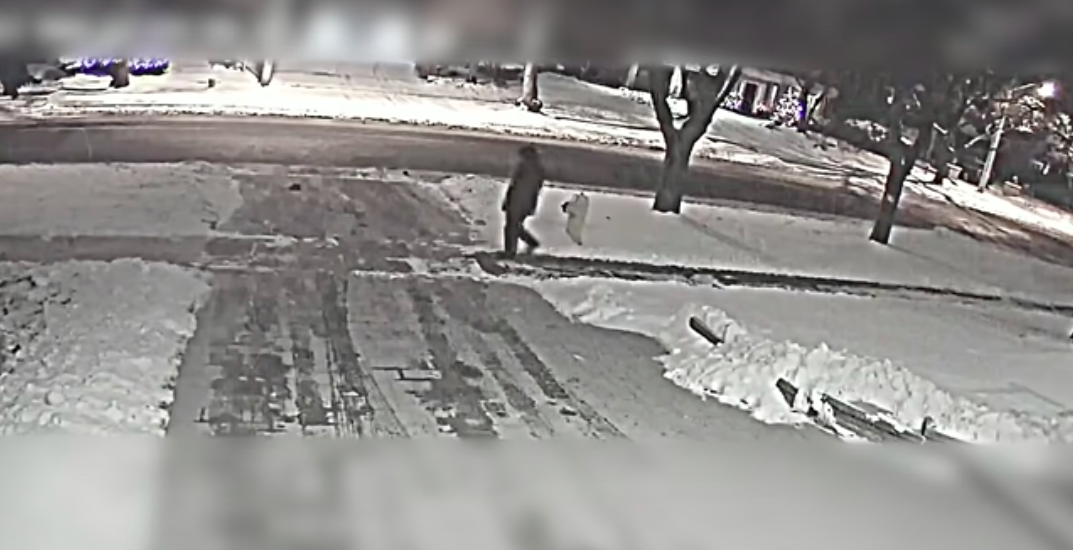 Toronto Police have released images and video of a man they say is a suspect in the Barry and Honey Sherman murder investigation.

The Shermans, who were well-known Toronto billionaires, were murdered in their home in December 2017. An investigation has been ongoing since then.

Police have been working to identify the individual in the video since 2017. They have completed video analysis alongside the FBI and OPP to try to determine the person’s identity.

They have also canvassed the neighbourhood to identify the person. So far, no information has come forward so they have now released the video to the public. The individual identified by police as a suspect is described as being between 5’6 and 5’9.

“Through our investigation, we have determined that this individual’s purpose in the neighbourhood is unexplained. The timing of his appearance is in line with when we believe the murders took place. Based on this evidence, we are classifying this individual as a suspect,” Det. Sgt. Brandon Price, lead investigator from Homicide, said in a statement.

He told reporters at a press conference that he hopes people will recognize the individuals walk, as they kick up their right heel.

This is not the only footage of this individual that the police have, Det. Sgt. Price told reporters. They have been unable to determine why this person was in the area, and the timing lines up with when police believe the murders took place. That is why this individual is being described as a suspect, according to Det. Sgt. Price.

A private $10 million reward is still being offered by the Sherman family.