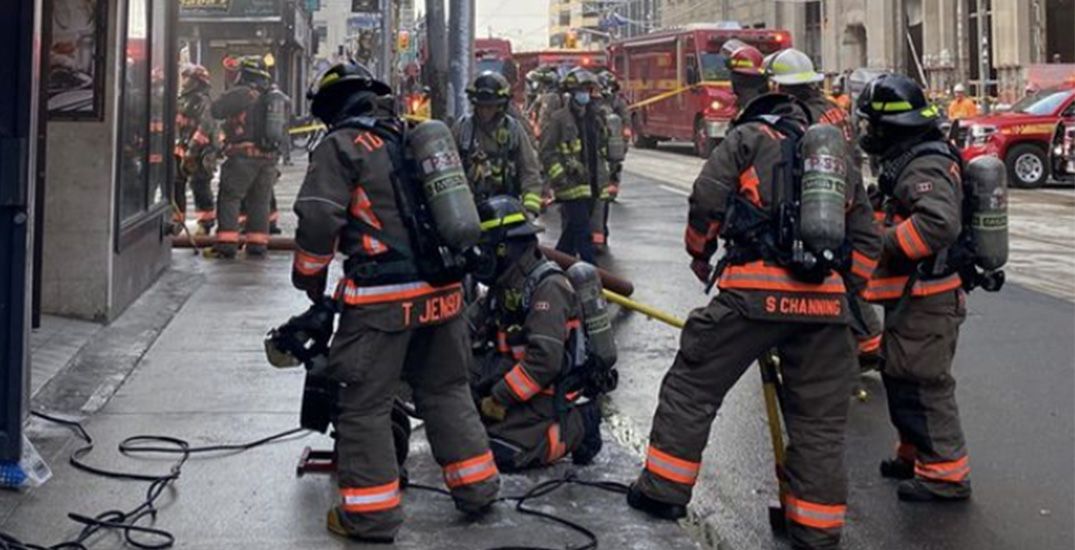 Popular Toronto Chinese restaurant Hong Shing announced that they’re closed until further notice after a fire broke out this morning.

“We are thankful that no one was injured and no other businesses were affected. Further updates will be provided via our social media channels,” they stated in an Instagram story. 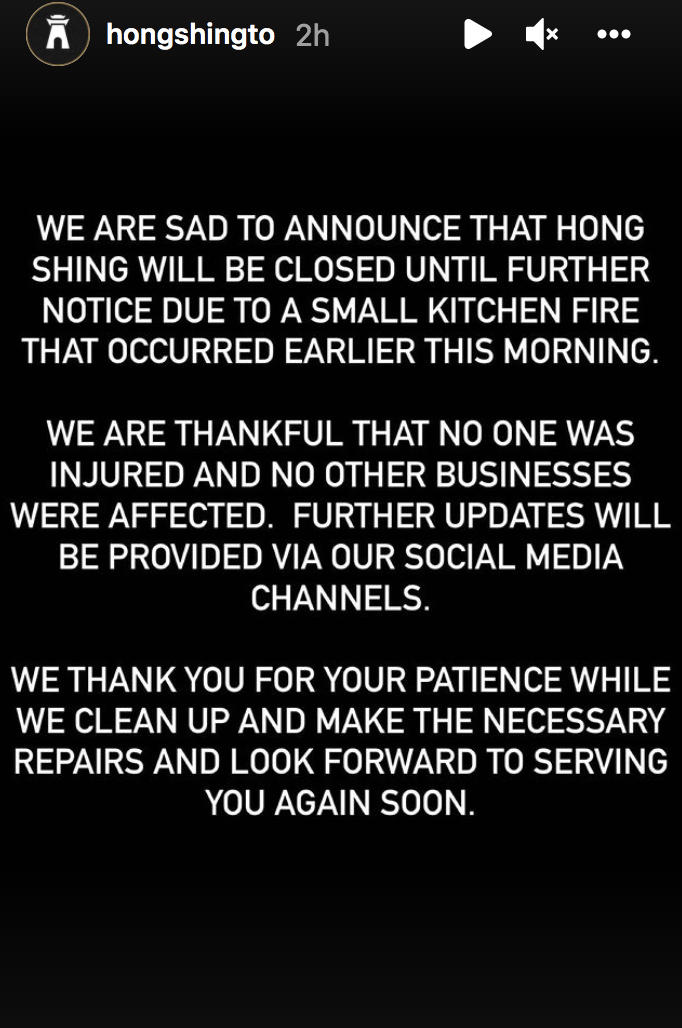 Just after 10:30 am, Toronto Police reported that a fire broke out at the popular Toronto restaurant located on the corner of Dundas St. West and Centre Avenue.

Toronto Fire Services said the fire broke out on the main floor in the restaurant’s kitchen and told Daily Hive that a woman was trapped in the basement of the restaurant during the fire. She was rescued and suffered no injuries.

They’re currently investigating the cause of the fire.

Dundas St. West, which was closed in the morning due to the fire, is now open to traffic.