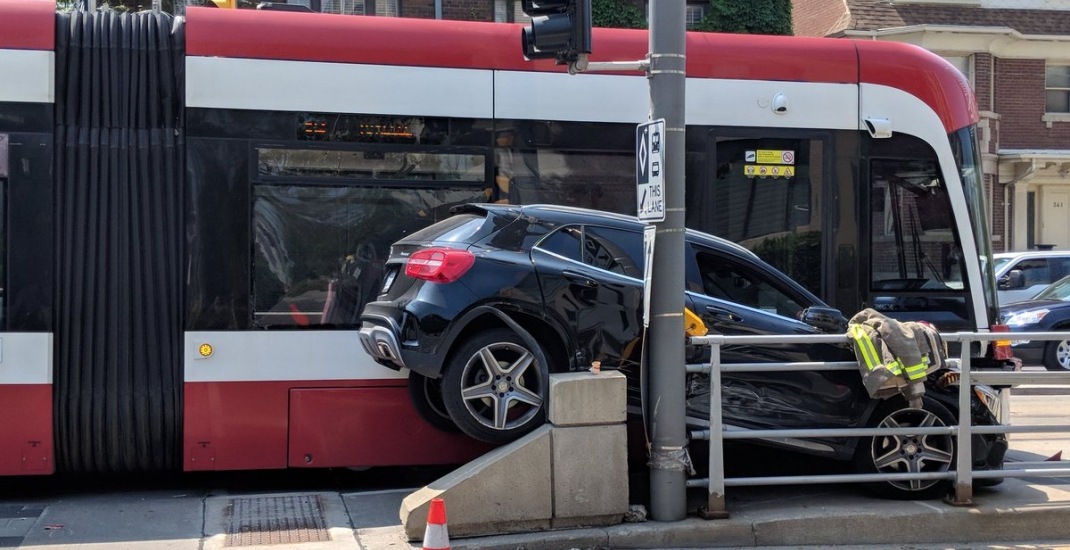 A Mercedes SUV became inexplicably wedged between a streetcar and a transit barrier over the weekend effectively taking one of Toronto’s new model TTC vehicles out of commission.

While the occupants of the car were briefly trapped, thankfully only minor injuries were reported following the incident which took place late Saturday morning on St. Clair Avenue West near Spadina Road.

Bystanders captured and posted photos of the aftermath showing the streetcar blocking the intersection and the damaged car with its rear wheels in the air.

A Reddit user also posted a video of the streetcar reversing to free the trapped car as someone off-camera remarks, “We broke the mirror… is that going to go on the report?” Priorities, people.

While the circumstances of the “accident” are still unknown, per usual, social media users have been quick to speculate with witty one-liners. Surely the streetcar swerved, right?

Was there not a cyclist somewhere we could have blamed this on?