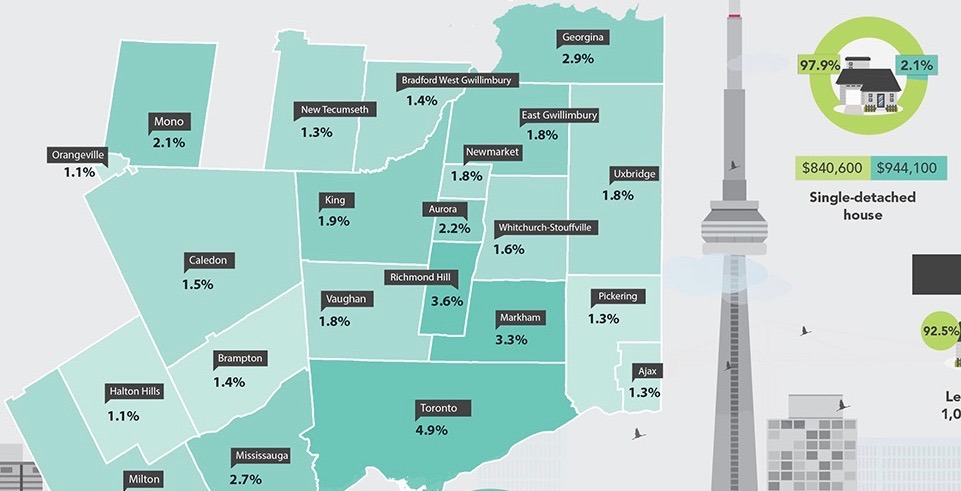 Non-resident ownership of real estate in the Greater Toronto Area is “low and stable,” according to a report by Stats Canada and the Canada Mortgage and Housing Corporation (CMHC).

In a joint study aimed at developing framework designed to address data gaps related to housing, data revealed that non-residents owned 3.4% of all residential properties in the GTA. In the city of Toronto that percentage was the highest in the region at 4.9%.

Stats Can defines a non-resident as an “individual whose principal residence is outside of Canada.” In the GTA, non-resident ownership was more prominent in the condo market, where 7.2% of condos were reportedly owned by foreign buyers. 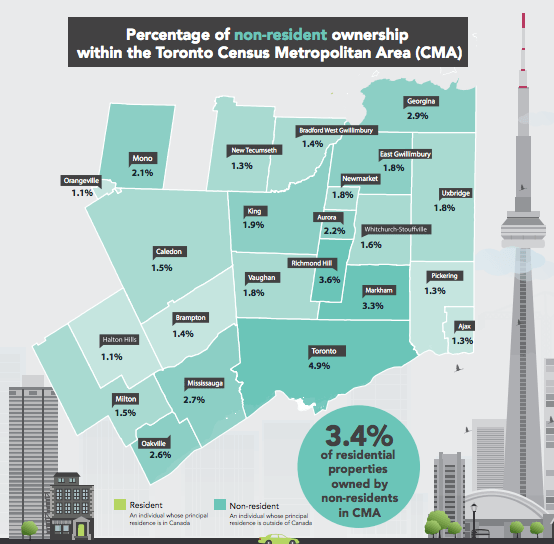 In the GTA, Stats Can says that the shares of non-resident owned properties were largest in the municipalities of Toronto (4.9%), followed by Richmond Hill (3.6%) and Markham (3.3%).

The CMHC says that these percentages are both low and stable.

“The share of condominium apartment owned by non-residents remained low and stable in Canada,” said Bob Dugan, Chief Economist, CMHC, in a statement. Dugan said that the introduction of foreign buyers’ taxes in Ontario “may indicate a shift in demand by non-resident buyers.”

“It should be noted that foreign ownership is just one of the factors influencing Canada’s housing markets,” he said. “Other important factors include housing and land supply constraints as well as the economic and demographic fundamentals that drive housing demand.”